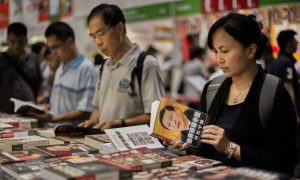 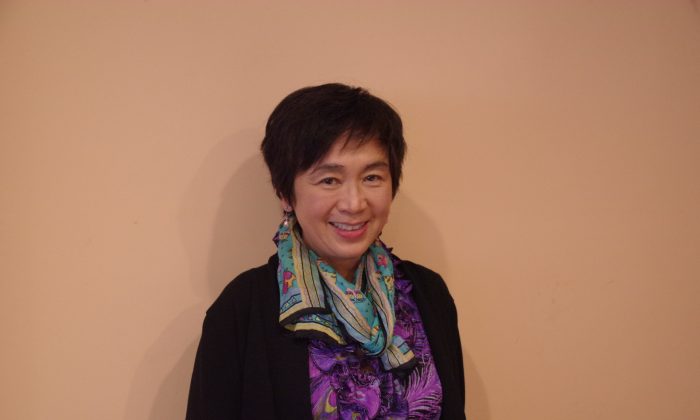 Vera Lam and Her Debut Novel ‘The Lonely American’

It has been 40 years, and the Vietnam War is farther and farther away from us. However, a Taiwanese writer who grew up in Vietnam and can speak Chinese, English, French, and Vietnamese, has brought the memories back to us.

Vera Lam, a Silicon Valley entrepreneur, spent her childhood in Vietnam’s most turbulent times. In her award-winning debut novel “The Lonely American.” the war is told by both sides—civilians and an American soldier.

Published in Taiwan in both Chinese and English, the novel won the first prize in the Chinese-language book award category by the Federation of Overseas Chinese Associations in 2014.

In an October gathering of the North American Chinese Writers Association of Southern California in Monterey Park, I met Vera Lam for the first time.

The novel won the first prize in the Chinese-language book award category by the Federation of Overseas Chinese Associations in 2014.

She told me the book started as her own memoir, a few months after her father passed away. For her, writing was therapeutic, a way to make amends with the past.

It took her six years of painstaking effort, and the memoir turned into a novel. The book “is among other things the fulfillment of a promise to tell the story of places and experiences she has known, and of people whose destinies she has shared,” states the introduction inside the back cover of the book.

Indeed, only with her unique background and experiences could such a period drama be possible.

Lam’s father was a Whampoa Military Academy graduate. He followed Chiang Kai-shek to Taiwan. Later, he was sent to Southeast Asia to do intelligence work for the Taiwan government, and there he met Lam’s mother—who was of Vietnamese and French descent.

After the Communist takeover, her father returned to Taiwan. Lam, then a teenager, immigrated to France where she attended high school and music conservatory. Moving to the United States later, Lam earned degrees from the University of Southern California and a Master of Business Administration from Harvard. She has been an entrepreneur and executive in Silicon Valley for 20 years.

Lam said her father was most loyal to Taiwan, leaving the raising of the children to his wife. In Lam’s mind, her father was an imperious figure and triggered her rebellious behavior. Still, one can see how she’s been deeply influenced by her father.

She said there was no real-life prototype for each character in the book, but her family’s shadow was everywhere. Lam has seven brothers and sisters. One of her brothers-in-law is a U.S. military man. Lam herself is still single, as “destiny hasn’t arrived,” she said.

The book has nearly 400 pages. Starting with a U.S. Navy officer and a half-Chinese girl’s romantic yet short-lived foreign love story, it shows the human suffering of the war, the national interests working behind it, and the ubiquitous ethnic conflicts. However, love, responsibility, forgiveness, and reconciliation make up the true message of the story.

“People do not want to listen to the lessons,” said Lam. “I told the story which repeated so many times in the history to remind politicians. The victim of war will always be everyday people. The memories of the states, and their rulers, are short.”

Therefore, she said, the title of the novel was not only a description of the protagonist, but also carried larger implications. “A 70-year-old American professor may consider it to be a war novel. A mother may see a family story, a love story … different people will resonate differently.”

The book also reflects the identity crisis Lam experienced while growing up. In Vietnam, she was regarded as a mixed-race hybrid. When she first arrived in France, she was taken as a refugee. She was being ridiculed for eating rice every day, with people saying that her eyes look like a grain of rice. After arriving in the United States, she had to readapt.

She therefore admires her father: wherever he was, there was always a homeland called Taiwan. Yet his offspring do not have such a sense of belonging.

Because of this book, she visited her father’s homeland Taiwan for the first time. There she felt a deep sense of human touch, and met some of her father’s comrades. “I learned there are so many people who loved him and respected him,” she said.

Lam dedicated her debut novel to her father. And she’s already planning to write a second and third book to tell her father’s stories.

Esther Chen, the editor of World Journal, a Chinese newspaper in the United States, wrote following comment for the book: “Winning or losing is no longer important. What matters is to reconcile with the people we love. This is a touching story about the relationship between father and daughter. So powerful.”

“The lonely American” is available on Amazon.com and a few Chinese bookstores in Los Angeles.