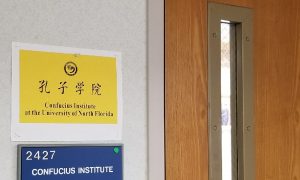 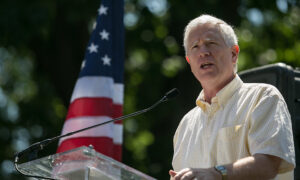 The U.S. State Department has drafted a letter urging colleges to review their relationships with Chinese-backed Confucius Institutes and to “move quickly” to guard against the Chinese regime’s theft of U.S. research.

The call was made days after the department designated the Confucius Institute U.S. Center (CIUS) a Chinese diplomatic mission, a move that restricts its operations in the United States. CIUS is a Washington-based organization that promotes and supports Confucius Institutes and Classrooms in universities and schools across the country. The programs, funded by the Chinese Communist Party (CCP), have attracted growing scrutiny over concerns that they spread Chinese propaganda and restrict freedom of expression in U.S. classrooms.

There are currently 75 Confucius Institutes within U.S. universities, according to education advocacy group National Association of Scholars.

“While ostensibly intended to teach Americans about Chinese language and culture, they also exert malign influence on U.S. campuses and disseminate CCP propaganda,” Keith Krach, undersecretary for economic growth, energy, and the environment, wrote in an Aug. 18 letter to the board of directors of U.S. universities and colleges.

Krach said there is mounting evidence that the institutes advance the regime’s influence on college campuses by “providing institutions with financial incentives to abstain from criticizing PRC [People’s Republic of China] policies; putting pressure on faculty to self-censor; monitoring overseas students for loyalty to the party; and undermining freedom of expression by disrupting campus events deemed controversial to the CCP.”

He asked the university boards to “examine carefully” the activities of Confucius Institutes on their campuses to ensure academic freedom isn’t being undermined.

The official also called on colleges to protect themselves from the CCP’s efforts to steal U.S. intellectual property through its state-backed recruitment plans. The regime has more than 200 such programs, Krach said, which aim to lure foreign experts to work in China, facilitating the transfer of U.S. research and know-how to the country.

Krach said universities should take more action to vet academics for financial conflicts of interests and whether they receive funding from China.

This comes as the Justice Department has launched a spate of prosecutions over the past year targeting Chinese and U.S. researchers who allegedly hid their ties to China, with the most high-profile case being that of former Harvard chemistry chair Charles Lieber. Prosecutors say he lied about his participation in the Chinese regime’s Thousand Talents Plan and receiving $2.25 million in Chinese funding over three years.

In July, longtime Arkansas professor Simon Saw-Teong Ang was indicted on 42 counts of wire fraud connected to failing to disclose his ties to the Thousand Talents Plan, while receiving funding from NASA.

The Trump administration in May also banned granting visas to Chinese graduate-level or above students affiliated with institutions that support the People’s Liberation Army (PLA), in a bid to prevent U.S. research from being used to advance the regime’s military.

A recent report by Stanford University’s Hoover Institution found that the U.S. academic community has extensively collaborated with Chinese researchers affiliated with the PLA, which has potentially fed into the regime’s defense research and weapons development program.