US Appoints Official to Counter China’s ‘Malign Influence’ at UN 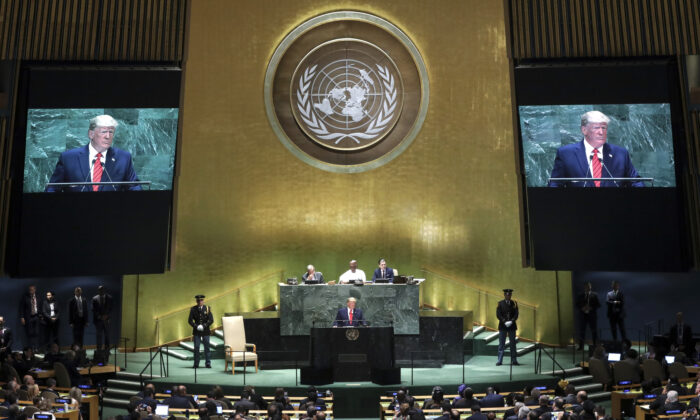 WASHINGTON/OCALA, Florida—A top U.S. State Department official has been tasked with countering “malign influences” of China and others at the United Nations, the agency confirmed on Jan. 24.

Mark Lambert, “a career Foreign Service officer, has been assigned to the Bureau of International Organization Affairs as a member of a diverse team of diplomatic professionals working to ensure the integrity of multilateral institutions,” a State Department spokeswoman said.

“This includes countering the malign influences of the PRC and others in the U.N. system,” the spokeswoman said, using the acronym for the People’s Republic of China.

Foreign Policy Magazine reported Jan. 22 that Lambert, most recently the U.S. special envoy for North Korea, would be moving into that role.

The Chinese embassy didn’t immediately respond to a request for comment.

China’s Influence at the UN

Since 2019, China has become the second-largest contributor to the U.N.’s regular budget. China is also the second-largest contributor to the U.N. peacekeeping budget and provides more personnel to peacekeeping operations than any other permanent member of the Security Council. Among the 15 specialized agencies of the U.N., Chinese nationals are in charge of four.

“China is interested in expanding its influence within the U.N., not because it supports the founding principles of the U.N., but in order to shift the values, programs, and policies of the U.N. in ways that benefit Chinese priorities and ideology,” according to a recent report by Washington-based think tank The Heritage Foundation.

That influence has allowed the Chinese regime “to assert policies that are at odds with American interests, or are designed to blunt U.N. mechanisms deemed troublesome or problematic by China,” the report said.

Experts also pointed out that China has been striving to increase the number of Chinese nationals serving in the U.N., and asking them to openly support Beijing’s policies, such as the “One Belt, One Road” (OBOR, also known as Belt and Road) initiative. Participation in U.N. peacekeeping operations has also become a way for Beijing to train its army officers and protect its economic and political interests overseas.

Prior to the vote, the United States circulated a non-official discussion document to FAO members outlining its case against the election of Qu, which was obtained by U.S. development news site Devex.

The document stated that Chinese officials, including “at INTERPOL, the International Telecommunications Union (ITU), and the International Civil Aviation Organization (ICAO) have demonstrated a bias towards Chinese foreign policy and a lack of transparency and accountability. … Chinese nationals working in international organizations are expected to align with Chinese policy without question.”