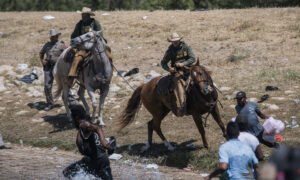 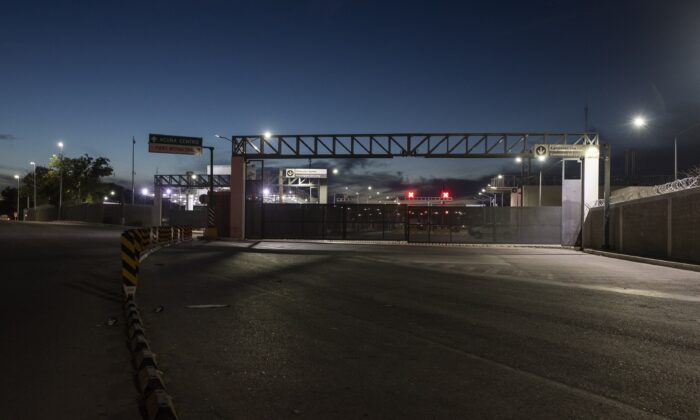 US Reopens Border Crossing in Texas After Clearing Immigrant Camp

The United States reopened a border crossing in Texas on Sept. 25 after shutting it down because thousands of illegal aliens had streamed into the area.

The illegal immigrants crossed the Rio Grande River and entered Del Rio, a small Texas border city. About 30,000 were encountered between Sept. 9 and Sept. 24, according to the Department of Homeland Security (DHS). The high number overwhelmed local resources, including health care facilities, officials told The Epoch Times.

In response to the crisis, DHS closed the Del Rio Port of Entry, which provides access to the international bridge that crosses the Rio Grande into Mexico. A camp under the bridge that held many of the illegal aliens was cleared out on Sept. 24.

Customs and Border Protection said the reopening was due to the immigrants being processed, moved elsewhere, or deported. The agency said in a statement that public safety has been “restored” and the immigrant flow has been reduced to “manageable levels.”

Traffic was allowed over the bridge beginning at 4 p.m. local time. Cargo traffic will resume effective the morning of Sept. 27, Customs and Border Protection said in a statement.

The port of entry, which is typically open 24 hours per day, seven days per week, was closed on Sept. 17. Traffic was rerouted to Eagle Pass Port of Entry, nearly 60 miles to the southeast.

Del Rio officials are still assessing the losses, but it’s certain “that it has been a big toll on businesses,” Lozano said, stating that some workers were forced to add hours to their commute because of the closure.

Roughly 12,400 illegal immigrants encountered by U.S. agents since Sept. 9 were released into the U.S. interior with notices to appear in court or at a federal government office, according to DHS Secretary Alejandro Mayorkas, with just 2,000 having been deported. The others are being processed at different U.S. border areas or have already returned to Mexico voluntarily.

Under President Joe Biden, illegal immigration has exploded, with some immigration experts saying that the administration’s dramatic change in policy has led to the jump. Biden administration officials have defended the overhaul, alleging that the Trump-era system was “cruel” and that the shift will take time to implement.

“We have a three-part plan: We invest in the root causes to address the need—to address the reason why people leave the homes in which they live and take a perilous journey that they should not take. Second, the building of safe, orderly, and humane pathways. And third, rebuilding an asylum system and a refugee program that were dismantled in the prior administration,” Mayorkas said.

“This takes time, and we are executing our plans.”