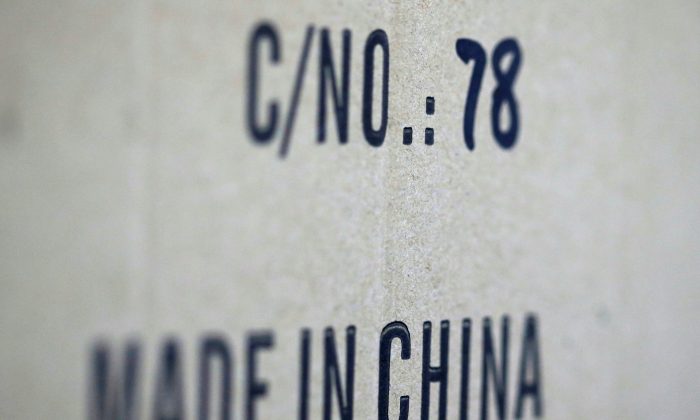 Words 'Made in China' are pictured on a box of products imported from China at a wholesale shop in Paris, France. (Regis Duvignau/Reuters)
Companies

U.S. manufacturers are accelerating their shift out of China, coming to terms with a new reality: The Trump administration’s tariffs will not go away any time soon.

President Donald Trump’s lead trade negotiator, Robert Lighthizer, warned lawmakers on Feb. 27 that the United States would need to keep the threat of stiff tariffs on China in place for years, even if a trade deal is inked, as part of an enforcement mechanism that would include frequent reviews of whether China was abiding by any agreement.

That confirms what many companies have already concluded. Even if the hot phase of this trade war passes, tensions will linger and continue to reshape the economic relationship between the world’s two largest economies.

“As you look at the way these negotiations are shaping up, you must certainly think: Not only will it take a while for the talks to reach their full conclusion, but there’s going to be enforcement mechanisms,” said Steve Lamar, executive vice president of the American Apparel and Footwear Association. “I would imagine punitive tariffs are going to be with us for a while.”

Apparel and footwear manufacturers have been shifting their production mix to factories in other countries like Vietnam, Indonesia and Egypt for much of the past decade, but the push has intensified due to the trade war, Lamar said. The United States has not hit most finished apparel and footwear with punitive tariffs, but “even if the threat (of more tariffs) never materializes and it’s always out there, who wants to live with that threat?” he said.

It will take years, however, for large manufacturers and retailers to build new supply networks. Many companies have held off raising prices to offset tariffs, in hope that they would go away.

As it becomes clear that the risk of tariffs will linger, more companies are taking steps to mitigate them and accepting trade conflict with China as a new fact of life, according to businesses and trade groups interviewed by Reuters.

One company already moving some production out of China is Bissell Inc., the vacuum maker. CEO Mark Bissell said long before tariffs, he was looking for alternatives due to rising costs in China.

Tariffs, he said, are the “burning platform” forcing him to jump. Bissell expects to have some of the company’s China production shifted to Vietnam, Malaysia and Mexico by the end of the year, and said Lighthizer’s comments confirm what he was already doing.

“The geopolitical issues between the two countries will continue to be large and with so much at stake, the relationship will be touchy going forward,” Bissell said in an email. “Diversifying the supply chain makes continued sense and I don’t see a reversal of course.”

Jacob Parker, vice president of China operations at the U.S.-China Business Council in Beijing, said even in the event of a trade deal, it was possible the persistent threat of tariffs would continue to push U.S. companies’ supply chains out of the country. Similarly, Chinese firms are likely reconsidering their reliance on U.S. companies, he told Reuters.

It remains unclear whether the United States will prevail in its trade war against China. Lighthizer, testifying to the U.S. House Ways and Means Committee, said a great deal of work remains to hammer out a deal, including agreeing on how it would be enforced.

Many companies are stuck in a wait-and-see mode, but the realization that there will not be a quick fix is growing.