With all of the anti-police hysteria going on—at least in many of the larger metropolitan centers within the United States, it’s becoming increasingly rare to see our law enforcement personnel portrayed in balanced ways when it comes to both film and TV. The majority of big-budgeted Hollywood productions typically reduce police to little more than fiendish caricatures. There’s even an entire category dedicated to this mono-dimensional perspective—the “bad cop” genre that we’ve all probably seen.

Thankfully, director David Chai brings a fresh perspective to the mix with his upcoming TV series, “A Good Cop.” After watching four full episodes (they average around forty-seven minutes each), I can say that it’s a very promising series, to say the least. The series follows the lives of multiple members of the New York Police Department, so the title has more to do with what it means to be a good cop than a singular person.

Things start off in an unusual manner. One of the main characters, Elizabeth Fox (Taylor Karin), is living in modern New York City where the economy has been ravaged and crime has risen to 1970’s levels. Though she’s attractive and quick-witted, she can’t seem to land a job. Fox runs into another young lady who suggests that she join the NYPD, but since she’s being radicalized by her anti-police boyfriend, she arrogantly brushes off the opportunity.

But after she joins said boyfriend in a “defund the police” protest, she’s knocked over by other protesters as they scuffle with the cops that show up and as a result—almost dies. It is a young NYPD officer who saves her life. While recovering in a hospital, she reveals the near-death experience she had to her mother, who compels her to rethink her rapidly radicalizing viewpoint.

Another story involves the officer who saved Fox, NYPD Officer Jaylen Daniels (Ignacyo Matynia), and his partner, Max Axel (Jermaine Wells). While Daniels is a by-the-books type of “cop’s cop,” there are hints here and there that Max might be more susceptible to questionable activities. Both have an excellent relationship with Captain Frankie Romano (Cliff Lobrutto), who’s in charge of their precinct.

Romano has a loyal wife who backs him up but wishes he’d retire like most of his compatriots since she doesn’t “want to grow old alone.” But Romano sees it as his moral duty to defend New York City in perhaps its greatest time of need. To him, since so many others have quit, it’s even more important that he stay on the job.

But things take a twist when one of Frankie’s higher-ups taps him for a covert mission—he’s to investigate some peculiar happenings at a politician’s palatial mansion. Frankie takes Jaylen and Max along and the three become involved in matters that draw them further into a murky plot involving the mayor.

Meanwhile, Fox has a change of heart regarding the police. Her epiphanous experience seemed divinely inspired and she tries out for the NYPD. She also makes it a point to meet the officer who saved her life so that she can personally thank him.

A couple of things that stand out about this series (so far) are both the excellent production value and acting. The sets look top-notch and authentic, such as the funky bar the cops hang out at and the lived-in-looking apartment Elizabeth rents. I haven’t detected any phoned-in performances by the great cast, either, and each actor fits their role perfectly.

There are a couple of little niggles I noticed, such as seeing long, unkept hair on the NYPD trainees. But they are very minor and don’t take away from the overall production values and gripping narrative. This is the type of series that makes you look forward to seeing how things play out in each successive episode. And the cliff-hangers don’t seem manipulative, but instead arrive naturally as consequences of the various characters’ actions.

I also appreciate the even-handedness in the portrayal of the police themselves. Instead of every other cop being some horribly corrupt person—as one of the IAB (Internal Affairs Bureau) officers states during an episode, the actual number of cops that commit crimes is statistically super-low—it’s just that in a huge department such as the NYPD, that tiny fraction can seem like a large number.

“A Good Cop” is a slickly produced and even-handed cop drama that makes you care about its interesting and multifaceted characters. It also features enough escalating tension and twists to give any of the bigger-budgeted series out there a run for their money—minus the unfair caricatures that are all too common these days. 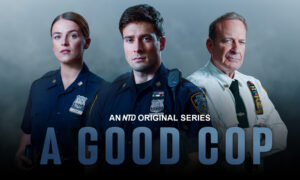 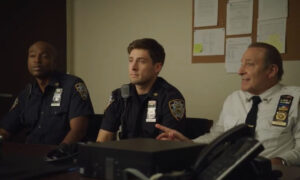 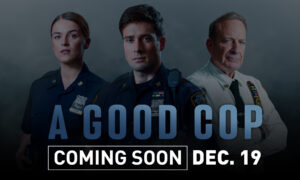 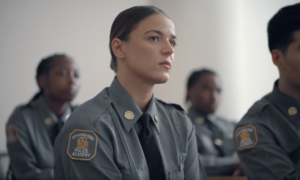