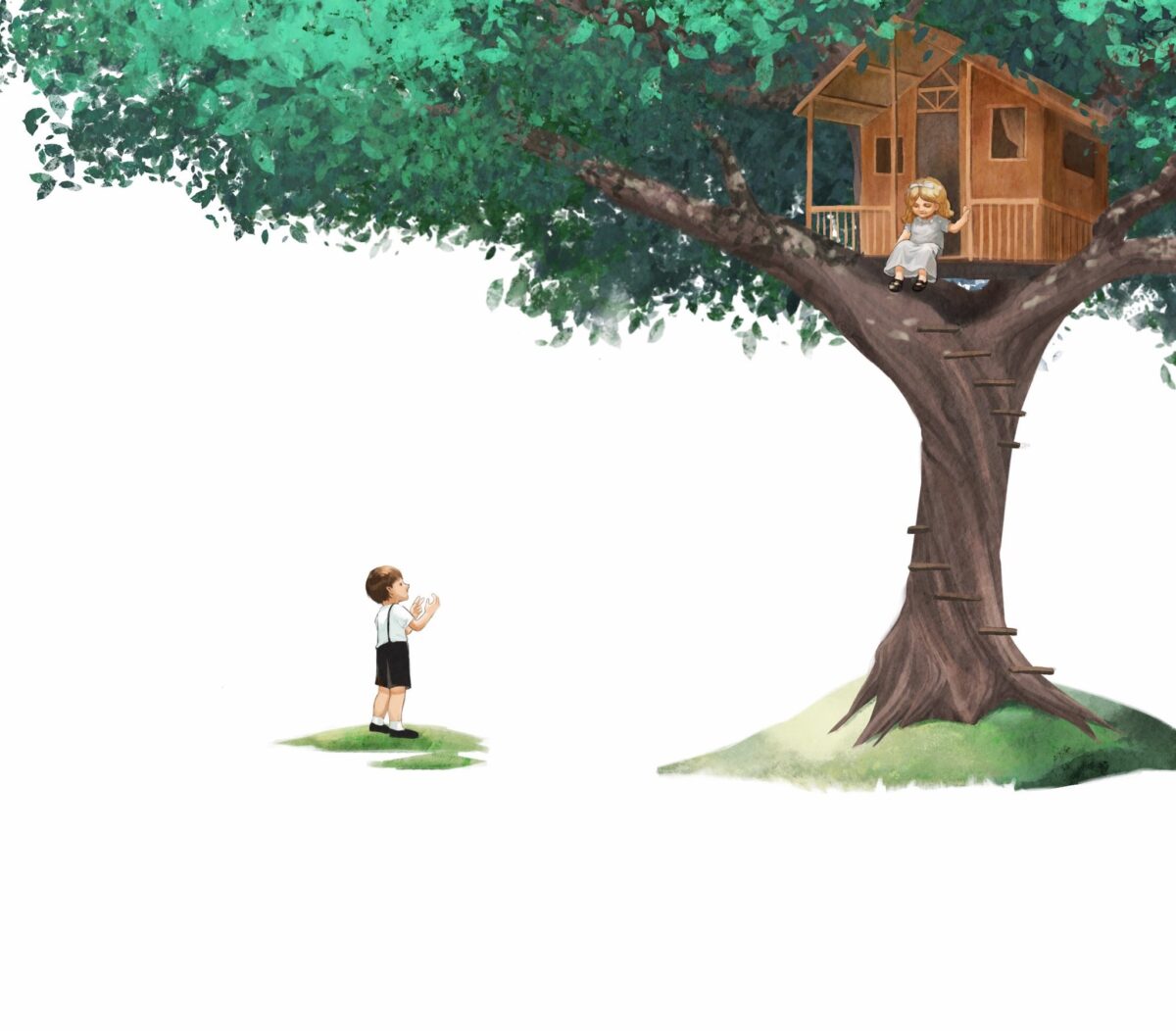 When Shelby Harrison went to college, she walked onto the William Woods University campus with plans to be an education major and work as a classroom teacher the way two of her aunts did. Along the way, Harrison needed a foreign language in order to complete her degree requirements, and her academic adviser encouraged her to take American Sign Language (ASL).

That’s when Harrison’s life story changed. Her first ASL teacher at WWU was a member of the deaf community. Harrison said, “I will never forget how much time and care he put into his classes. He is the reason I decided to change my major from education to interpreting!”

When Harrison stepped into the world of ASL, she became part of a rich language tradition. “I was fascinated by sign language and felt like it was a great fit for me, so I decided to change my major to interpreting/deaf studies. And I am forever thankful to the deaf/hard of hearing (HOH) community for everything they have taught me regarding ASL and learning their beautiful language.”

American Sign Language originated in the early 1800s after Thomas Gallaudet returned from France, where he had met with Laurent Clerc, a deaf instructor of sign language. Gallaudet convinced Clerc to come to the United States, and together they founded the American School for the Deaf in West Hartford, Connecticut. Here, they established a sign language unique to the United States.

Since that time, ASL has developed into what is considered a “natural language,” meaning a language which has developed naturally without conscious planning.

Today, ASL is an organized, three-dimensional visual language that is complete unto itself and used by as many as 500,000 people. In addition to the deaf/hard of hearing community and their families, ASL is used by many non-verbal individuals.

When asked what’s the best way to learn American Sign Language, Jessica Brown, Assistant Professor of ASL English Interpreting at William Woods University, doesn’t hesitate. Brown, who is deaf herself, said by far the easiest way to learn ASL is by taking in-person classes. “I acquired ASL at the early age of 3 years old, learning from teachers at Texas School for the Deaf. Because ASL is a 3D language, it’s easier to show in person. Video portrays me as flat 2D, and I have to rotate and pan in and zoom out to show one sign.”

In-person classes make a huge difference in being able to pick up the language quickly. As she studied ASL, Harrison quickly discovered a depth she hadn’t anticipated. “There’s a misconception out there that ASL is just a few signs or letters that make up some random gestures. This could not be further from the truth,” Harrison said.

The 26 signs in the American Manual Alphabet each correspond to an A-Z letter, but to become fluent, there are thousands of individual signs to learn, each based on one of the 18 different hand shapes integral to ASL. As far as becoming fluent in ASL, Harrison quickly pointed out, “ASL is its own language entirely; it has syntax, a special grammatical structure when producing sentences. It’s a very detailed, complex language with many pieces and linguistical features that make it unique and challenging to learn. In most cases it takes several years for a hearing person to learn ASL as a second language and become fluent. It is not something that can be learned overnight.”

And even beyond learning the individual signs, acquiring ASL is also about understanding the non-manual markers of ASL, meaning the facial expressions, body or eye shifts, head tilts, raised eyebrows, and other body language that add meaning to the signs being used.

That’s the reason Harrison is adamant that anyone learning ASL as a second language also spend time interacting with native speakers. “When you’re learning ASL, it’s vital to be immersed in the deaf community and socialize with deaf individuals because ASL is their language.” Harrison said, “Members of the deaf and hard of hearing and deaf-blind community are the best way to learn the language and to gain valuable feedback from those who know the language the best. Deaf culture is truly amazing to learn about, and to be invited in as a hearing individual learning their language is a privilege.”

Still, there are many people who question whether ASL is a real foreign language.

Jessica Brown is quick to say: Yes! Brown said, “ASL should be considered a foreign language in K–12 actually. Some high schools are implementing it, and I think that’s great! But I still think K–12 benefits from it more.”

Just like with learning any second language, the earlier the language acquisition occurs the easier it is. Brown said, “ASL is beneficial to all babies—ones that can hear and ones that don’t. Medical professionals encourage babies to acquire speech before trying ASL.” Brown disagrees. “The population who can hear promotes ASL instruction for babies who can hear. We need to educate others on this. Our future generation rely on us to educate others and keep ASL and deaf culture alive and thriving.”

Brown also said that while ASL can be considered a foreign language, it is not an international (universal) language. ASL “has its own set of grammar structure, syntax, and grammatical rules belonging to ASL, in America. Other countries have their own signed languages, that are different from ASL. They even have several signed languages in different regions!”

From her position as an assistant professor, Brown is able to see all the ways learning ASL benefits people. William Woods University is proud to say, “We have students who graduated [with ASL degrees] who went off to be interpreters, law enforcement officers, lawyers, social workers, teachers, and the list goes on.”

Samuel Johnson said, “Words are but the signs of ideas,” and when it comes to learning American Sign Language, this is doubly true.

As Jessica Brown so passionately said, “ASL is for all—deaf and those who can hear.”