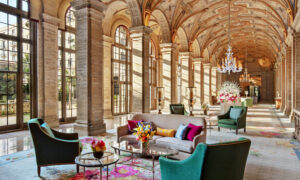 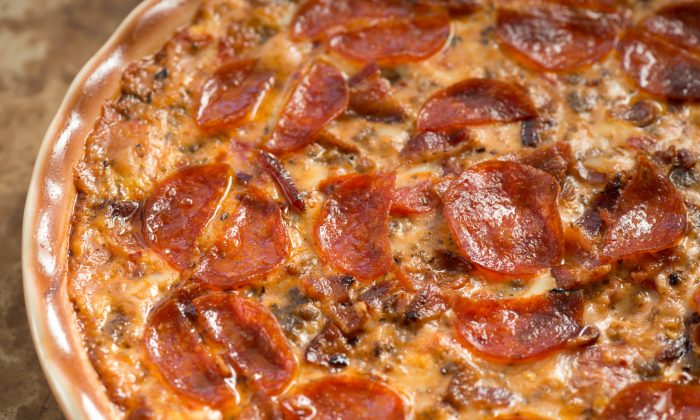 Six months ago, a Reddit user whose account has since been deleted asked, “911 Operators, what is that 1 call that you could never forget?”

Of the responses, the response shared by reddit user Crux1836 was particularly well received. It is the story of a women who saved herself from domestic abuse by pretending to order a pizza, which we share again below.

Crux1836 said, “I had a call that started out pretty dumb, but was actually pretty serious:”

“I’d like to order a pizza for delivery.” (oh great, another prank call).

“Yeah, I know. Can I have a large with half pepperoni, half mushroom and peppers?”

“Yeah, do you know how long it will be?”

“Ok, Ma’am, is everything ok over there? do you have an emergency?”

“..And you can’t talk about it because there’s someone in the room with you?” (moment of realization)

“Yes, that’s correct. Do you know how long it will be?”

“I have an officer about a mile from your location. Are there any weapons in your house?”

“Can you stay on the phone with me?”

“Nope. See you soon, thanks”

“As we dispatch the call, I check the history at the address, and see there are multiple previous domestic violence calls. The officer arrives and finds a couple, female was kind of banged up, and boyfriend was drunk. Officer arrests him after she explains that the boyfriend had been beating her for a while. I thought she was pretty clever to use that trick. Definitely one of the most memorable calls.”

The intelligence of the women and the critical thinking skills of the operator are particularly impressive in this sharing. Below are some other memorable responses in the thread that we’d like to share. Because many of the responses in this AskReddit discussion are NSFW — many of the most “memorable” 911 calls are in fact memorable because they are awfully horrific(people who are about to committ suicide often want someone to talk to) — we will strive to try to share with you the ones that are interesting without being horribly gruesome.

2. “Harley motorcycle tipped over and the clutch lever went into a 4 year old’s eye. Parent was on the line asking what to do. Suddenly, she said, “They’re going lift the motorcycle.” I emphatically told her to tell them to stop and wait for rescue and EMS. Rescue ended up cutting off the clutch lever and transporting the kid to hospital. She underwent surgery. That was 1982. Just last year, I met the lead rescue officer and the girl herself, now fully grown. They wanted to meet the 911 operator that saved her vision.”

Just a feel good story really. Someone not forgetting the debt they owed over 30 years ago.

3. “I was a 911 dispatcher for several years and one of my most memorable calls was a hysterical woman at about midnight one stormy night. She was absolutely incomprehensible. I kept saying, “Ma’am. Ma’am, you have to calm down. I can’t understand you. Ma’am.” This went on for what felt like forever. I couldn’t get anything useful out of her. My officers were en route to this obviously horrifying situation.

Finally, she said something about being with her sister. “How old is your sister?” One. Instantly suspicious, I asked, “How old are you?” Five.

A five year old boy. So that’s how I inadvertently called a little boy ma’am many, many times. Oops.

The storm had woken him up and his parents were gone. (They went out to move their cars to shelter in case of hail.) He was just very scared. My officers still responded and talked to the parents about not leaving sleeping children alone, but everybody was unscathed.

It wasn’t my most tragic call, but it is one I’ve never forgotten. Poor little ma’am.“

4.  Not a 911 operator, but volunteered on a Crisis Call Center hotline. I had just turned 18 and was fresh out of training. It was maybe my 8 or 9th shift at the center.

It wasn’t my first call with a suicidal person, however it was the worst and scariest for me. This man had locked himself up in his home, with a gun and was going to shoot himself. He wasn’t calling to have someone talk him down, he told me that he wanted someone to hear him die. Of course at this point, I’m trying to find out where he’s at, I’m tracing his call and talking to 911 on my other phone.

He says in the most calm and serious voice, “You’re not going to have time for that. Just listen, and it will be over soon.” I finally get a trace on the call, and I’m reporting it to the 911 operator. Then it begins. I can hear him fumbling around with the gun, and the clicking of the trigger/barrel. He’s getting frustrated because the gun is jammed. With each click and rattle, I’m expecting to hear the gun go off. I’m literally dripping with sweat.

This goes on for some time, and I’m trying to keep him on the line and to focus on the conversation as he’s trying to fix his gun. It seemed like eternity, but I finally heard the police at the door. They had to kick it down since the man refused to open it. They got the gun from him and the call ended.

The cops later told us they couldn’t figure out why the gun had malfunctioned. That really, he should have been dead. So he was either really lucky, or not depending on your thought on the situation. Regardless of it, I didn’t last much longer as a volunteer. I started having extreme anxiety every time I picked up the phone, imagining that I was hearing the clicking of the gun.

I’m 26 now, and I think I am finally in a place where I could do that type of volunteer work again.”

Yeah we said we wouldn’t share the horrible suicide stories, but at least in this one, we learn to value the timing of positive coincidences.

5. “I used to work as a relay operator (711) and often got misdialed 911 calls. We would connect them to 911 but since they connected through us, we had to stay on the line.

One time I got an old woman who fell out of bed and couldn’t get up. I connected her to 911 and from there they tracked her location. The 911 operator is like “Ma’am, are you in such and such hospital, are you calling from the hospital?” “Yessssss, I fell and no one will help me”. Not sure what the 911 operator did but about 10 minutes later you hear someone come into her room to help her up. Apparently this woman fell out of her hospital bed and no one noticed for over an hour, until she dragged herself to the phone and called 911. I was like, note to self: never go to this hospital“

You got to keep track of your patients! C’mon!