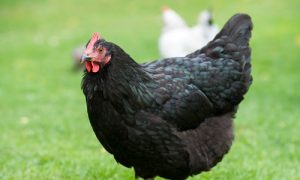 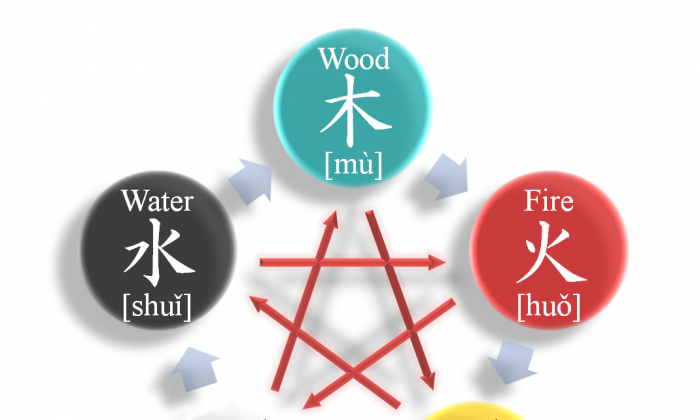 The Five Elements of Chinese philosophy and their interactions. (Parnassus/CC BY-SA 3.0)
Chinese Culture

The text’s rhythmic, short, and simple three-character verses allowed for easy reading and memorization. This enabled children to learn common characters, grammar structures, lessons from Chinese history, and above all, how to conduct oneself.

The Five Elements, a central concept in the traditional Chinese understanding of natural characteristics and changes, features in the “San Zi Jing”:

We speak of spring and summer, we speak of autumn and winter.
These four seasons revolve without ceasing.

We speak of north and south, we speak of east and west.
These four directions correspond with the center position.

We speak of water, fire, wood, metal, and earth.
These five elements have their origin in numerology.

We speak of benevolence and of righteousness, of propriety, of wisdom, and of integrity.
These five virtues must never be compromised.

History’s greatest physicists, like Stephen Hawking and Albert Einstein, spent their lives seeking a unified “theory of everything.” This is the Holy Grail that explains everything in the universe—from the workings of the human brain, to the formation of mountains and seas and the birth and death of planets and stars.

Interestingly, thousands of years ago, the ancient Chinese already had their own “theory of everything”—the Five Elements, an abstract theory based on the Chinese numerology rules of the “I-Ching,” or the “Book of Changes.”

The theory expounds that five elements—metal, wood, water, fire, and earth—constitute all things in our universe. Embedded in the theory is the concept of mutual growth and mutual inhibition: Each element promotes one of its brothers and inhibits another.

For example, water helps wood grow, and wood fuels fire. But fire melts metal, and water quenches fire. Together, the elements keep each other in check, maintaining a harmonious balance of forces.

Deceptively simple on the surface, the five element theory contains multiple layers of complexity and abstractness, making it so versatile that it can apply to nearly every aspect of life. From traditional Chinese medicine, to music, to cuisine, to geomancy, to architecture, to philosophy, this all-encompassing theory harmonized Chinese culture.

Like a Dan Brown novel, the symbolism of the five elements is omnipresent throughout Chinese arts and architecture, but invisible to the unknowing eye. This is all made clearer when we understand the symbols associated with each element.

The Forbidden City, the Chinese imperial palace, is built in rich hues of green, yellow, and red. But these colors were not simply chosen for aesthetic pleasure. They represent the elements wood, earth, and fire respectively, and their associated auspicious tidings.

The Forbidden City’s red walls herald the fire element’s prosperity and festiveness. The yellow roofs symbolize the earth element, and the earth is thought to represent the center of the universe. Earth’s yellow color thus symbolizes the emperor’s central position of power. In similar fashion, the emperor’s traditional robe is also in the imperial shade of yellow.

But not all the roofs in the city are yellow. The princes’ palaces are roofed with green tiles, which represent the wood element. As wood symbolizes growth and vitality, it is an apt symbol for growing teenagers.

The Imperial Library is in an unusual shade of black, a color that some would consider inauspicious. But black is associated with the element water, and water—which also represents winter and storage—symbolically protects the library’s highly flammable treasury of books.

The five element theory forms the core of both Chinese cuisine and traditional medicine, as it aims to achieve a “harmony or balance” of tastes and body energies. Each element is associated with a flavor, a vital body organ, and an energy property.

For example, metal is associated with pungent or spicy flavors, the lungs, and the property of dryness. Why does spicy hot pot taste so comforting during the cold and wet monsoon season? According to the theory, spicy foods are strong in the metal element, and they counteract the climate with their drying and cold-dispersing properties. Herbs like ginger, garlic, onion, and mustard reduce congestion in the lungs, stimulate circulation, and enhance appetite—perfect for cold and wet weather.

But when the hot and dry season comes around, we crave sweet and cooling foods like mung bean soup, barley water, herbal chin chow, and tau huay. That’s because these foods have the damp, sweet properties of earth and the cooling properties of water, to counteract the hot and drying climate.

Truly good Chinese cuisine strives to achieve the perfect harmony of foods and flavors that promote vitality and longevity. For example, fluffy steamed fresh scallops, which contain the salty and cooling properties of the water element, are perfectly complemented by the spicy and warming taste of garlic, ginger, and scallions from the metal element.

In the same vein, traditional Chinese medicine emphasizes that disease symptoms and signs reflect an imbalance in the body’s organs and their energies, each of which can be mapped to various parts of the five element system.

That being said, the above is merely a gross simplification of Chinese cuisine and medicine. Developed over thousands of years, these systems are far more complex and sophisticated, and are all based on a conceptually fundamental “theory of everything.”

The Five Constants of Confucianism

We speak of benevolence and of righteousness, of propriety, of wisdom, and of integrity.
These five virtues must never be compromised.

The principle behind the five elements has also been applied to Chinese philosophy, in particular to the Five Constants of Confucianism.

Two hundred years after the original Confucianism in the pre-Qin Dynasty era, Confucianism was elevated to official ideology during the Han Dynasty. Represented by the iconic philosopher Dong Zhongshu, this system of thought integrated the theory of yin and yang and the Five Elements.

Dong believed that the universe was governed by these laws and that man should also conform to them. He pioneered the concept that the five constants or virtues corresponded to the five element theory, as follows:

Benevolence—Wood, for its growing and giving nature
Righteousness—Metal, for its strength and unyielding power
Propriety—Water, for its yielding and deferential nature
Wisdom—Fire, for its brightness
Integrity—Earth, for its solid and grounded nature

Like the harmonious balance of the five elements, man should possess all five virtues on a fundamental level. But at the societal level, Dong believed that each strata of society should have a specific coordination of values in order for society to function at its best.

For example, persons of high rank should place emphasis on benevolence, propriety, and integrity. Being in a position of power over countless others, rulers should have benevolence to ensure that the populace was cared for.

Those of lower rank, like the common people or children in the family, should emphasize righteousness, wisdom, and integrity. Wisdom is the knowledge of morality, without which one cannot become a person of virtue. Receiving moral education should be a priority among the young.

All ranks, however, should emphasize integrity. Like the earth element, Dong felt that integrity is the foundation for the other four virtues, and that without honesty and integrity the others virtues would weaken and crumble.

Dong’s philosophical ideas on cosmology and governance are immortalized in his work, “Luxuriant Dew of the Spring and Autumn Annals,” which was written by himself and other authors. His ideas were widely accepted and provided a foundation for the orthodox philosophy of China’s governance for several hundred years.