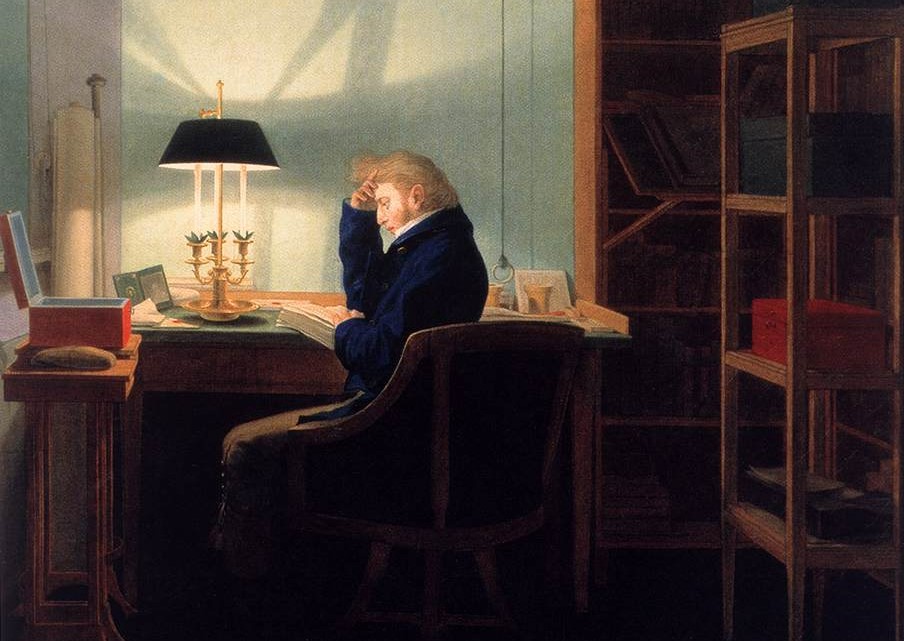 Under Construction: Repairing Western Civilization One Reader at a Time

When we think of the world’s most influential books, a host of titles might come to mind: the epics of the ancient world, the Bible, the Quran, the philosophies left to us by the likes of Plato, Aristotle, and Marcus Aurelius, and so on down through the centuries. The possibilities appear inexhaustible.

If we narrow our search to those most central to Western thought and literature, we could do worse than to point to the 54-volume set, “Great Books of the Western World,” first published in 1952 and later issued in expanded editions. In this sturdy battalion, we meet such thinkers as Greek playwrights and mathematicians, Shakespeare and Cervantes, and Pascal and Newton.

Restrict our list to American authors who helped shape our nation, and Thomas Paine, Harriet Beecher Stowe, Upton Sinclair, Ida Tarbell, and William James are only a few of the grenadiers in these ranks.

If we select just one author from this company—let’s pick Harriet Beecher Stowe—we find that “Uncle Tom’s Cabin” contributed mightily to the abolitionist movement and the efforts to end slavery during the Civil War. In 1862, so the story goes, on meeting the diminutive Stowe, President Abraham Lincoln called her “the little woman who wrote the book that started this great war.” In 1852, the year it was published, Stowe’s novel sold 300,000 copies in the United States and more than 1.5 million in the UK.

So there was truth in Lincoln’s remark. “Uncle Tom’s Cabin” did considerably affect Northern sensibilities and the war against slavery.

But let’s not forget that the hundreds of thousands of readers who had visited that novel were those who helped that idea become reality.

In the equation matching the impact of literature on the culture, we often forget that it is the spellbound reader who brings a book to life and into the public square. It is the man or woman sitting alone at a kitchen table or in a coffee shop—having absorbed the soul of a novel or some tome of philosophy, history, or science—who then gives blood, breath, and bone to the spirit found in paper and ink.

“The Influence of Sea Power Upon History, 1660–1783” by Alfred Thayer Mahan, whom renowned military historian John Keegan considered “the most important American strategist of the nineteenth century,” was studied by politicians and military leaders in both Europe and America. Vladimir Lenin absorbed the works of Karl Marx and exercised those ideas with murderous effect following the Russian Revolution. Millions of men and women bought Dale Carnegie’s “How to Win Friends and Influence People” and heeded the advice of that bestseller. In the last six years, sales of George Orwell’s decades-old “1984” boomed as citizens concerned over political turmoil sought explanations and help from that dystopian novel.

In addition to swaying and affecting the culture at large, authors and books can transform the hearts and minds of individual readers, shaping their personalities and rendering them the bearers of the best of our civilization.

Several friends and family members always keep at least one book at hand and often interject its contents into our discussions. A retired college professor, a veterinarian, a hospice nurse, and a guy who plays the market and describes himself as a “dangerously underinformed put trader”: These are some people I know who go through several books a month.

But the gentleman who hands down wins the gold crown as a reader was Mr. Robert Porter. A widower and a librarian long retired from a private New England school, Mr. Porter occasionally visited the bookshop I then operated in Waynesville, North Carolina. He spoke crisply, looked like an aged version of Mr. Peepers played long ago by actor Wally Cox, and rarely purchased anything, but one day he called the shop and asked me to come to his house and look at some books.

I had expected a few boxes of rough-looking books. Instead, I found myself standing beside a double row of fine books piled high as my knees that ran half the length of the garage. In these stacks were scores of the old blue Oxford Classics, scores more of Modern Library books, and a hundred other gems whose titles I knew and whose texts I loved.

The collection would not appeal to an antiquarian bookseller. The books were not rare, and most were marked in pen “Helen and Robert Porter” along with Mr. Porter’s remarks in pencil, but I felt as if I had stumbled into a bookman’s treasure trove.

When I told Mr. Porter that I lacked the money to pay for this vanload of literature, he informed me the books were a gift and that if I insisted on paying him, he would withdraw the offer. Of course, I took the books. There were so many inscribed with his name that some repeat customers to the store asked if we had gotten any more “Porters” in stock.

Over the next year we became friends of a sort. I learned that he and his wife, Helen, had read to each other every day of their long marriage, often with one of them reading aloud while the other washed dishes or painted a porch. Though I considered myself a bibliophile, from his books and references in our conversations—he was a fan of English poets before the 20th century and seemed an expert on the New England transcendentalists—I knew I ranked as an amateur compared to his vast knowledge of literature.

Robert and Helen had shared their love of the written word with the students at school and later, when they moved south, with the community in Waynesville, joining the arts council and supporting the community theater. They left their mark on the culture.

And when Mr. Porter died, he carried a library into the grave.

Bridges in Need of Repair

Being familiar with so many authors—Lamb and Emerson, Keats and Dickinson, Conrad, Dickens, and Melville—Mr. Porter was one of many who acted as a bridge between the past and the 20th century.

Today that bridge, if not destroyed, is nonetheless in shambles for several reasons. First, American literacy rates, particularly those whose reading levels are eighth grade and below, have remained stagnant or falling for years. A majority of U.S. citizens would be unable to untangle the meaning of a Shakespeare sonnet or draw out the meaning of a passage from Thoreau.

In addition, our educational system and our culture at large have over time removed planking and girders from that bridge. Many secondary schools and universities have abandoned the classics for contemporary works. Neglecting Scripture, a source for so much of our literature, has also left a void. Most readers once understood references to terms like the trumpets’ blast at Jericho or the widow’s mite, whereas today they might be left scratching their heads in their puzzled ignorance.

Moreover, as Anthony Esolen makes clear in his online essay “A Greater Nationalism,” the culture has erased other common markers from the past. For part of his evidence, he cites reviews that appeared in American papers of the novels by Polish writer Henryk Sienkiewicz, winner of the 1905 Noble Prize for Literature. Of Sienkiewicz’s “With Fire and Sword,” a reviewer from The Philadelphia Inquirer wrote: “A great novel. He exhibits the sustained power and sweep of narrative of Walter Scott, and the humor of Cervantes. A greater novelist than Tolstoy.” A number of Americans may still recognize those icons of Western literature, but far fewer have actually read their works.

Twenty years ago, poet and essayist Dana Gioia, then chairman of the National Endowment for the Arts, commented on a report from that agency:

Reading at Risk is not a report that the National Endowment for the Arts is happy to issue. This comprehensive survey of American literary reading presents a detailed assessment for the decline of reading’s role in the nation’s culture. For the first time in modern history, less than half the adult population now reads literature. Anyone who loves literature or values the cultural, intellectual, and political importance of active and engaged literacy in American society will respond to this report with grave concern.

To these thoughts, Gioia added that “literary reading in America is not only declining among all groups, but the rate of decline has accelerated, especially among the young.”

“You don’t have to burn books to destroy a culture,” Ray Bradbury once stated. “Just get people to stop reading them.”

Mr. Porter, Gioia, Esolen, and others like them understand well that literacy, reading, and a shared literary past deeply affect our culture and our politics. With more people today deficient in literacy, fewer people reading books (new or old), and educators often neglecting the classics of Western civilization, our society is, as Gioia wrote, on the precipice of “a vast cultural impoverishment” and is in a “retreat from participation in civic and cultural life.” Unfortunately, that is water under the bridge. The damage is done, and for the present, the odds are likely that nothing will alter the course of these trends.

But all is not lost. (It rarely is.) We as individuals can help repair that bridge of books to the past. We can read the classics, and no matter what school our children attend, we can share those old tomes with them. We can create book clubs with friends and family members, groups aimed at reading the venerable writers, or we can join online clubs featuring well-known works of literature.

In a famous scene from his “Confessions,” weeping and in the depths of a spiritual crisis, St. Augustine suddenly hears a child’s voice chanting “Tolle lege, tolle lege,” meaning “Take up and read, take up and read.” He turns to the Scriptures he’d been reading and discovers the words that start him on the road to his conversion.

For those who want to help repair the bridge to the past and add nourishing foods to their own pantry of wisdom, it’s that simple: “Tolle lege, tolle lege.”