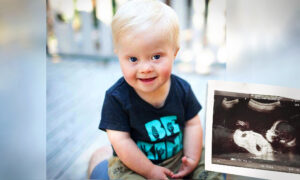 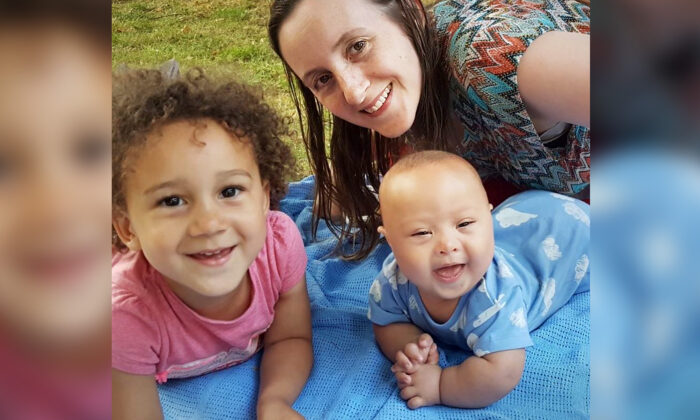 UK Couple Refuse to Abort Baby With Down Syndrome; Now Son Is Heathy Toddler and a Model

In 2016, a couple were heartbroken after receiving news that their expected baby might have Down syndrome; but they defied the doctor’s advice to terminate the pregnancy and gave birth to a bouncing baby boy.

Sarah Ojar and her husband attended the 12-week scan eager to see their baby, and put little thought into consenting to the screening, as they thought the birth would be straightforward, just like with their firstborn girl.

“We were told, ‘There is a 1/29 chance of your baby having Trisomy 21 (Down syndrome). We were offered a termination, a more accurate screening that cost around 550 dollars, a diagnostic CVS test, or to just carry on as normal,” Sarah said in a story submitted to LoveWhatMatters, adding that they chose to carry on normally.

At 16 weeks, she began feeling the baby kicking, and taking it as a good sign, she started bonding with him.

During her 20-week anatomy scan, the doctor informed them that their baby, Zephy, had fetal hydrops, a buildup of fluid around his heart, lungs, and brain.

“We were advised to terminate the pregnancy, as they didn’t believe it to be viable,” said Sarah, adding that the doctors said he had no chance of surviving.

Though the couple had previously decided they would never have amniocentesis due to the risk of miscarriage, they saw the situation at hand as forcing them to do it.

“It wasn’t a comfortable procedure, and I was terrified of having a miscarriage,” said Sarah. “I rested as much as I could in the days after while awaiting the results.”

Days later, the results confirmed that the baby had Down syndrome, putting the family through a range of emotions: from disbelief and denial to anger and pain, and finally acceptance.

“Our families were so supportive, and he was so loved and accepted from before he was even born,” said Sarah.

After weeks of worrying, a scan confirmed that all the fluid had gone, allowing his organs to continue growing. This scan gave them hope that the baby would make it.

“We sadly did not get a lot of support from the hospital,” the mom said. “I found the rest of my pregnancy quite a lonely and daunting experience.”

After induction on Christmas Day, the baby was born healthy the day after, and spent two weeks in the special care baby unit.

Fortunately, Zephy does not have any clinical conditions associated with Down syndrome; so Sarah and her husband have not had any serious illnesses to attend to, boosting his overall health significantly.

Zephy is doing very well, generally. He has even been signed into a modelling agency in London, signed by a baby food advert and Down syndrome awareness campaigns.

Sarah advises people in similar conditions to remain encouraged and know there is a wonderful community out there, waiting with open arms to help navigate what is to come, practically and emotionally.

Sarah adds: “Down syndrome is not something we specifically think about every day. It is everywhere, like the air we breathe, but not something we continuously focus on. I am so excited to see what his future holds.”