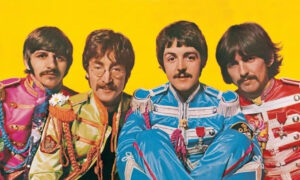 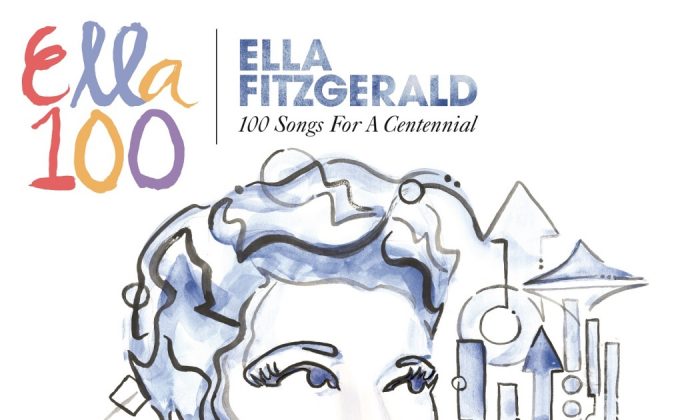 Ella at 100, Harry at 90
By Barry Bassis
biggersmaller
Print

Two icons of American music celebrated landmark birthdays this year, Ella Fitzgerald (1917-1996) and Harry Belafonte (1927-), and both are honored by new CD collections.

“Ella 100” is a four-CD set that has 100 songs from the Decca and Verve labels, which recorded her early hits as well as her rise to superstardom.

Fitzgerald’s career began with her winning the talent contest at the Apollo Theater in 1934, when she was a teenager. Soon, she became the vocalist with Chick Webb’s band. Their first hit together (included in the set) was “A-Tisket A-Tasket,” a child’s novelty song, recorded in 1938. When Webb died the following year, Fitzgerald took over the band and two years later went solo.

The first disc is largely made up of songs from this period. Fitzgerald’s sunny personality, distinctive voice, and ability to swing come through. The songs are fun but mostly novelty material, such as “I Want The Waiter (With The Water)” and “(If You Can’t Sing It) You’ll Have To Swing It.” Towards the end of the CD, she takes on classic songs (“I’m Beginning to See the Light” and “It’s Only a Paper Moon”) and shows her mettle. The first disc ends with a charming duet with Louis Jordan, “Baby, It’s Cold Outside.”

The second CD begins with an ebullient 1947 recording of the Gershwin Brothers’s “Oh, Lady Be Good,” marking Fitzgerald as one of the finest scat singers of all time. “That Old Feeling” and “I Hadn’t Any One Till You” highlight her felicitous way with a ballad.

Though she doesn’t reach the depths of Billie Holiday in downbeat material like “Black Coffee,” Fitzgerald certainly conveys the mood of each piece. And at this point in her career, she was working with top arrangers and bandleaders (Gordon Jenkins, Sy Oliver, Benny Carter and others), featured in the recordings.

Producer Norman Granz first presented her in the Jazz at the Philharmonic tours in the late 1940s. Then, in 1956, he began the series of songbook albums that made Fitzgerald into a superstar. The first was the Cole Porter Songbook, with arrangements by Buddy Bregman, from which the set includes “Miss Otis Regrets,” “You Do Something to Me,” and “I’ve Got You Under My Skin.” There are also pieces from the songbooks of Rodgers and Hart and Duke Ellington.

Fitzgerald was often paired with the rough-voiced Louis Armstrong, and they are always delightful, whether singing “I’ve Got My Love to Keep Me Warm” with Oscar Peterson’s Quintet or Gershwin’s “Summertime” with an orchestra (on CD 3).

The third CD has numbers from the invaluable songbooks of Irving Berlin, George Gershwin, and Harold Arlen. There are also excerpts from “Ella Swings Lightly” with Marty Paich’s Dek-tette and a resplendent “Stella by Starlight” from “Clap Hands, Here Comes Charlie.”

CD 4 has songs from the Johnny Mercer and Jerome Kern collections and albums with Duke Ellington and Count Basie. She is backed up by Sinatra’s favorite arranger/ bandleader Nelson Riddle on three songs.  Her blues numbers don’t sound traditional but are enjoyable on their own terms. The album ends with Fitzgerald’s famous live version of “Mack the Knife,” where she scats with virtuosity and does a funny imitation of Louis Armstrong.

“Ella at 100” proves that the great American songbook was never greater than when sung by Ella Fitzgerald.

Harry Belafonte is still alive and well at 90. In fact, he handpicked the recordings on “When Colors Come Together–The Legacy of Harry Belafonte” (on Legacy Recordings).

The multi-talented Belafonte is a distinguished singer, actor, and civil rights icon (a close associate of Dr. Martin Luther King and one of the planners of the historic March on Washington).

Belafonte’s 1956 “Calypso” with his signature “Day-O” (from “Banana Boat”) was the first album to sell over one million copies. This was quite an achievement for an African-American artist at a time when the South was still segregated.

The CD begins with a children’s chorus performing “When Colors Come Together (Our Island in the Sun),” which Belafonte wrote for the movie in which he starred. He also includes his own rendition of the piece and six other Calypso songs.

As a ballad singer, he demonstrates that he was the only one who could match Frank Sinatra in his delivery of a song lyric. Included here are his sensitive renditions of “All My Trials,” “Scarlet Ribbons,” and “Try to Remember.”

A live recording from 1967 of Pete Seeger’s “Those Three are on My Mind” about the murder of three civil rights workers and “Abraham, Martin and John” (about the assassinations of Lincoln, King, and the Kennedy brothers) are reminders of his social activism.

“When Colors Come Together” is a fine one CD compilation but Belafonte merits a multi-CD set.