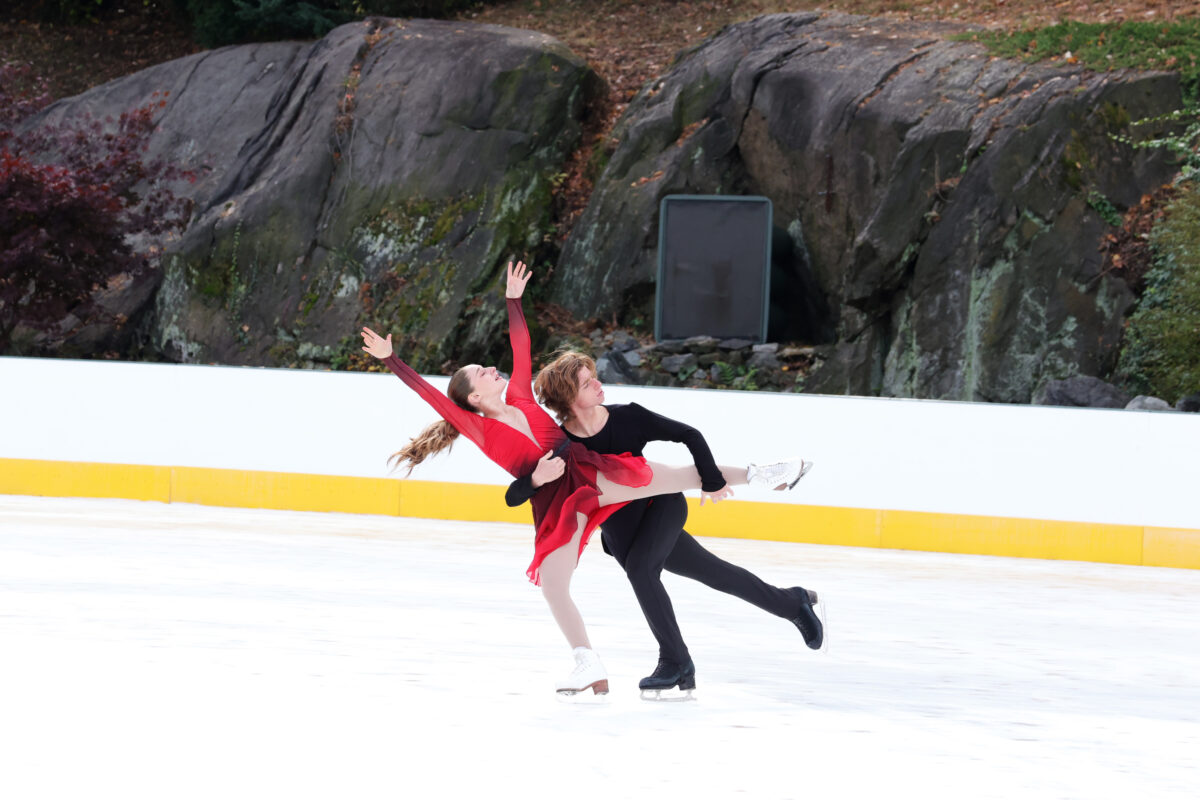 Oona Brown, 17, and her brother Gage Brown, 19, are on Team USA for U.S. Figure Skating. Although their lifetimes are short thus far, those lifetimes have been spent mostly on the ice.

Their story begins in 2008, when Oona was 4 and Gage was 6. Gage and his older siblings were being homeschooled by their mother, Zhon Brown. To fulfill their physical education requirement, she took them to an ice-skating rink, where the class was taught by a coach. Oona tagged along.

“I distinctly remember holding on to the walls quite a bit,” said Gage. Zhon said about Oona, “She literally clawed her way around the rink.” While this doesn’t sound like such a good start, the coach made an observation.

Both Zhon and the coach “thought it would be cute” to have the brother and sister skate as a pair. At first, Gage wasn’t thrilled with the idea but gave in. And thus began their lifelong careers in figure skating.

In 2012, Oona and Gage started skating in local competitions on Long Island, where they live. However, they weren’t skating as a pair just yet. “Our older sister inspired us to start actually competing because she was the first one that competed,” said Gage.

“All the kids skated,” said Zhon. “We’re a very competitive family,” said Gage. “So when another sibling one-ups the other one, obviously they don’t feel great about it so they try to get better than the sibling that just passed them. That’s how our family works.”

Gage won several of these competitions not because of his skating skills but because he was the only boy competing.

The competitions got bigger and farther away. The children took their first plane trip to Missouri, where they competed in their first U.S. Nationals. They didn’t finish as well as they’d hoped to, in last place on the intermediate level. In San José, they placed fifth on the novice level. Zhon accompanied them to these and other domestic competitions.

The competitions kept getting bigger and more distant. They included international ones, where they represented Team USA in Germany, Lithuania, Armenia, Austria, France, and Italy. They had two weeks’ notice before their first trip, to Germany. For that competition, they had to get expedited passports and learn new dances. Some of the dances were choreographed in Europe, two days before they performed them. They placed third. For each new competition, their coach bumped them up to a higher category.

They also traveled to Siberia. “It was very deep into Russia,” said Gage. “The arena was massive [with] over 5,000 people,” he said, making it the biggest audience for which they’ve ever performed. They placed eighth.

In 2020, the Browns achieved a goal of theirs at a world championship in Estonia. They knew they’d be competing against “the best of the best,” as Gage put it, so they planned to make the top 10. They placed 10th.

While there’s a lot of competition in the Brown family, there’s also a lot of support. For starters, there’s not just the emotional support Zhon gives Oona and Gage, there’s the financial support. Just about every aspect of her children’s skating career—lessons, wardrobe, travel—costs her money. (She reminds them of this regularly.)

But the rest of the family supports them, too. Older sister Adira Brown (the one who encouraged them to compete) acts as their publicist. “She had just finished college [and] she needed something to do,” said Zhon about the 24-year-old.

When the Browns compete domestically, Zhon accompanies them. But when they compete internationally, she stays home and entrusts their care to Joel Dear, one of their two coaches, and watches the performances on television or whatever service they’re streamed on, occasionally yelling at the screen. The rest of the family attends domestic competitions as well.

Up Close and Personal

In ice dance, couples often get face-to-face and body-to-body, giving the illusion of a romantic bond. “A lot of the teams are taking that romantic bond route, pretty much, and just using that as their story,” said Gage. “All the intimate moments are not, obviously, what we’d be doing on the ice. We have a different kind of bond that’s not romantic.”

“I feed mainly off of the audience and forget about him,” said Oona, whose name means “Queen of the Fairies.”

One of their ice dances at a competition in Armenia was the tango. The tango is a dance of passion, not the sort of dance a brother does with his sister. “Everyone says I like to be angry; I like to growl,” said Oona. When they performed it, their faces did not emote passion, but anger and growls.

Even with all their success, Oona and Gage have no inflated egos and poke fun at themselves. “After every competition, I always say to them that they should be proud of what they accomplished, no matter what, no matter if you’re first or last,” said Dear, their coach.

Dear said while they may celebrate in the moments following a great first segment, they don’t linger in them, but start talking about the second one. “They’re always reaching for the next thing.”