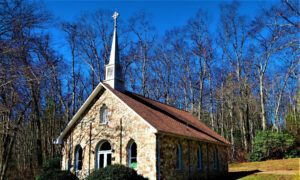 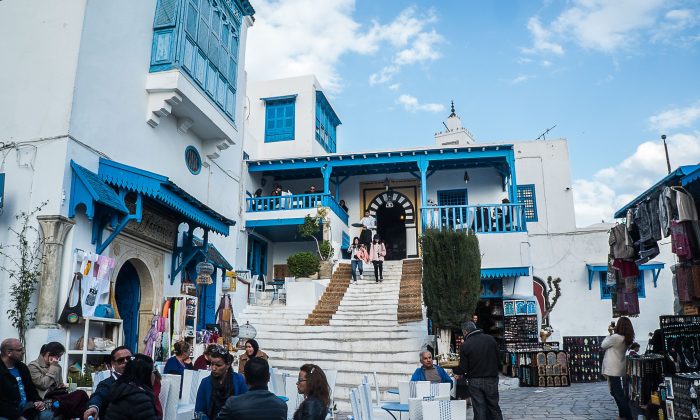 Editor’s note: Canada, the United States, and the United Kingdom all advise exercising a high degree of caution if travelling to Tunisia due to the nationwide risk of civil unrest and terrorist attacks.

Tunisia is located at the head of the African continent, its extensive coastline curving along the Mediterranean Sea. Bordered by Algeria and Libya, it is the smallest country in the region yet its culture and traditions are rooted in antiquity.

Tunisia has one of the best sandy coasts in the world with many luxury hotel resorts along the Mediterranean such as Hammamet and Sousse, but this little country has much more to offer than merely sun and sea.

On a recent trip to the capital Tunis, as I strolled along the leafy Avenue Habib Bourguiba with its world-class Théâtre municipal de Tunis as well as cafes, boutiques, and shops, I sensed a modern city similar to Paris or London.

Tunis’s main thoroughfare, the avenue is home to the Place de l’Indépendance and the Cathedral of St. Vincent de Paul, built in 1897 following the French conquest of Tunisia in 1881. Although independence from France was achieved in 1956, French cultural influences are still evident, as are those of other conquerors like the Romans and Arab Muslims.

Ibn Khaldoon, whose statue dominates the Place de l’Indépendance, is an example of this heritage. Born in Tunis in 1332, he is one of the most famous scholars in the Islamic world and is considered to be one of the founding fathers of modern sociology and historiography.

Tunisia has one of the best sandy coasts in the world, but this little country has much more to offer than merely sun and sea.

Crossing under the huge arched stone gate of Bab El Bhar (Gate to the Sea) in the east of the old town, I entered the historic Medina and explored its intricate maze of narrow cobbled streets and alleyways.

Here you can find everything from traditional outfits to ceramic mosaics, copper plates, jewellery, and carpets. Men sit by their tiny shops inviting passersby to come in and buy their wares.

Designated a UNESCO World Heritage Site in 1979, the sprawling Medina is home to some 700 monuments, including palaces, mosques, mausoleums, madrasas, and fountains.

One of these is the Zitouna Mosque, built in 703 after the Arab conquest of North Africa in 698. The mosque spans 5,000 square metres and boasts nine entrances and 160 marble columns. Not only is it a place of prayer, it is also one of the first universities in the history of Islam and the world, hosting many famous scholars who graduated over the centuries.

On my second day in Tunisia I drove to the ancient city of Carthage in search of Roman ruins. Carthage’s archeological sites reflect many layers of ancient history going back 3,200 years.

Driving through the countryside and newly developed neighbourhoods, the remains of Roman stone buildings could be seen everywhere. Eventually I reached the Roman Carthage Theatre which dates back to the second century AD. The Amphitheatre, an arena with a capacity to hold 15,000 spectators, was a popular place of entertainment and provided gladiatorial games for people from all different classes of society.

Today, surrounded by palm trees, it is a stimulating setting for international music festivals in July and August. Other significant monuments in the area are the ruins of the Antonine Baths and Villa de la Volière. The Carthage National Museum houses a wide range of archaeological objects and artifacts from these ancient sites.

A trip to Tunis wouldn’t be complete without a visit to Sidi Bou Said, just 20 kilometres north of the capital. The town, where all the buildings are painted white with blue trim and accessories, is perched at the top of a steep cliff overlooking the Mediterranean.

Sidi Bou Said is named after a holy man, whose full name was Abou Saïd Khalaf Ibn Yahya el-Tamini el-Béji. He taught Sufism and mysticism at his sanctuary in the town. He died in 1231 AD and his humble tomb has been a place of pilgrimage for centuries.

The town is a maze of zigzagging pathways, arches, and curved flights of steps leading to hidden courtyards where studded wooden doors open onto private gardens, cafes, stores, and artists’ workshops. The uniform blue-and-white colour scheme, coupled with an abundance of flowers and greenery throughout, make the town picture-perfect.

As I wandered through the jasmine-scented streets I felt a comforting sense of calm and peacefulness. Perhaps it’s no wonder that over the years, many artists, painters, poets, and writers, both national and foreign, have either visited or lived in Sidi Bou Said.

One attracted by its lure was Baron Rodolphe d’Erlanger, a famous French painter and musicologist from a wealthy family. He built his magnificent Moorish-style palace, Ennejma Ezzahra (Star of Zahra), here in the early 1900s.

The palace is now a museum and includes Erlanger’s original furniture, his musical instruments, and collections of his paintings. The museum is also home to the Center of Arab and Mediterranean Music, whose mandate is to promote activities devoted to Tunisian and Arab musical heritage.

Tunisia has had its share of problems in recent years and tourism is currently down. But when visitors return to the country’s once-popular Mediterranean resorts, I hope they will also take the time to check out Tunis, Carthage, and Sidi Bou Said in order to get a feel for this modern state’s many layers of rich history.