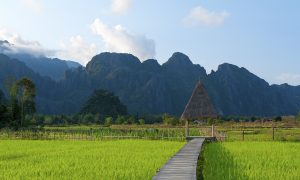 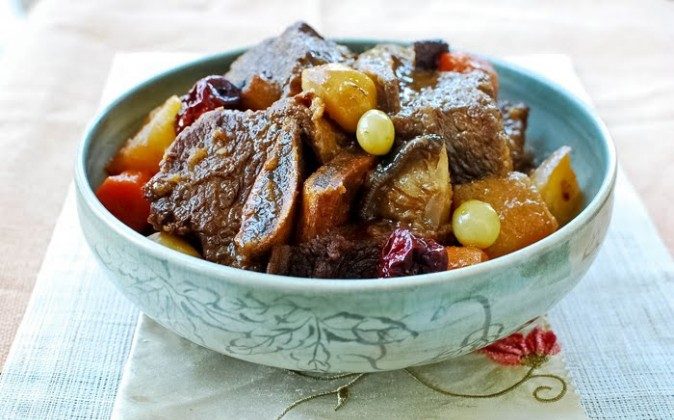 For centuries, Korean cuisine has been known for dishes that are unique in flavor, texture, color and taste. With a colorful variety of dishes ranging from Kimchi (a spicy fermented cabbage) to bibimbap (mixed rice topped with vegetables, roots, and meat), Korean cuisine is shown sustaining its rich 4000 year old heritage by preserving the cooking methods to ensure that they remain unchanged.

The Making of Galbijjim

Galbijjim (pronounced as kahL-bee-ccheem) is no different from this rule. The tender beef dish is one of Korea’s ancient dishes with a history that not only represents the nation’s cultural progression throughout the centuries, but becomes one of the symbols of preserved customs.

In appearance, the Galbijjim resembles a meat stew made with beef short rib marinated in soy sauce, sesame oil, scallions, minced garlic, pepper, ground sesame with salt, ginger juice, and sugar. It is then cooked slowly over medium heat and additionally seasoned along with jujube, ginkgo nuts, carrots, and pine nuts. Chestnuts, shiitake, and seogi mushrooms are added shortly before the dish finishes cooking and served in a bowl instead of a plate.

By using this cooking method, the beef not only becomes juicy, soft, and tender, but the ingredients and seasoning give off a smoky sweetness that is irresistible to ignore.

Significance of Beef—Origins of Galbijjim

Galbijjim (or Garijjim) is believed to have originated in the mid 1700’s, during the near end of the five century old Joseon Dynasty (1392-1910). It was this time that the Imperial Korean government began to promote the increase for beef cattle—a bold decision that was considered a revolutionary change for Korean cuisine.

Korea’s exposure to Chinese influences, including Buddhism, caused the popularization of beef. As the religion became a widespread practice during the Goryeo period (918-1392), Korea’s culture became more accustomed to Buddhist ideals, thus leading the Buddhist ruling class to place a ban forbidding the consumption of beef. The ban wasn’t lifted until the 13th century by the Mongols who helped increase and carry through the production of cattle in the Joseon dynasty. By the latter years of the 20th century, the price of beef was lowered to regular table fare so that the meat became more affordable.

Beef is considered as the most prized meats in Korea, and historically cattle were valuable animals of labor. Because Korea is a peninsula nation with land perfect for agriculture, cattle were considered “animals of burden” and important companions helped to cultivate crops. While it is unknown whether Korea’s inhabitants at the time commonly consumed beef, it is more likely that they consumed chicken, pork, and seafood. Therefore, consuming the luxurious meat was reserved for the Joseon dynasty’s monarchs—prepared in the same slow steamed and seasoned process that the galbijjim undergoes.

A staple food of the Lunar New Year festival and autumn harvest festival Chuseok, Galbijjim exemplifies traditional family gatherings and offerings to ancestors. Galbijjim complements other seasonal dishes that are consumed during the holidays, making it a symbolic food that transcends beyond the world of the living.

What Significance Does This Dish Hold Today?

Galbijjim is still regarded as a traditional high-class dish that professional Korean chefs prefer to express the long history of their heritage. When making the dish, they use the freshest ingredients and high-grade quality beef to ensure its rich tenderness and savory-sweet flavor.

Despite its royal legacy, the dish is now available throughout all regions in Korea with different variations. A hot and spicy Galbijjim can be found in the Dongin-dong district of Daegu, while a pork version of this dish is specialized in Gyueonggi-do province. Aside from the annual traditional holidays, Galbijjim can be regularly served as home-styled comfort food, restaurant food, or as anju (a side dish while drinking alcohol) for winding down after a long day.

As Korean food is rapidly gaining attention throughout all parts of the world, the galbijjim is a must-have dish to reflect the influences and ancient culture of Korea. While is a dish that symbolizes the simultaneous mingling of the living, the dead, the poor, and the royalty, the galbijjim serves as a delicious reminder that once you taste it, you’ll want to come back for more.