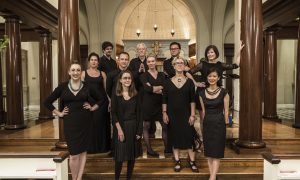 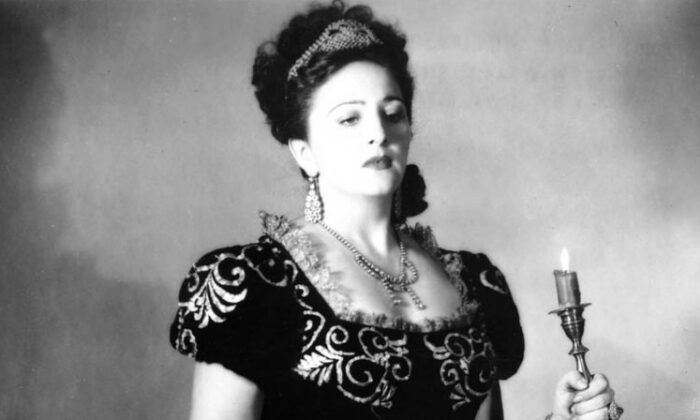 Truth Tellers: Zinka Milanov, the Truth of the Soul

How many centuries did it take to change a sigh and a groan into a song? We will leave that question to the anthropologists and musicologists, and focus our attention on the 19th century—the century of bel canto, beautiful singing—when the operas and songs of our great composers reached their full bloom and plumbed the depths of the human heart.

Ultimately, no one can prove that something is beautiful, but when many people of discernment say that Croatian soprano Zinka Milanov (1906–1989) has, says the New York Times, “the most beautiful voice in the world,” one is prompted to take note. Time Magazine once wrote “as for sheer beauty of voice, Zinka Milanov cannot be rivaled.” Another New York Times review reported “it was one of those eventful nights when Milanov was at her best, seemingly bewildered by the beauty of her own voice.”

Certainly, the emotional power of Milanov’s voice was overwhelming. The sound appeared to come from no particular place, but simply became present, filling every contour and crevice of the hall. It has been described as a golden trumpet, a sapphire, a dark bell, but these descriptions say little. Words can tell us almost nothing about vocal beauty.

In the Renaissance, treatises were written on vocal quality and vocal technique, but they do us little good and leave us wondering: How did they really sound? We’ll never know, but due to recording technology, we have over a century of great singing documented in ever increasing exactness. It bears witness to the bel canto tradition, its style, and expansive temperament.

Early cylinder recordings from the 1890s make possible a glimpse of all this, and as technology improved, more vocal qualities were revealed.

The male voice, because of its lower overtones, was the first to become available to us. Mattia Battistini (1856–1928), who sang with Verdi, recorded late in his life, giving us a sense of the style and vast dramatic scope of both singer and composer. As well, when one hears Alessandro Moreschi (1858–1922) sing “Ideale” or “Ave Maria,” one hears the highly charged emotional parameters of that time.

It was not until the 1940s, however, that recordings of the female voice began to resemble anything like what one hears in live concert. It is possible to read between the lines, so to speak, in the earlier offerings of Elisabeth Rethberg or Rosa Ponselle, but only in the 1950s was there success in reflecting the true sound of the great sopranos. Kirsten Flagstad and Zinka Milanov were among the first artists to have the opulence of their singing put to disc and preserved for future generations.

Awakening to the Voice

Perhaps the reader might be interested in an autobiographical aside at this point. I was born into a lower-middle-class household where there were no books, no pictures on the wall, and my mother had the radio tuned to the endless march of the hit parade. That was all I knew of music.

Then one day, when I was 10 or 11, a neighbor said to me, “Raymond! Come here and listen to something!” It was Zinka Milanov singing “Pace mio Dio.” I had never heard an operatic voice before. My reaction? Again, one can’t begin to use words; they are far less expressive than music, but I must try to tell you. It was like looking through a telescope for the first time and sensing the vast universe one only guessed at before: its grandeur, its infinitude, and behind that, a meaning and purpose we feel but cannot explain.

Of course, one simply reacts to music at first. Only later do we examine the causes underlying the reaction. Only later, therefore, did I begin to become aware of some important things. First of all, this voice had a wider range of pitches than those of popular singers; it had an immense dynamic range, great emotional power, and a profusion of color.

Then, I considered the words. “God, give me peace!” she sang. So, the spiritual aspect of great music became apparent to me. God was present, the higher world, a world of nobility and wonder, the perplexities and pain of life transformed into timeless beauty.

Milanov’s great singing did not demand an explanation. It demanded only my attention. “Listen with all your soul,” the great Russian poet Apollon Maikov wrote. These days we are unused to listening carefully, let alone listening with all our soul! However, it is the only way, and it suffers no boundaries of social class, intelligence, or education. It is there for us.

I list below some recorded moments of Milanov’s sublime artistry that have for half a century moved me, filled me with wonder, and possibly made me a better human being. Now that all music is available through numerous venues, I give only a title and date, and ask that you “listen with all your soul.”

If one cannot describe great music, or a great performance, one can certainly say something about its impact on the listener. One feels added to, enriched, nourished. One feels that something that lies beyond what can be said or sung has been hinted at, and that we have been told the truth.

After a Milanov performance, there was a general sense of connection with the others who had heard what we had heard. As we walked out of the theater and into the streets, we seem to have been changed, become gentler, more respectful of each other because of our shared experience. There was an unspoken understanding, fleeting though it might be, that the needs of the human heart are the same in each of us, that each life is as precious and sacred as we know our own to be. Only art has such power to carry this great message, and only art—not laws, not governments—will ultimately bring the peace that we, for centuries, have longed for.