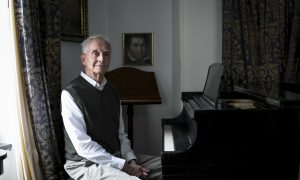 Piano Accompanist Raymond Beegle: The Classics Are Our Hope
0 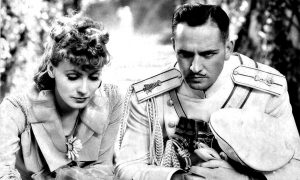 Guide to the Classics: 'Anna Karenina'
0 A close-up of the portrait of Leo Tolstoy, 1882, by Nikolai Ge. (Public Domain)
Literature

“The hero of my tale, whom I love with all the power of my soul, who is, was, and will ever be beautiful … is truth.” So wrote Tolstoy at the beginning of his creative life. On his deathbed, his last, unfinished sentence began with the word “Truth.”

To express the truth about man’s soul, to express those secrets that can’t be expressed by ordinary words, was, in his view, the task and the sole purpose of art. “Art is not a pleasure, a solace, or an amusement; art is a great matter. Only through the influence of art the peaceful cooperation of man will come about, and all violence will be set aside.”

It may surprise some readers to learn that of all art forms, the great Leo Tolstoy, the great man of letters, was most moved by music. His son, Serge, a composer, said that no man he had ever known was so deeply affected by music as his father. Notable people witnessed his reaction to music as well. The great Russian basso Feodor Chaliapin recalled that when he came to sing for Tolstoy, Sofia Tolstoya drew him aside saying: “It might be that when you sing, my husband will shed tears. Please try not to notice, as he would feel terribly ashamed.” Tchaikovsky also noted in his diary: “Perhaps I have never in my life been so gratified and my creative ambition so touched as when L.N. Tolstoy, sitting beside me and listening to the andante of my First String Quartet, burst into tears.”

Tolstoy demanded truth from himself in his literary works: They must be born of urgent necessity, they must be simple, and they must be free of vanity. He convinced others of this. Tchaikovsky wrote to a friend: “Tolstoy persuaded me that any artist who works not from an inner urge but with a shrewd eye on effect [Tchaikovsky’s italics] and who employs his talents with the idea of pleasing the public and pandering to it is not truly an artist.”

Tolstoy advised the young Leonid Andreyev that “simplicity is the necessary condition of the beautiful” and reproved the great and proud Bernard Shaw, telling him: “I see in your book a desire to surprise and astonish the reader by your great talent and intelligence. But it distracts the reader’s attention from the subject, and focuses instead on your own brilliance.”

Art was a moral issue to Tolstoy. He considered plays, novels, paintings, operas, created solely for entertainment and for profit, to be counterfeit and unethical, virtually a form of prostitution. “As terrible as it is to say, most of the art of our time is prostitution: It can always be at hand according to the demands of the market. Like a prostitute it needs to be decorated. It answers only to profit. It corrupts, distracts, dissipates, and weakens one’s spiritual powers,” he writes in “What Is Art.”

But what is this truth that Tolstoy loves so deeply and finds so beautiful? Ultimately, of course, it is a mystery, seen “through a glass, darkly,” but still, there is much to be seen, much to fill us with wonder. We find aspects of it In Tolstoy’s fiction, in his essays, diaries, and letters.

For instance, we find that we know little: Pierre, the hero of “War and Peace,” remarks, “The one thing I know is that man can know no thing: and that is the height of wisdom.” We find that love is many faceted: Anna Karenina, before her tragic affair with Vronsky, when asked by jaded society friends “Well, Anna, what do you think of love?” replies, “There are as many kinds of love as there are human hearts.” We find an explanation for man’s cruelty to his brother: Because of ignorance and coercion, we are blinded to the fact that every human life and every human soul is precious—holy beyond words—and we are violent to each other only out of ignorance or coercion.

Thoughts such as these were stated and restated in a succession of marvelous works—until the author’s 50th year. Crisis came; it was a spiritual crisis. In his “Confession,” Tolstoy describes his profound struggle: “I desired with all my soul to be good. Every time I expressed the longings of my heart to be morally good I was met with contempt and ridicule but as soon as I gave way to low passions I was praised and encouraged. Ambition, love of power, gain, lechery, pride were held in high esteem, and I lived for them for years until my life came to a stop. Life seemed meaningless and I was drawn to suicide.”

Then came the realization that all the truths he had so sincerely written about and believed in were no mere theories, no mere abstractions. He had to live them. They were indeed true, truer, more enduring than his own life or the lives of others, which pass away and are forgotten.

As he began to live his ideals, his spiritual life and worldview expanded. He stopped accepting money for his writing and wrote less fiction, turning to philosophical and religious subjects. The intellectual world did not approve. They did not approve of the marvelous essays “What Is to Be Done” or “The Kingdom of God Is Within You.” Turgenev wrote from Paris “My friend, return to literature!” What fiction he did write was severely criticized, although his great novel “Resurrection” and the few short stories of this period are dazzling in their clarity and simplicity.

Truth always remained the hero of his tales. Well into his new life, Tolstoy published “What Men Live By,” written in the old folk tradition.

God sends an angel to a small Russian village to learn three truths about humankind. They are the truths that Tolstoy, in the course of his long life, came to own:

Raymond Beegle has performed as a collaborative pianist in the major concert halls of the United States, Europe, and South America, has written for The Opera Quarterly, Classical Voice, Fanfare Magazine, Classic Record Collector (UK), and the New York Observer, and has served on the faculty of The State University of New York–Stony Brook, The Music Academy of the West, and The American Institute of Musical Studies in Graz, Austria. He has taught in the chamber music division of The Manhattan School of Music for the past 28 years.