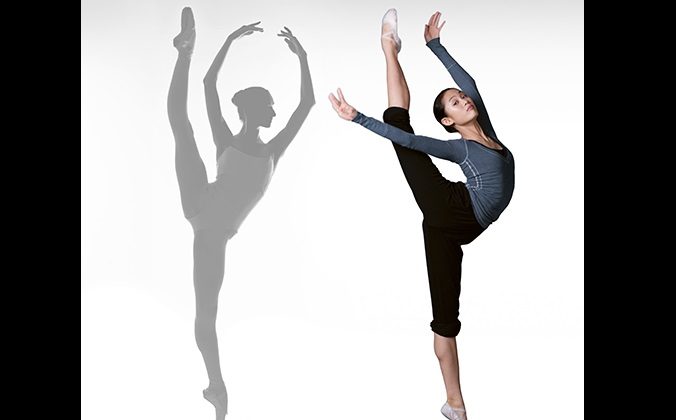 The starting point for ballet is perfection in outer form, whereas the inner quality called “bearing” is the root of all movement and expression in classical Chinese dance. (Shen Yun Performing Arts)
Arts & Culture

One of my earliest memories of classical dance was watching Mikhail Baryshnikov in “White Nights” brazenly win a bet with 11 consecutive pirouettes. The raw beauty and heroism of the moment stayed with me. But nothing compared to what I witnessed in New York for my first glimpse of classical Chinese dance.

I sat in silence, captivated like those around me, enjoying a private showing of Shen Yun. One dance portrayed the legendary general Yue Fei, whose mother famously tattooed the words on his back, “jin zhong bao guo”—”Be totally devoted to your country.”

As war drums resounded, dancers leapt through the air, opening my heart, drawing tears from my eyes—so touching and real, it was as if I could sense the general himself.

As I continued to watch, I noticed many core differences between the two art forms of Western ballet and classical Chinese dance—some physical, some not.

To begin to understand the differences between ballet and classical Chinese dance, we can look to Western and Asian art. The West’s golden age, the Renaissance, created masterpieces in flawless form—detailed, realistic works of art. The Sistine Chapel is so lifelike it could very well be a window to Heaven.

Ballet is like this too, precise and athletic—pursuit of perfection in external form.

A Chinese painting, on the other hand, embodies sweeping, less realistic brushstrokes, more revealing of an inner journey, symbolic of divine sentiments. Likewise, a performer’s inner nature is the starting point of classical Chinese dance—called bearing—the root of a dancer’s physical and emotional expression, often to convey divinity through dance.

Ballet’s beginnings trace back to the 15th-century Italian Renaissance, with the form systematized a century later by the quintessential patron of the arts, King Louis XIV.

Classical Chinese dance, on the other hand, grounds itself in five millennia with origins of ancient imperial palace dances, folk traditions, and, of course, one of the most beloved Chinese pastimes—kung fu.
Classical Chinese dance and martial arts can be thought of as two talented brothers who parted ways a long time ago.

During grand celebrations in the palaces, generals performed in front of the emperor, showcasing the same martial arts used on the battlefield. Avoiding a spear, for instance, transmuted into a backflip; defending many simultaneous attacks spun into a sao tang, or “sweeping-the-hall spin.”

One art form didn’t come from the other; rather techniques used for combat became martial arts, whereas those same movements used for civil enjoyment became dance. The Chinese language hints of this relationship. Though written differently, the wu in wu shu (martial arts) and the wu in wu dao (dance) are pronounced exactly the same.

One of the easiest distinctions to see between the two beautiful arts is how ballerinas and Chinese dancers move across the stage. Ballerinas use a pointe—a perfectly straight leg that extends all the way to the tips of the toes. Classical Chinese dancers, by contrast, glide across the stage with a rapid heel-to-toe mini-step, as if floating on a cloud.

While each form of footwork poses unique challenges and characteristics, so too does the complete training system of each fine art. Ballet typically trains first the footwork and strengthens the legs and core. The focus then evolves to work on the hands, pointe, partnering, and high-level techniques (such as the pirouette).

Bearing, or yun, is a quality belonging only to classical Chinese dance—it’s the inner feeling behind a movement. Connected to the dancer’s breathing, state of mind, moral character, aura and personality, it’s the reason why the Yue Fei dance gave me such a strong emotional  reaction. In essence, spirit leads form, so that form embodies spirit.

Though the classical Chinese dancer’s source for movement and expression is internal, the journey is holistic, where the requirement is mastery of mind and body — a symbiotic dance between inner and outer realms.

The second core component, form, represents the hundreds of specifically Chinese movements and postures. While rotation of the trunk, direction of the gaze, and placement of the fingers appear to be individual movements, they actually flow together in unison, perfectly coordinated and circular—the whole body like a universe or ecosystem that functions in harmony with all its parts.

The movements in Western ballet are straight and linear, a manifestation of Western belief of one lifetime—life, then death—an earthly journey with a clear end.

Chinese classical dance, on the other hand, is round, circular, reflecting an understanding of birth, death, rebirth—reincarnation.

The third core element of classical Chinese dance is technical skill—highly difficult techniques such as jumping, leaping, turning, and flipping. Many of these physically strenuous movements are not included in ballet.

In ballet, spins, for example, are performed vertically, with the body on a perfectly perpendicular axis. Whereas in classical Chinese dance, the upper body leans forward, tilting upwards or twisting backwards, spinning within multiple planes. Within the Chinese art, a dancer can even spin on one leg while holding the other high above her head.

Despite differences and signature styles, both Western ballet and classical Chinese dance represent beautiful, virtuous art forms that speak to the heart of humanity. Seeing them live preserves the planet’s heritage and enlivens us here and now.