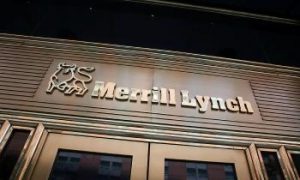 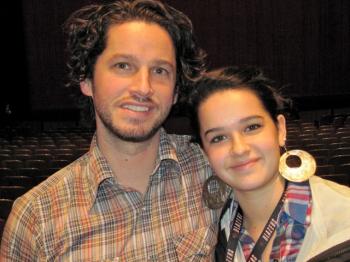 By Nataly Teplitsky
Print
PORTLAND, Oregon—Widely known as a “City of Roses and Rivers,” Portland is also one of America’s largest European-style cities. On Jan. 7, the Portland Center for the Performing Arts, a premier arts venue in the Pacific Northwest, which hosts over 900 performances every year, welcomed the renowned New York-based Shen Yun Performing Arts for the fourth time.

Among those delighted by the performance were Adam Brooks, a jewelry artist, and his 13-year-old daughter, Maitreya, who has been dancing since she was five. When asked about the origin of her name, she shared, “It’s Amharic, and it means three harmonies of love. Maitreya is the upcoming Buddha, the new Buddha.”

“Me being a dancer, it was interesting to watch the technique learned at the Shen Yun dance academy, and the moves they use, compared to what we do, it was really incredible.” She said she found the choreography very creative, adding that “the lines were amazing, the colors really made the dancers stand out.”

Maitreya was struck by the Plum Blossom dance. “I loved the shape of the flowers and the use of the fans, they created really impressive lines.”

The young dancer said she also enjoyed seeing a different culture and the message the dancers conveyed. “They were talking about not being able to perform in China, but they can do it here, and share their message through the dance.”

Her father, Adam Brooks, also praised the performance. “Incredible, all the colors, the precision and synchronization of dance, the playful movement, it was amazing. It was all dreamlike.”

Shen Yun Performing Arts will be performing in Portland through Jan. 9. For more information, visit ShenYunPerformingArts.org .