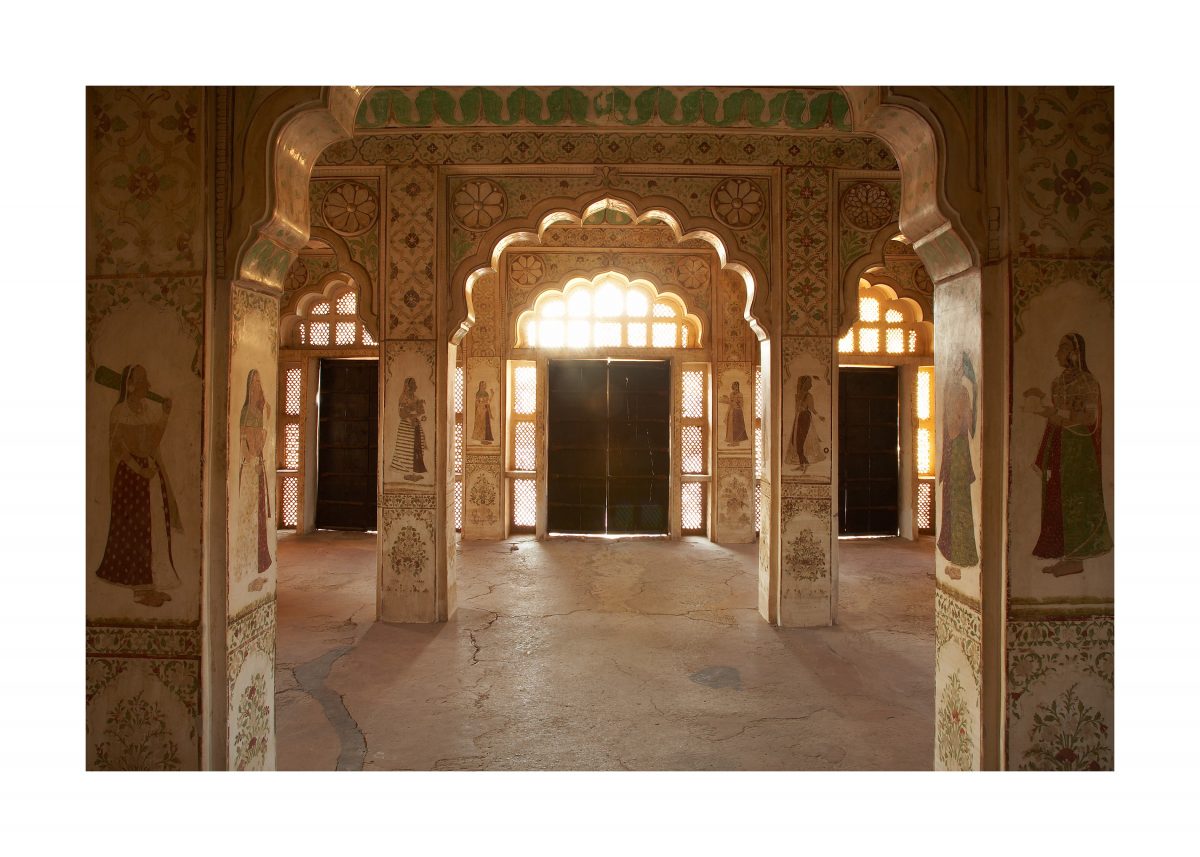 Treasures of a Desert Kingdom: The Royal Arts of Jodhpur, India

TORONTO—Anyone who has experienced an artistic masterpiece, whether it be a painting, a musical composition, literature, or another art form, may have realized that the work does not only tell its own story, but it often also resonates with the observer’s own quest for inner meaning.

This feeling may result from the remarkable ability of the artistic work to capture real life, and perhaps even more so from its ability to reflect realms beyond our own world.

Exploring the exhibit “Treasures of A Desert Kingdom: The Royal Arts of Jodhpur, India,” which opened recently at the Royal Ontario Museum (ROM) in Toronto, one discovers a multitude of objects that dazzle with the wonder of human craftsmanship and artistry. While representing centuries of history and culture, these treasures also invite us to reflect on our own world today and the extent to which we still treasure beauty, craftsmanship, and traditions.

On display for the first time in Canada, the exhibition was initially presented at the Museum of Fine Arts, Houston in early 2018, followed by a brief stay at the Seattle Art Museum. Toronto is its third and last stop, and it will be remain in the city until Sept. 2 when the objects return to their home in Jodhpur, India.

“I think people will just be lost in this story where they’ll feel transported to a place that they didn’t know, but that has connections to their own lives and their own world,” he said in an interview.

The exhibition features nearly 250 artworks and objects from Jodhpur in Rajasthan, part of the former princely state of Marwar-Jodhpur. Curated with the help of the royal family, it sheds precious insights into the life of the Rathore dynasty, which ruled the kingdom from the mid-15th century to the mid-20th century.

Like many other royal families throughout history, the Rathores traced their lineage to divine origins. In fact, upon entering the exhibition one is greeted by a large shield engraved with the image of the sun god, Surya, in the guise of a moustached warrior king, which represents the alliance between human and divine, king and god.

The sun as the symbol of divine kingship is a motif that existed throughout history, from ancient China, Egypt, and Persia to the early modern history with King Louis XIV of France who was known as the “Sun King.”

The exhibition also tries to place Jodhpur’s founding in the 15th century in the context of other major worldly developments, such as the completion of the Great Wall in China, the Renaissance in Italy, the voyage of Columbus to the Americas, and more.

While Jodhpur’s influence on the world was much smaller by comparison, its trove of royal treasures reveal a sophisticated kingdom full of wealth and artistic prosperity. According to Dr. Deepali Dewan, the curator of South Asian Art & Culture at the ROM and the exhibition’s coordinating curator, “Treasures of A Desert Kingdom” demonstrates the historic commitment of Jodhpur’s royal family to the development of art and culture. At the same time, these precious objects were a strategic part of its rule, being used as gifts to foster political stability in the kingdom.

Most of the objects on display are on loan from the Mehrangarh Museum Trust in Jodhpur, but also from the private collection of the royal family.

“They live with some of this art. These art objects are still being used in ways that they were originally made for, which is incredible,” Dewan said.

“Treasures of a Desert Kingdom” is part of the royal family’s commitment to preserving and sharing this cultural heritage, she added. “It is meant to inspire people.”

In fact, members of the royal family, Maharaja Gaj Singh II and his daughter Baijilal Shivranjani Rajye, were in Toronto to open the exhibition. Singh said he hoped it would entice people to visit India.

Singh, who was stripped of his royal title and privileges in 1971 by the Indian government, alongside other Indian royals, has continued to work for Jodhpur through politics, charity, restoration work, as well as bringing Jodhpur to the attention of the international community, such as through this exhibition.

“I think in the West we look at royals as a bit of relics of a bygone area. In India, it’s a very different feeling. In India, the past and the present very much co-exist,” said Dewan.

She said she hoped people would leave the exhibition with a much better sense of India and Indian history.  “It’s not just kings, maharajas, queens, and pretty objects, but a lot of them had a role in very complicated political developments. [At the same time], India today still has a very vibrant culture.”

For more information about “Treasures of a Desert Kingdom: The Royal Arts of Jodhpur, India,” visit: www.rom.on.ca