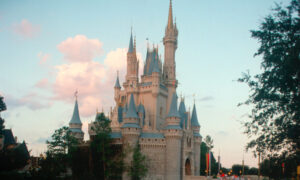 Take a Virtual Vacation to Orlando
0 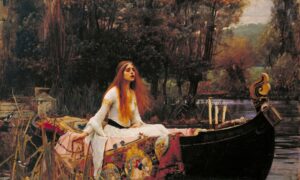 The Power of the Imagination
0 Travel Virtually to These 10 Exotic Locales While Quarantined

During these turbulent times, many of us have canceled or postponed our travel plans. As our new normal continues to evolve almost daily, we anxiously await the moment when we’ll be able to see the world again.

Even though many of us are isolating at home, we can still explore far-flung destinations thanks to technology and human imagination. Fuel your wanderlust by traveling virtually to these 10 exotic locales.

These mesmerizing waterfalls on Africa’s Zambezi River plummet onto the border between Zambia and Zimbabwe. Victoria Falls is not only one of Africa’s treasures, but it’s a UNESCO World Heritage site and one of the Seven Natural Wonders of the World. Adventure-seekers partake in a host of activities, including bungee jumping between the two countries, whitewater rafting, and flying over the falls, as well as seeing wildlife in nearby national parks. Some say the views are more spectacular on the Zimbabwe side, also the home of the Victoria Falls Rainforest, the only place on the planet where it rains all day, every day. Witness the exhilaration of the falls and their surrounds when you embark on a virtual tour.

It’s no secret that this magnificent mausoleum on the Yamuna River is India’s most prized attraction. An excellent representation of Persian and Mughal styles of architecture, the white marble monument rests on a 42-acre compound complete with a mosque, guest house, and formal gardens. This majestic structure is a medley of domes, minarets, spires, pointed arches, calligraphy, and other elaborate detailing. Immerse yourself in the grandness and serenity of the Taj Mahal when you watch this panoramic video, which perfectly captures its elegance.

Situated on the site of the ancient city of Thebes, Luxor has been labeled the most impressive outdoor museum in the world. Like much of Egypt, the “City of a Hundred Gates” features an embarrassment of riches, offering a collection of catacombs, temples, and ruins. Must-see attractions include the Valley of the Kings and its bevy of rock-cut tombs, Karnak Temple, which took 1,500 years to construct, and the Colossi of Memnon, two regal monuments of Pharaoh Amenhotep III. But there’s so much more in Luxor. Lose yourself in the history of the Nile River Valley as you connect with the heart of ancient Egyptian civilization in this 360-degree tour.

If this icon tops your bucket list, you can enjoy Japan’s tallest mountain from all angles when you take a virtual excursion. Essential to the landscape and cultural fabric of Japan, Mount Fuji is a dormant volcano and one of the country’s three sacred mountains. Rising more than 12,000 feet, “Fujisan,” as it is often called, continues to draw hikers of various levels from around the globe. The vista is supposedly more alluring from afar than up close, but the journey appears to be one filled with challenging ascents and breathtaking sunsets. Imagine hiking Mount Fuji on a clear summer day.

The highlight of these Mayan ruins is a towering step pyramid most famously known as the Temple of Kukulkan (feathered serpent) or El Castillo (the castle). Perhaps the jewel of the Yucatan Peninsula, Chichen-Itza was one of the most significant cities of its time, and today is one of Mexico’s most important archaeological sites. The Great Ball Court, Temple of the Bearded Man, Steam Bath, and Temple of the Warriors still stand more than 1,500 years later. Allow yourself to escape to this exciting Wonder of the World, dating to the 4th or 5th century and representing the rich history of the Maya.

Floating icebergs, sculpture-like ice formations, and Diamond Beach–named for the pieces of ice sparkling on the black volcanic sand––draw visitors to this ethereal glacier lagoon located in southeastern Iceland. As with any natural wonder, photos and videos can’t come close to the jaw-dropping landscape you’d discover in person. But this in-depth video pans the lagoon to make viewers feel as if they’ve made the trip to Jökulsárlón, as it offers an excellent overview of this extraordinary corner of the country.

One of the greatest wonders in the Golden State is this soda lake, an otherworldly body of water east of Yosemite National Park and encircled by the jagged Sierra Mountains. Mono Lake’s sculptural tufa towers––calcium carbonate spires formed by the combination of freshwater and alkaline water––rise from the basin and protect its surface. Sometimes referred to as “California’s Dead Sea,” Mono Lake is nearly one million years old (the oldest in North America), and its water is more than twice as salty as the ocean. Visualize the lake’s moon-like persona and the calmness of its shimmering water in a striking visual presentation.

Sunlight penetrates the aquamarine waters as more than 2,000 species of fauna exist in the Great Barrier Reef, the biggest coral reef system on the planet. Touring this marvel from the comfort of home may not even come close to an in-person birds-eye view or a swim deep beneath its surface. Still, one can surely appreciate the grand scale of the 2,900 reefs and 900 islands spanning over 1,400 miles along the coast of Queensland as it’s all captured so brilliantly.

Overlooking Rio De Janeiro, this massive concrete and soapstone statue stands 92 feet wide and 98 feet high. The Art Deco monument soars at the peak of the Corcovado Mountain in Tijuca National Park. While you won’t be able to appreciate the scale of Christ the Redeemer unless you stand close to it, you can catch a glimpse of the statue from various angles as well as the sweeping views of Rio and beyond in this 360-degree tour.

Few of us will ever have the opportunity to visit Antarctica. As one of the most remote places on earth, the ice-covered continent has extreme weather conditions, depending on the season, and getting there can be both time-consuming and costly. Trips depart from Argentina or Chile and require several days on an expedition ship. If you can’t picture yourself trekking to the far ends of the Earth to explore Antarctica, you can pretend that you’ve witnessed the intangible destination by watching this video.