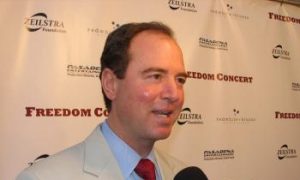 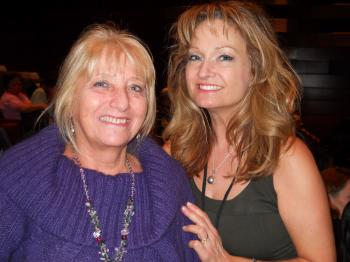 “It’s very colourful, it’s very precise, it’s very joyous what they’re showing, and it’s also got some triumphant parts as well, and some humorous parts,” she said during the show’s intermission.

“I think it’s really nice that they’re portraying some of these lovely cultural highlights in this way, like they encapsulated them—they’re trying to maintain and perpetuate the history through the performing arts through various aspects.”

“It’s a very nice depiction of the Chinese culture,” she said.

Ms. Broda has been involved in travel TV and multimedia production since 1987. For five years she was a talk show host and TV weathercaster. She then switched to travel television, writing and producing travel videos. Her company, BC Pictures Ltd., produces travel-related CD ROMs, DVDs, websites, eBrochures, and multimedia presentations.

New York-based Shen Yun presents ethnic and folk dances as well as classical Chinese dance, one of the world’s oldest and most comprehensive dance forms—an aspect of the show that particularly impressed Ms. Broda and her friend, Louise Blazik.

“To me it’s breathtaking to see the dancers,” said Ms. Blazik, founder and director of Travel College Canada. “They’re amazing, so elegant and gracious.”

“It’s lovely what they did with the Terracotta figures,” added Ms. Broda, referring to Recalling the Great Qin, a piece about the Terracotta Army, a vast series of statues made and buried over 2,000 years ago during the Qin dynasty.