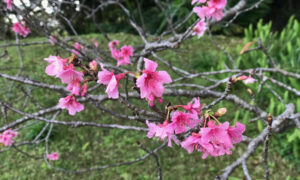 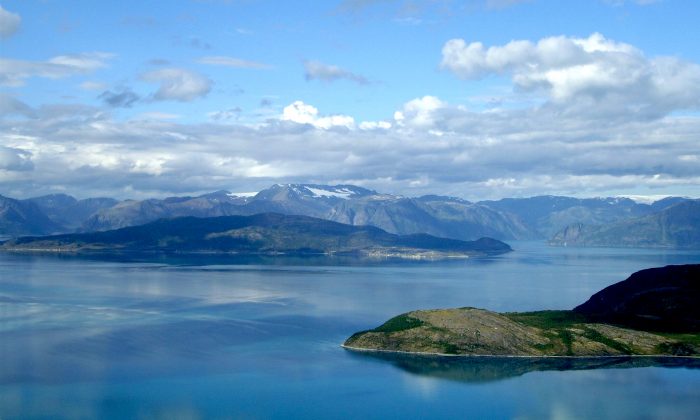 I was in Finnmark, a province in Northern Norway 200 miles above the Arctic Circle. This was the launching point for the historic polar expeditions of Nansen and Amundsen in their attempts to be the first to reach the North Pole. It’s a harsh, unforgiving landscape with incredible scenery of pine forests and birch groves. The people who inhabit this land have learned to use every resource that nature provides.

The reindeer herds were high up on the mountain, leaving the little Sami settlement of Mazé feeling strangely empty. But in the lavvo, Sami elder Johan Eira was singing his joik. Ten of us sat on reindeer hides, piled three deep, around a fire of blazing birch logs. The lavvo is a tepee very much like that of the Plains Indians of North America, wooden-ribbed and covered in heavy canvas. It’s the traditional dwelling of the nomadic Sami people, who for millennia have wandered the Arctic from Russia to Norway following the reindeer herds.

The joik, or song, that Johan was singing, half-chant and half-yodel, was the way reindeer herders let each other know their location during herd migrations and a way of keeping prowling wolves at bay—a scary thought! But a joik is more than just a way of saying “Here I am.” As Johan explained, it expresses the singer’s mood and his feelings, and some songs are gifts composed and bestowed at birth by parents or grandparents.

Over a traditional meal of bidos, a Sami stew of reindeer meat and vegetables, followed by a bowl of golden cloudberries, a seasonal delicacy, Johan gave us our own joik to practise.

Into to the Past

As early as the Neolithic era, the peoples of the far north were part of a hunter-gatherer society that created petroglyphs to communicate with each other, their sky gods, and their animal totems.

At the Alta Museum on Alta Fjord, an outdoor walk took us past sheets of rock that once lined the seashore but are now far inland. Carvings on the flat-stone surfaces of this UNESCO World Heritage site make up the largest collection of rock art created by prehistoric nomads. The earliest examples dating from 5,000 B.C. show cave bear, reindeer, elk, and a whole menagerie of land and sea creatures. The human figures of shaman, with their sacred deer-headed wooden clubs, and fishermen, with their boats and fishing lines, tell of a world not very different from today’s Sami.

We continued our voyage into the past by having lunch in a sod-roofed wooden cabin, with a central hearth, in a compound run by Johnny Trasti and Trine Lyrek. As smoke curled up through the smoke-hole, Trine told us stories of the huskies she raised and the dogsled races she ran. Her dogs and their puppies greeted us expectantly outside in the yard but looked disappointed when we didn’t reach for their harnesses. It was cold, but without snow, there would be no sledding. We were as disappointed as the dogs.

That night from my Thon Hotel window, I looked directly out onto the Northern Lights Cathedral with its titanium tower glowing under the flickering lights of the sky. Sledding, after all, isn’t everything.

‘Paris of the North’

A short flight by prop plane over the Lyngen Alps brought us to Tromsø, the “Paris of the North.” Tromsø is an old town dating from 800 A.D. and whose economy was built on trade in reindeer hides and walrus as well as seal and cod fishing. So important were the merchants of Tromsø in the 19th century that their wives and daughters were wearing the latest French fashions before any of the designs ever reached the capital.

Curiosity about the seal trade led me to Polaria, Tromsø’s aquarium and museum, where keepers feed the resident bearded and harbor seals twice a day. But watching the sea life in an aquarium is not the same as being in the wild, so the next day we struggled into survival suits and heavy boots for a boat ride across the grey waters of Grindøysundet to the tiny village of Hella.

Along the way our captain pointed out bay porpoise the size of miniature orcas. A sea eagle with a six-foot wingspread swooped over us and landed on a branch close to shore. Blue heron and eider ducks fed in the shallows. And the clouds drifted through the rocky straits and low hills that were covered with autumn foliage. It truly felt like another world.

Dinner that night at Bardus Restaurant was a beautiful plate of the local reindeer covered with fresh lingonberries and served on a puree of mandel potato, a slightly sweet specialty of the north. The historic Mack Brewery’s Isbyørn pilsner made a great accompaniment. Afterward, for something completely different, we heard the Norwegian Arctic Philharmonic Chamber Orchestra perform Mozart.

The North is full of music, from the rushing sound of glacial rivers, to the eerie whistle of the Northern Lights, to the howls of the sled dogs and the grunts of reindeer. But as Mozart rose gently from the clustered group of strings onstage, what I was hearing was an echo of Johan and the melancholy sounds of a Sami joik.