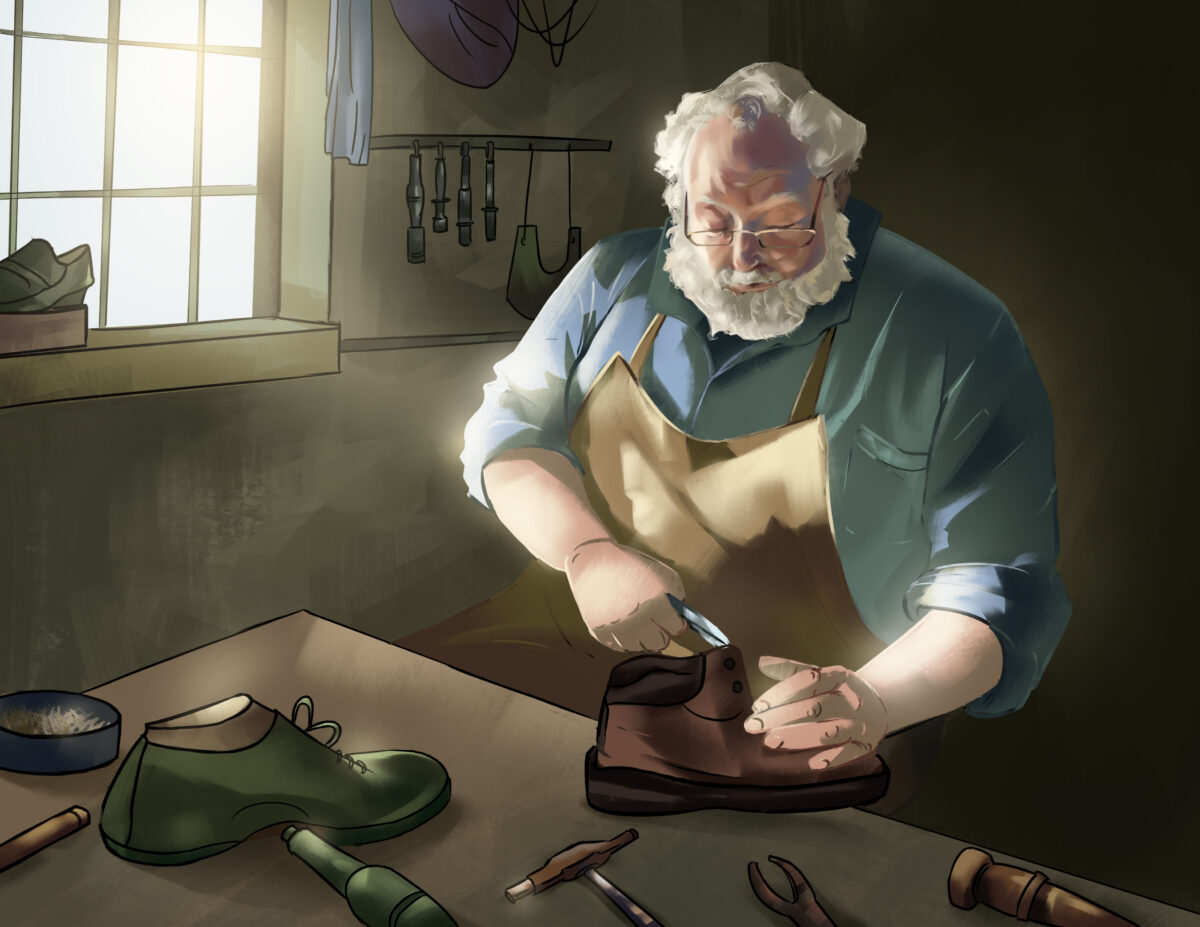 The bustling streets of a prosperous town in colonial America featured a variety of homes, businesses, and shops. Many of these shops were run by craftsmen who performed every service from blowing glass to making furniture.

In this colonial world, American craftsmen relied on an apprenticeship system. Boys served a master for around four or five years, during which they learned the trade. If all went well, at the end of their indenture the apprentices became journeymen and left to earn a living and save up enough to open their own shops as masters.

Some of these shops, such as the bakery or the tailor shop, still exist to an extent in American cities today. However, other key colonial trades and services have all but disappeared from modern life.

Silversmiths represent a trade that played an interesting role in colonial life but is only practiced by a small group of artisans today. This trade was especially prosperous in the North, where wealthy citizens wanted the beautiful pieces the silversmiths crafted. Yet customers didn’t commission these expensive pitchers, teapots, and cutlery simply for use or status alone.

In a time before banks, money could at best be locked away in a strongbox. This didn’t offer a level of security most were comfortable with since stolen money couldn’t be identified. However, a unique piece made by a silversmith could. With the identifying markings included on a piece, there was a better chance that a thief would be caught, and the piece identified and returned.

To commission these pieces, a customer brought the silversmith silver coins to melt down and create the piece. The silversmith melted the coins into a solid block, called an ingot. Then he flattened the ingot into a thick sheet. The silversmith cut the sheet and shaped the metal into a cylinder. He then hammered the piece against anvils and stakes until it reached its desired shape. Throughout this process, he heated the piece to keep it malleable enough to work with.

Once the piece reached its desired shape, the silversmith used different hammers to make the silver smooth. Any handles or other little pieces were cast separately and joined onto the main piece with solder. Many pieces also featured engravings or chasing, adding to their beauty. Once a piece was completed, it was polished and ready for its owner.

This complex trade required both strength for hammering and shaping the metal and artistic talent to create fine pieces. The most famous colonial silversmith, Paul Revere, created work that was valued in his own lifetime and even more so today.

As time went on, this trade gradually faded from the forefront of American life, replaced in use by mass-produced pieces and in security by banks.

Shoes were vital for most colonial people, which is why shoemakers probably first arrived in Jamestown around 1610. Colonial shoemakers made a combination of ready-made shoes, which people could purchase much like today, and requests for custom shoes.

Children’s shoes were purchased a couple of sizes too large so that the expensive footwear wouldn’t have to be replaced immediately upon the next growth spurt. Oftentimes, these shoes would feature iron heels or hobnailed soles to make them last even longer.

Shoemakers began the production process with wooden lasts. The lasts looked like a wooden model of a foot. Different sizes of lasts corresponded to different sized shoes. Using these lasts and other wooden patterns as guides, the shoes were created to the desired size.

The upper portion of the shoe was made with two pieces of leather. One piece ran from the toe of the shoe back while the other ran up the heel and sides. Shoemakers punched holes for buckles but didn’t attach the buckles themselves.

For the soles of the shoes, shoemakers typically used very thick leather. They soaked this leather in water and wrapped it in cloth so it would be pliable enough for them to use. The shoemaker then cut this piece of leather and hammered it until it had the shape of a sole.

The shoemaker punched holes for each stitch and then sewed the upper portion of the shoe to the sole. Next, he used several small nails to attach a lift to the heel. Finally, the shoe was ready for the customer.

With the increased need for shoes at the beginning of the Civil War and the technological advancements to make this possible, the colonial shoemaking trade gave way to industrialization during the 19th century.

Before a book could be bound, the pages first had to be put in order. Different-sized books were produced by printing a different number of pages on the same-sized paper. Folio books were made by folding the paper to form 4 pages, while paper for quarto books was folded to form 8 pages, and paper for octavo books was folded to form 16 pages. Each folded sheet was called a signature. These signatures, gathered in order, formed the book ready to be bound.

The bookbinder then sewed these signatures to a series of five cords that ran crosswise along what would become the book’s spine. Once he finished this process, the book was clamped, spine down, between two boards in a trimming press where the bookbinder cut the pages so they were even. Next, the bookbinder clamped the book spine up and hammered the spine to round it since flat spines cave in.

Once the spine was curved, the bookbinder cut two pieces of pasteboard for the cover. He punched holes along each of these pieces and placed the book between them. Then he ran pieces of cord between the holes opposite each other and glued them into place. From here, leather and ornamentation were added to make the book beautiful.

Today, hardcover books are still bound in a similar manner. While some people still bind books by hand, most books are bound by machines.

Walking down a modern American street, one almost entirely will encounter shops selling machine-made goods. However, the early trades that offered the foundation for American industry are not completely forgotten. In some places, like historic Colonial Williamsburg, or even in the technology hub of San Francisco, a small, select number of artisans still practice these crafts, keeping the methods and history alive that have otherwise disappeared with technological advancements and industrialization. Regardless of how time has changed the production of most goods, the silver pieces, shoes, and books that remain from the colonial era serve as vivid reminders of the skill these craftsmen possessed.