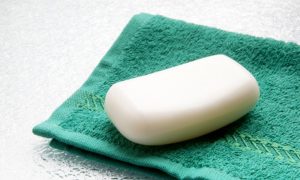 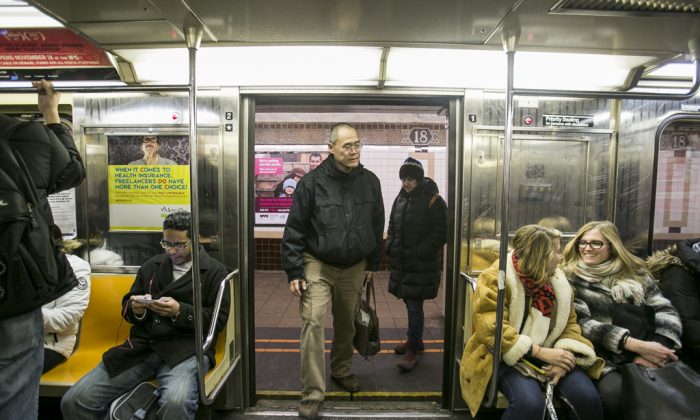 A man enters the 1 train at the 18th St. subway station in Manhattan, New York, on Feb. 1, 2015. Even though subway cars are teeming with microbial life, it's not something New Yorkers need to worry about, according to new research. (Samira Bouaou/Epoch Times)
Health News

Yes, and even the traces of anthrax are nothing to worry about
By June Kellum
biggersmaller
Print

NEW YORK—Last week, news that anthrax and bubonic plague had been found by researchers in the New York City subway sparked frightening headlines that gave many the willies about the metro, and sent some scurrying to the nearest drug store for extra hand sanitizer.

But it appears to have been a lot of fuss over probably nothing at all dangerous—maybe even safer in some cases than what’s in the hand sanitizer.

The first point of reassurance is that the study only found “DNA fragments associated with anthrax and Bubonic plague.” These fragments are not live or “necessarily infectious,” according to the study’s senior investigator, Dr. Christopher Mason, an assistant professor in Weill Cornell’s Department of Physiology and Biophysics.

Think About This On Your Next Commute: Traces of Anthrax, Bubonic Plague Found in NYC Subway

“We only found DNA fragments, at very low levels, associated with the plague and anthrax.  We did not find live organisms, nor do we have any evidence that these fragments are necessarily infectious.  They likely represent a normal, healthy background,” Mason said in an email to Epoch Times.

So the chances of anyone catching bubonic plague or being harmed by anthrax they encounter in the subway looks pretty slim.

“Our study says there is currently no known risk, and the epidemiological data supports this,” Mason said.

The second point of reassurance is that you probably get some benefit from some of the microbes that ride the subway with you.

Our study says there is currently no known risk, and the epidemiological data supports this.
— Dr. Christopher Mason

Subway seats and poles are prized real estate for both harmless and pathogenic bacteria, which compete with lethal force for the same space.

“They do not always vie for the same resources, but they are often competing for the same space, and they can kill each other with antibiotics,” Mason said.

And since the researchers found mostly benign microbes, “The odds are you will be touching a harmless bacteria that could out-compete a bad one,” he said.

Go Easy on the Hand Sanitizer

The study also found traces of antibiotic resistant bacteria on the subway, which Mason said could potentially be killed with hand sanitizer (although proof was out of the scope of this study).

However, the main ingredient in anti-bacterial products—triclosan—is currently under review by the FDA after animal studies found “that triclosan alters hormone regulation.”

And while triclosan may kill bacteria now, it may also be strengthening the tide of antibiotic resistant bacteria.

“Other studies in bacteria have raised the possibility that triclosan contributes to making bacteria resistant to antibiotics,” according to the FDA.

Mason said he would be more concerned about the future risks posed by anti-bacterials than the subway microbes his research discovered.

“We actually think that, since the majority of the bacteria are benign or neutral, that a greater risk would be in the over-use of anti-bacterial soaps and sanitizer, but this is a larger question being addressed by further research,” he wrote.

Mason’s take-home message is that riders need not worry about the tiny creatures they might encounter on public transport.

“They should feel very confident that the subway is safe!” he said, referring to the human riders.