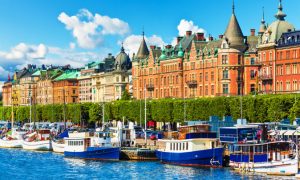 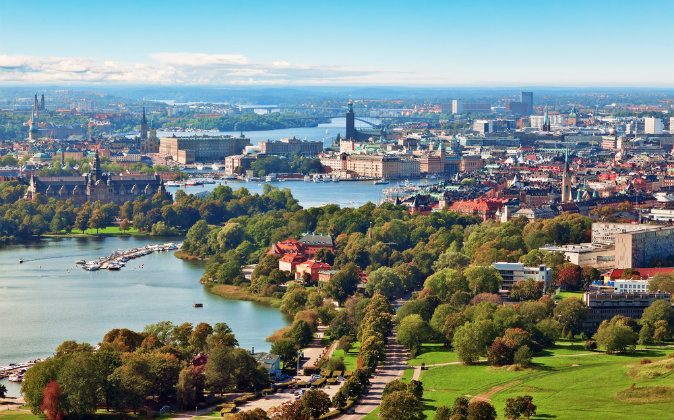 One of the best streets to explore Stockholm, Sweden’s capital city, is by walking along Drottninggatan. Drottninggatan, which means Queen Street in Swedish, is one of the premier pedestrian streets that cuts right through the heart of Stockholm.

Running in mostly a straight line from the northwest to the southeast, Drottninggatan begins at the intersection with Observatoriegatan, where there is the Observatorielunden, a park in Stockholm’s Vasastaden district where the old Stockholm Observatory sits in the center atop a hill. From there, it is a regular street for a few blocks, open to cars as well as pedestrian traffic. However, the magic begins as you head southeast starting around its intersection with Tegnérgatan; from here and all the way to its southern terminus, it is a pedestrian street (cross-streets intersect with vehicular traffic at several intersections). Drottninggatan continues for another kilometer and a half in a southeasterly direction where it ends at the edge of the island in the Norrmalm district at Norrström. Actually, the beauty of it is that it doesn’t really end, but rather flows into the bridge that leads eventually to Gamla Stan, Stockholm’s tourist-favorite Old Town.

Drottninggatan can trace its beginnings back almost 400 years, to the 1600’s when it was planned as a tribute to the young Queen Kristina; work on it began in 1637, and by 1641 the first segment was completed. Two centuries later, it became a posh street for some of Stockholm’s wealthier elite to shop and stroll; numerous theaters and even Sweden’s first upper-class hotels sprung up here around this time.

The Top Tourist Attractions in Sweden Not to Miss!

The best way to take on Drottninggatan, in my opinion, would probably be from the northern end in the Vasastaden district. Heading down, you pass by numerous pubs, restaurants, and shops of all sorts. For history and/or architecture enthusiasts, the street offers some examples of centuries-old building styles: the aforenoted Observatory at Drottninggatan’s northern terminus was erected between 1747 and 1753; the Hårlemanska Malmgården (Hårleman Ore Yard) is one of the few remaining ore farms located in Sweden’s capital city; Apoteket Ugglan (Owl Pharmacy) is considered to be the oldest pharmacy anywhere that has been in operation at the same location, since 1798 in this case. Dozens of other manor houses and buildings line the street representing almost every decade over the past 300 years.

When you get to the end (I’m referring to the southeast terminus), it’s not actually over. The name ends, but it leads right into the Riksbron, the “National Bridge” that briefly crosses over into Riksgatan on the tiny island of Helgeandsholme before abruptly crossing again over the Stallbron bridge as it continues south and takes you to Mynttorget, the public plaza on Stadsholmen – and now you’re in the main part of Gamla Stan, Stockholm’s Old Town, ready for the next quintessential taste of Stockholm.

Copyright © 2015 by the Dauntless Jaunter Travel Site. This article was written by Christian Eilers and originally published on dauntlessjaunter.com.