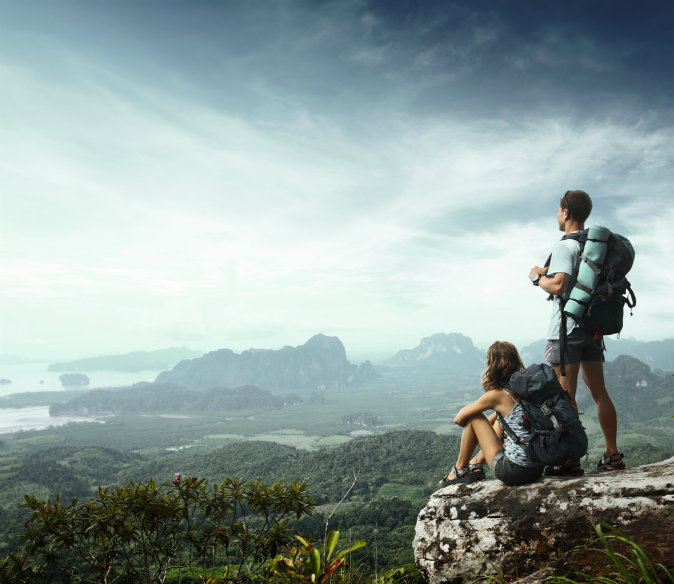 Disaster often makes for good travel stories, but it’s not how many people wish to spend their vacations. By following the below tips you can be sure to subvert many of the most common problems and mishaps that befall international travelers.

Everybody says this, but still many don’t seem to get it. Yes, showing signs of status and wealth anywhere will make you a target for theft — especially if you are in a place standing out in the crowd like a big swollen thumb (aka tourist). It’s unbelievable how many times I see tourists leaving their cameras on cafe tables, pulling off their money belts in public because they are “uncomfortable,”or pulling out huge wads of cash in the streets to buy some trinket. “Oh, but it’s safe here,” many say, not seeming to realize that people are more often than not robbed when their guard is down, in places that seem safe.

This almost goes without saying, but thieves and con-artists are going to target people who look like they have money. What you put on your body each morning is a conscious decision, so you decide if you want to show people that you have big bucks or if you’re a pauper. It’s usually best to go the middle route: look nice but don’t show off too much wealth. Status symbols like fancy handbags and jewelry may show off where you stand in the social hierarchy at home, but abroad they just make you a target.

Keep your daily spending money separate from your main stash. Put enough cash for your perceived daily expenditures in a pocket or another easily accessible location and keep the rest in either a hidden pocket in your pants or a money belt along with your passport and credit cards. If you do travel with a money belt don’t take it off or out of its concealed location in public.

I learned on trick to keep money concealed from my grandfather, who was a traveling show promoter. One day he pulled me aside, took off his hat, and showed me what was inside of it. On the inside of the inner-band he had pinned a $50 bill. He then explained that he had it there to help if out of a jam, if the need were to arise. If he were robbed or otherwise lost his wallet he would have enough cash to fill his gas tank, get some food, make a phone call or two, and drive to a place where he could count his loses and reprovision. I’ve always taken this lesson in travel preparation with me, and I always keep a little wad of cash in a secret pocket on the inside of my pants or I pin it inside my hat as my grandfather did.

Realize that you are a target

When you’re abroad realize that you are a target, you’re a fish out of water. No matter what the Travel Channel tells you you’re not going to blend in when traveling in a foreign country. Even if you go to a place where the people look like you, your demeanor, style of clothes, hair cut, shoes, and the way you talk are going to give you away. This isn’t a bad thing, it’s just something to keep in mind: you stand out like a sore thumb.

Give off a strong and confident demeanor

This is one of the most important travel safety tips that I have: wherever you go, whatever you do when abroad do so with a strong and confident demeanor. Don’t go through the streets pretending to blend in with the crowd — you don’t — and don’t act like meek and passive observer. Instead, walk through the streets with your head held high, look people in the eyes, and greet them in their language. When I find myself in a situation where I’m walking into a group of some pretty bad looking dudes I don’t cower and pray that they don’t notice me; no, I look them in the eye, walk right by them, and say hello. Like all animals, humans can sense fear, and some take advantage of it. Showing fear when traveling is one of the most dangerous things that you can do.

Remember that foreigners are not called on for help

It is very, very rare for a local to ever request help or assistance from a tourist. So if a local approaches you and asks for help turn on the warning lights and ask yourself, “Out of all these people on this street why is this person asking me for help.” Sure, it’s easy to think that it’s because you just look like a nice person, but more often than not it’s because you look like a gullible foreigner. I know that you want to show the locals that you are the “good tourist” who makes a good impression of yourself and your country, but the fact of the matter is that local con-artists know of this desire too, and, all too often they will provide you with an opportunity to show your kindness. Unfortunately, these situations are more often than not scams. So when the little old lady has her purse taken in front of you, or the young college girl drops her groceries by your feet, or a guy with a limp asks you to help him across the street, get away fast or call over a local to help in your stead. It feels awkward and wrong denying someone who asks for your help, but it feels worse being scammed or robbed.

Knowing your place and responsibilities as a tourist in a foreign country is a large part of staying safe. A tourist is the last person that anyone is going to ask for help. Likewise, be on the lookout for phony tourists pulling the same scam.

If you are mugged make the thief happy

If the above advice fails and you do find yourself the victim of a mugging or armed robbery, be sure to make the thief happy. This means giving away your valuables — all of them. It is often suggested that foreign travelers should carry a dummy wallet which is full of expired credit cards and only a small amount of money, but I don’t recommend this route, as it could put you in a far more dangerous situation than you were in before. In point, if someone is bold enough to pull a gun or knife on you in the street they are probably also bold enough to open up your wallet to see what they’ve just stolen from you. If they think you tried to pull a fast one on them or if there is not enough cash in the wallet to make them happy you may find yourself in big trouble or even dead. I’m not joking here, if you are robbed you want to make the thief happy. As a general rule of thumb, don’t mess with these people, they can kill you. Really, the money you could possible save here is not worth the risk.

Always remember: you are not a tough guy

Unless you grew up in ganglandia and through prison, the special forces of some military, or are a tried and tested martial arts expert, you are probably not really a though guy — no matter how much you don’t want to admit it. Even Bruce Lee said that if he were mugged he would hand over his wallet without a fight. No matter how tough you are, someone with a gun or knife, or who has a gang backing him up stands a good chance of coming out on top. The odds are not in your favor in this game. If you find yourself in a compromising situation don’t let pride put you in further peril. Knowing that you’re a rabbit, not a wolf, and acting as such, is probably the top thing you can do to keep yourself safe on the road. Have sense when it comes to self-defense: run.

*Image of young backpackers via Shutterstock