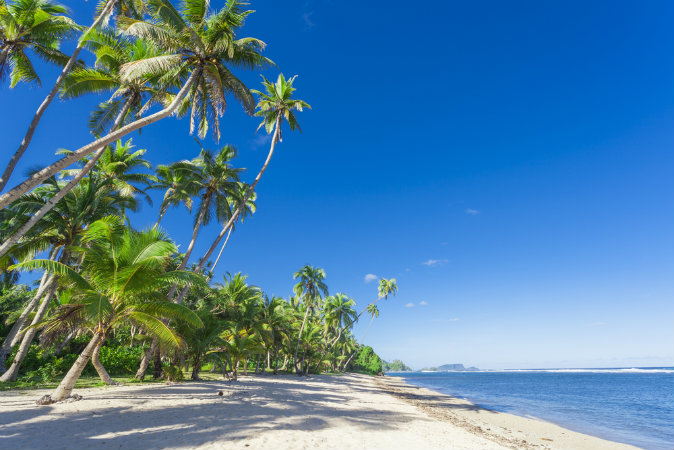 The top tourist attractions in Samoa are easy to reach since American Samoa is relatively small compared to its independent Western counterpart. Since it was an annexed territory similar to Hawaii, the land is also highly developed as a chief American tourist capital. American Samoa is also an excellent alternative to the highly advertised Hawaii or the hardly popular destination of Guam. One can safely say that American Samoa is also a jewel territory of the United States in the Pacific region, and one definitely worth traveling to.

1. Pago Pago
Our tourist begins his or her excursion usually in a place where all vacations start – in the capital region. Pago Pago is one of the top tourist attractions in Samoa and for a capital region there is not too much urban density. It is clear how the US government is keen about preserving the dominance of greenery in the city despite the presence of civilization. In fact, there are strict guidelines as to the height of the buildings so there clearly is no danger of undermining the natural environment with its development schemes. Our tourist now starts to shop for groceries in the market plazas.

2. American Samoa National Park
It is not very hard for most tourists to question how this remote archipelago became an unincorporated territory of the United States of America. One of the best places to satisfy their curiosity is to start their history lesson in American Samoa National Park. This landmark is also considered a tourist or visitor information center. It is always best to stop by in this place before deciding to head out to other islands. Our adventurous tourist, contemplating on visiting neighboring atolls, decides to learn every piece of valuable information needed. Cruising may take days and it is always important to find a place to crash to enjoy the island-hopping trip.

3. Tula
Tula is one of the top tourist attractions in Samoa for those people who are eager to meet native islanders. Our tourist is very excited to meet the distant relatives of his or her favorite Hollywood actor, Dwayne Johnson (the Rock). Traditional Samoan people are very interesting, since they are known for being very conservative. They can be easily put off with women wearing short shorts, so it is always best to dress decently.

4. Aunu’u Island
If one should look for places that have a deep and strong connection with nature, the Aunu’u Island is a perfect location to visit. One of the fascinating natural landmarks in this atoll is the famous red quick sands around Pala Lake. Our tourist has enjoyed his stay with the natives and he heard about an ideal location to take pictures of sea, where waves slap the rocks of Ma’ama’a Cove.

This article was originally published on www.toptravelspots.org. Read the original here.

*Image of tropical Samoa with white sandy beaches via Shutterstock