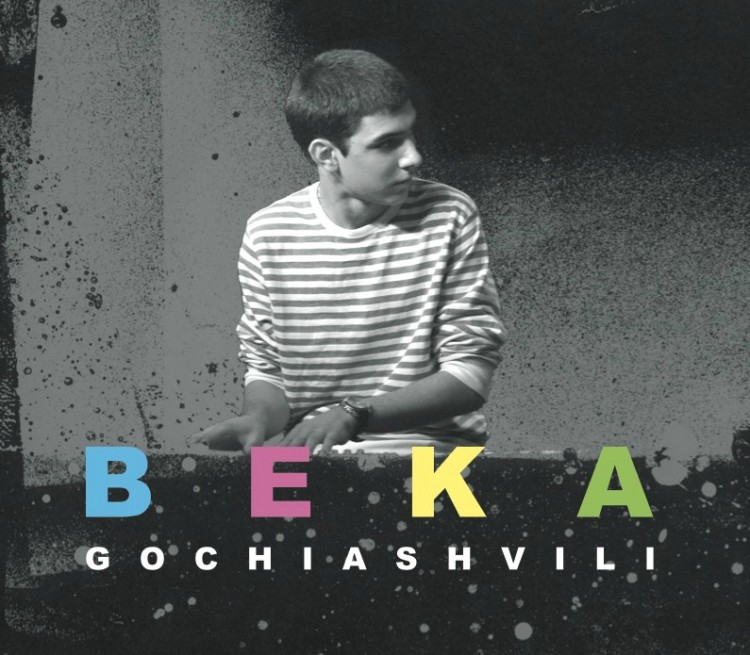 Jazz was begun by African-Americans in New Orleans, and its message of swing and improvisation spread throughout the country and then to the rest of the world.

It was always a combination of African rhythms, European instruments, and sometimes classical technique, and the influence of other cultures, such as the “Spanish tinge” that Jelly Roll Morton famously noted.

As set forth in several books by the late Czech writer Josef Skvorecky, based on his own experience, jazz was outlawed first by the Nazis and then by the Communists, but has outlived those regimes.

Jazz artists from around the world invariably come here to New York City to perform, study (many at Berklee College of Music), and often move to the city. Some recent releases highlight the valuable contributions of these musicians.

About five years ago, drummer Lenny White was appearing at Latvia’s Saulkrasti Jazz Festival, where he came upon a remarkable jazz pianist named Beka Gochiashvili. One reason that White was so impressed was that the artist, who comes from Tbilisi, Georgia, was only 11 years old.

Now 16 and studying at Juilliard in Manhattan, Gochiashvili has just released a self-titled album that confirms his talent. It begins with two of his compositions dedicated to pianists who have influenced him: “Un Gran Abrazo” for Chick Corea and “For Keith” (Jarrett).

What is striking is not only his piano work, which runs the gamut on the album from driving to romantic, but also the quality of his compositions, which have a melodic flair worthy of his heroes.

He also performs two pieces by Georgian composer Giya Kancheli, one of which is a sensitive ballad featuring Georgian vocalist Natalia Kutateladtze.

The rotating musicians on the “Beka Gochiashvili” album include the famed rhythm section from Return to Forever, Lenny White (producer of the recording), and Stanley Clarke, as well as John Patitucci, Gil Goldstein, Victor Bailey, and Wallace Roney. However, the focus remains on the self-assured Gochiashvili.

I would call Seung-Hee a Seoul singer because she is from the capital of South Korea, but actually she’s not a soul singer. Her métier is jazz, of a very pure variety.

Listening to her wordless vocal on the opening track of her new CD, “Sketches on the Sky,” the airy sound of her composition “Sketch Part I” reminded me of Flora Purim, who is from Brazil.

Seung-Hee is able to sing complex lines that weave in and out of the instrumentals from her excellent band (Adam Kolker on sax and bass clarinet, Frank LoCrasto on piano, Ike Sturm on bass, and George Schuller on drums).

At slower tempos, as in her affecting English language ballad about a lost love, “I’ll Be Here,” she conveys melancholy. (Seung-Hee may not remember her ex’s face, but she doesn’t get even in the manner of Norah Jones or Taylor Swift.)

The singer seems equally at home in Portuguese (the Brazilian “Pra Dizer Adeus”) and reworks songs by Stevie Wonder (“Visions”) and Sting (“Valparaiso”). She also pens interesting lyrics to pieces by Charlie Haden (in Korean; the translation is included in the notes) and Bill Evans (in English). She ends with a Korean children’s song.

The fact that the CD was produced by the tasteful trumpeter and composer John McNeil is further confirmation of Seung-Hee’s talent.

I once attended a show at Cajun, a Chelsea club (now gone) that featured the music and cuisine of New Orleans. There was an exceptional clarinet and saxophone player, Anat Cohen, sitting in with the group. I have followed her rise to stardom with interest.

Her two brothers, Avishai (a trumpet player) and Yuval (a saxophonist), are also highly talented, and the siblings occasionally perform together as The 3 Cohens.

The Cohens come from Tel Aviv, Israel; in fact, that country’s jazz scene is so fertile that there is another Avishai Cohen (a bassist) and another Yuval Cohen (a pianist).

Anat and Avishai have just released new albums; hers is “Claroscuro” (the Spanish term for chiaroscuro or light-dark) and his is “Triveni II.” A Sanskrit word, Triveni means “the place where three sacred rivers meet.”

The two CDs are quite different. Anat’s album is eclectic, starting with the catchy “Anat’s Dance,” written for her by her pianist, Jason Lindner, and continuing with a mellow “La Vie en Rose,” featuring the growling trombone and likeable, rough voice of Wycliffe Gordon, whose vocal is reminiscent of Louis Armstrong.

Another special guest is the superb Cuban clarinet player Paquito D’Rivera. The standout track is Dr. Lonnie Smith’s “And the World Weeps,” with Wycliffe Gordon, D’Rivera, and Anat, who is at home with music of other eras as well as the rhythms of Latin America and Africa.

“Triveni II” is a blowing session, with Omer Avital on bass and Nasheet Waits on drums. There are pieces by Dizzy Gillespie, Charles Mingus, Ornette Coleman, and Don Cherry. Even the old pop ballad “Willow Weep for Me” exudes nervous energy.

Avishai was named Rising Star Trumpeter in Downbeat’s 2012 Critics Poll, and according to her website, “Anat has been voted Clarinetist of the Year six years in a row by the Jazz Journalists Association as well as 2012’s Multi-Reeds Player of the Year.”