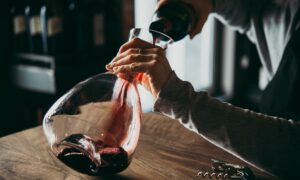 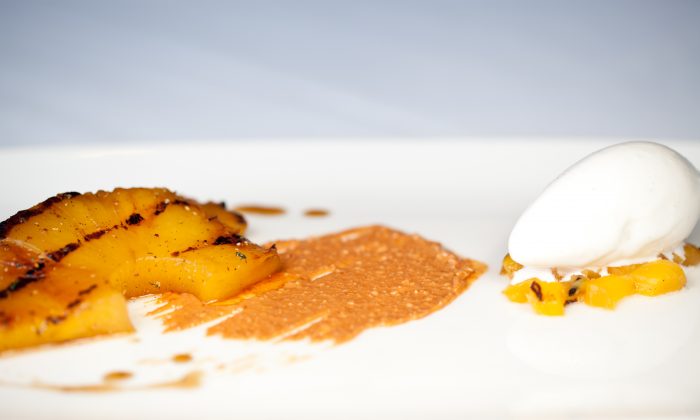 Method
Place the sugar and water in a saucepan and mix so that the sugar doesn’t stick to the bottom. Cook the mixture over high heat just until it comes to a boil and the sugar has dissolved completely (approximately 5 minutes).
Pull the saucepan off the heat and add the Greek yogurt, corn syrup, salt, vanilla extract, lemon juice, and vanilla bean. Whisk until the mixture is smooth and free of clumps.
Spin the mixture in an ice cream maker according to the manufacturer’s instructions.

Toast the cashews in a 325°F oven until golden brown.
Place the nuts and the kosher salt in a food processor and slowly add the oil until the butter is smooth.

Cut the skin off the pineapple by first removing both ends and then going down the sides with a sharp knife to cut off the spiny skin. Alternately, you could purchase pineapple that already has the skin removed, but make sure that it is a whole pineapple because it is important that you have control over the size of the pieces you create. Slice the pineapple into half-inch pieces.

Marinate the pineapple slices in the mixture overnight.

Light up the grill, rinse the marinade off the pineapples and grill creating nice marks on both sides.

Cut as desired, and serve with a smear of cashew butter and the frozen yogurt.

Strain the marinade, heat and serve as a sauce.