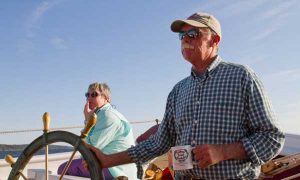 These are enough to make you say ‘ooh la la.’ Today we’re counting down our picks for the Top 10 French Tourist Attractions and Destinations.

10. Lascaux is a complex of caves in southwestern France famous for its Paleolithic cave paintings. They show paintings from late stone age and they are estimated to be over 17 000 years old. Subject of the paintings range from animals deer and horse to humans and different symbols.

Caves were very briefly open to the public in mid 40s following their descovery.

Lascaux was added to the UNESCO World Heritage Sites list along with other prehistoric sites in the Vézère valley.

9. Gorges du Verdon is known for its stanning spot in Europe. This canyon was made by river Verdon Gorge and its about 25 kilometres long and up to 700 metres deep. It is very pupular tourist sight for its proximity to the French Riviera and because of the access of climbing, hiking and kayaking.

8. Arena of Nimes is a Roman amphitheatre found in the city of Nîmes. It was built around 70 AD.

It is used for different event as it has a capacity of 16,300 spectators.

Normandy beaches are most recognized beaches of Warld War II. Landing operations on 6 June 1944 of the Allied invasion of Normandy was the largest seaborne invasion in history.

6. French Riviera known as Côte d’Azur is in the Mediterranean coastline of the southeast corner of France and it is the most popular toursit destinations in the world.

5. Palace of Versailles started as country village, today, however, it is a wealthy suburb of Paris southwest of the French capital. It is a great building with multiple appartmans, salons and rooms. Versailles was converted to museum in mid 1830 and it is also used for political purposes….