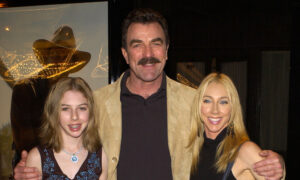 'I Quit Magnum to Have a Family': Tom Selleck Reveals How He Raised His Daughter on a Ranch
0
Share Now
TelegramFacebookTweetEmailTellMeWeReddit
Copy Link 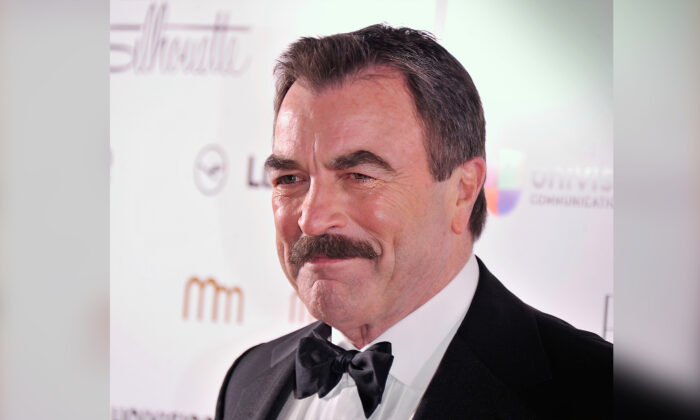 The 2020 Tip Challenge has gone viral after several celebrities have left $2,020 in tips. The latest star to participate in the challenge is Tom Selleck, who tipped his food server $2,000, plus $20.

Selleck’s $204.68 tab was just a fraction of the tip he left for his server at Elio, an Italian restaurant on the Upper East Side of New York City.

Two days before Christmas, “Blue Bloods” co-star Donnie Wahlberg wrote in a tweet, “I found out that my TV Dad #TomSelleck has generously accepted the #2020TipChallenge at Elios Upper East Side! Love ya dad.”

The former New Kid on the Block included a photo of Selleck’s receipt, showing the note he wrote to the server:

“I am honoring my friend Donnie Wahlberg’s tip challenge with my sincere hope for a better 2020.”

In his tweet, Wahlberg also clarified that he didn’t start the challenge but is “proud to be part of it.”

“To those who gave even the smallest extra amount this year—THANK YOU,” he wrote.

According to People, the 2020 Tip Challenge began in Michigan in January 2020, when someone tipped their server $2,020 on a $23 bill at Thunder Bay River Restaurant. Shortly afterward, Wahlberg and his wife, Jenny McCarthy, followed suit with tipping in kind at an IHOP in their hometown of St. Charles, Illinois.

Other celebrities jumped on the tipping train, too, People reports, including Amy Schumer, Harry Styles, Jon Stewart, and Johnny Depp.

Selleck is humble about his act of kindness. Wahlberg told Daily Mail that the 75-year-old actor “never mentioned it” to him even though they work closely together.

“We’ve done three dinner scenes since he did it,” Wahlberg said. “He never [even] told me.”

“I’m a fairly private person,” Selleck said in an interview with People. “I’ve always treasured the balance between work and time with my family. It’s always about them.”

He added that his relationships and ranch keep him “sane,” and that when he isn’t busy in New York City filming “Blue Bloods,” he’s relaxing at home with his wife, Jillie, on their ranch in Ventura, California.