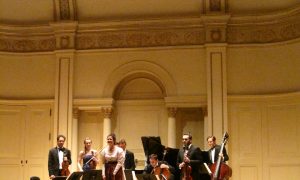 The Spirit of Mahler Lives On, With Vim
0 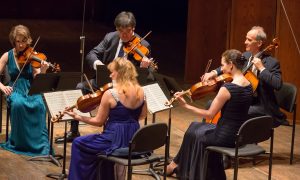 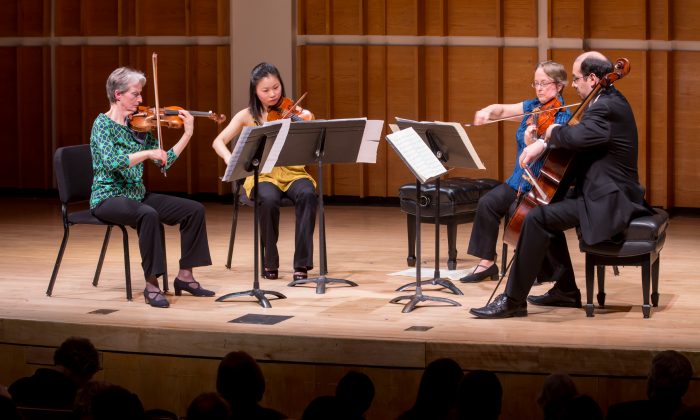 It was inspired by Leo Tolstoy’s short story, which was named after Beethoven’s “Kreutzer Sonata.” The story and Janacek’s composition are about how our human potential and ability to reason are often limited when emotions go unrestrained.

Tolstoy is known for his ability to capture the darkest side of human nature, while never failing to provide a hint of hope through spirituality.

Although the “Kreutzer Sonata” may be one of Tolstoy’s darker stories, if you listened closely to the ensemble, the hope was there amid the tragedy.

The song has traces of the original “Kreutzer Sonata,” with sudden entrances of powerful chords. Its harmony, however, is broken when replaced with sudden clashes of dissonant chords and irregular rhythms.

Yet, throughout the song, after the dissonant notes that elicit cringing from its listeners finish, the piece ends with harmonic chords, a return to the traditional music that Janacek had studied in the Prague, Leipzig, and Vienna conservatories.

The story ends with a man asking for forgiveness after a heinous crime, just as the song ends with harmonious, albeit sorrowful, chords.

Through the music, you can sense a regret that comes after realization. And this realization is implied with traditional composition styles.

Yet it is not a piece written to bring sadness to the audience.

The ensemble played with such emotion during the last few notes that it seemed to implore listeners to learn from the protagonist’s mistake.

The performers for this ensemble were Fiona Simon on violin, Sharon Yamada on violin, Robert Rinehart on viola, and Eileen Moon on cello.

As awe-inspiring as the New York Philharmonic sounds as a whole, it is always captivating to hear individual strengths come out when its members play in ensembles.

Each member comes from a distinguished music school, such as Juilliard. They all had superb intonation, rhythm, and technical skill. But not all of them displayed the same musical virtuosity.

It was violinist Kuan Cheng Lu who stood out from the others. He has a tone that is seldom heard, even among highly trained professionals.

He is more than a product of talent and hard work. There is a particular rich brightness in his tone that only comes from a certain kind of virtuosity.

The performance opened with Martinu’s String Trio No. 2 (1890–1959). The trio consisted of Lu on violin, Peter Kenote on viola, and Wei Yu on cello.

The modern piece contained many dissonances, yet Lu had a special way of bringing out the brightness of his instrument; he made the violin sing like few can when playing fighting chords.

Lu was the first Taiwanese classical musician to earn a seat in the Philharmonic in its 170-year history.

Jeanney did a phenomenal job making the complicated whirl of notes sound like an easy task to play.

Nan Sun sounded a bit scratchy at some parts, but overall the performers complimented one another very well. Together, they produced a gripping sound that encompassed the powerful yet melancholic beauty of Tchaikovsky.