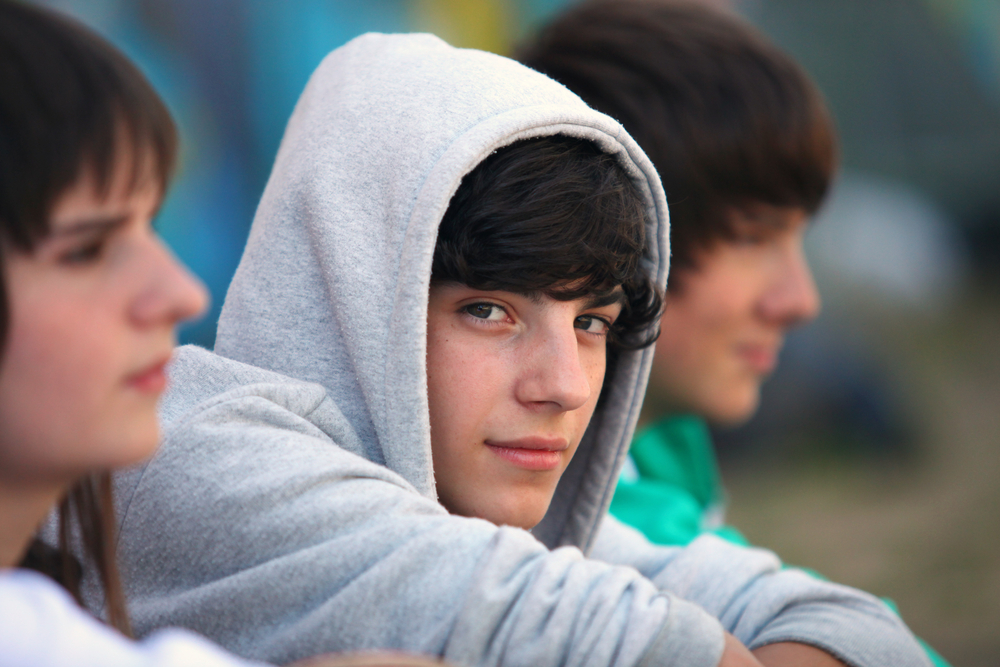 What do you presume about me? (*Shutterstock)
Family & Education

In 1982 I was toying with the idea of a career in teaching. That year a controversial film, Made in Britain, starring Tim Roth was released and I almost didn’t become a teacher. The film’s central character, Trevor was a dysfunctional, violent, foul-mouthed youth – everything society hates and fears. My natural fear was how would I, as a young teacher, cope with a classroom full of such kids? Of course the film is fictional. It portrayed the 1980s accurately – but did it portray Britain’s youth accurately?

With the way some of the media represents young people, you may be forgiven for thinking that Roth’s character is alive and well and infesting our streets and schools. Different newspapers have their favourite terms for teenagers: the Daily Mail likes “yobs”, while the Daily Express goes with “feral kids”.

But a new longitudinal study of 13 to 14-year-olds has painted a very different picture of the youth of today. They are drinking and smoking less and bullying is on the decrease – despite the inexorable rise of social media making bullying much easier than it was 30 years ago.

The media has briefly picked up on some of these elements, such as the decline in drinking and smoking and bullying. But they have also focused on how the youth of today communicate less with each other one-to-one and prefer computer games to actual contact with their peers. This cherry-picks the data to fit a stereotype of the lone child, shut off from society playing violent games – a potential outcast from society.

In my time as a teacher I saw the best and worst of Year 9, the pupils at the focus of this longitudinal study. It was common 30 years ago to explain the behaviour of Year 9 children as a consequence of puberty. Young girls were often more mature in their development and outlook than young boys.

Certainly there was the push against authority, the testing of boundaries and a feeling of invincibility that often led to risky behaviour – from drinking alcohol to trying drugs. In the inner-city schools where I worked, Year 9 was often the “dangerous year” where kids could easily go off the rails. We looked for the tell-tale signs of a hedonistic lifestyle, the aroma of strange cigarettes, the dark circles under the eyes or a pallor not usually seen in fresh-faced youth. It was easier to do this with the boys than the girls who covered up any blemish with make-up and any odd odour with perfume.

Of course there will always be some children who behave immorally, criminally or anti-socially, but the indications are that the youth of today are less likely to be involved in risky, criminal behaviour. More than three quarters – 76% – of those questioned had reported no instances of criminal behaviour and only 3% of children reported that they were actively engaged with a street gang.

Attitudes towards schooling have also changed significantly over the past 30 years. When I started teaching in the mid-1980s, it was a struggle to keep children in education past the school-leaving age of 16. A Levels and post-16 education concentrated mainly on the minority who were going on to university. Vocational qualifications were around, but never really valued.

Ten years ago, when the first longitudinal study was undertaken, 79% of children expected to stay on in post-16 education. This has now risen to just under 90%. Admittedly, the school-leaving age has increased, but the proportion looking to enter university has increased significantly in the past ten years from 34% to 41%.

Parents were also asked for their views in this study. Their support is a vital aspect of education and supportive parents who work with and trust the school make a big difference when it comes to positive educational achievement. A staggering 90% of the parents surveyed felt that their child’s school was either good or very good (as compared to 78% of schools similarly judged by schools regulator Ofsted in 2013).

A huge 93% were fairly or very satisfied with their child’s progress in school. Contrast this picture with the stream of negative rhetoric that comes from politicians of underperformance in our schools that needs to be tackled with some bright new initiative from the Department of Education.

Focus on the Positive

So what can we learn from this new study? Well, it’s easy to find negatives in our education system. The press delight in feeding people’s fears – the stereotypes they create of badly behaved, criminal gangs of delinquent children, roaming the streets, drunk and drugged-up looking for a fight sells more newspapers.

But as any good teacher will tell you, a focus on the negative, always highlighting the bad behaviour, will not stop that behaviour. A focus on the positive that recognises good behaviour is a far better way to manage children and the classroom. This doesn’t mean that there should be no consequences for the bad behaviour, but tackling the bad often requires a deeper understanding of why children behave the way that they do.

James Williams does not work for, consult to, own shares in or receive funding from any company or organisation that would benefit from this article, and has no relevant affiliations. This article was originally published on The Conversation. Read the original article.