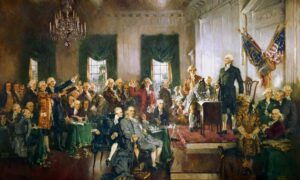 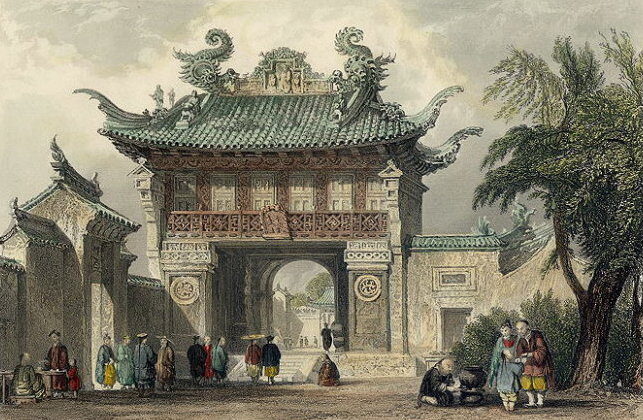 Old Zhenhai in 1860s; the entrance gate of the Temple of Confucius. (Public domain)
Life & Tradition

For many years, I’ve exhorted everyone I know to develop a love of reading. I’m particularly passionate about encouraging parents (to get their children into reading) and young people (while they retain their youth, so they may become wise adults).

What I often say is that reading is not a matter of mere pleasure—in fact, this is the lowest form of reading. Reading, in its highest form, is about learning so that one may grow in virtue. I often recommend the subject of history, because in history we are presented with countless examples of human conduct by which we may be instructed in every imaginable subject that matters most for the well-lived life—things like character, statesmanship, and wisdom.

I was joyfully reminded of this truth when I read the first chapter of an ancient Chinese text called the “Xunzi,” entitled “An Exhortation to Learning.” It defines the “gentleman” as one who constantly grows in virtue according to “the Way” (an idea very similar to Western notions of “natural law” that everyone can perceive through reason), and its essence is contained in the opening line: “The gentleman says: Learning must never stop.” The “gentleman” is one “[who] learns broadly and examines himself thrice daily, and then his knowledge is clear, and his conduct is without fault.”

Self-examination—what a concept! One long espoused by the greatest minds in the West as well, and the opposite of the trite, self-serving, endlessly indulgent banalities to which we are constantly subjected by pop culture.

But more than that—the “Xunzi” insists that the virtue required to be a gentleman can only be obtained by a thorough knowledge of the past: “If you never hear the words passed down from the former kings, you will not know the magnificence of learning.” Such a statement assumes that experience is an essential ingredient in the wisdom by which virtue is obtained (hence the respect for the aged in traditional Chinese culture). In other words, the idea of endless progress is absurd, and the belief that the new is always better is shortsighted.

The “Xunzi” also affirms that the gentleman learns for the sake of his own growth in virtue—not in order to engage in virtue-signaling: “Students in ancient times learned for their own sake, but the students of today learn for the sake of impressing others. Thus the learning of the gentleman is used to improve his own person.”

Likewise, the gentleman accepts that it takes hard work to grow in virtue: “The gentleman is exceptional not by birth, but rather by being good at making use of things.” This could not be more different than modern, noxious ideologies and “movements” that insist one’s virtue consists in things one need not work on or refine.

The “Xunzi” also emphasizes the importance of one’s relationships to growth in virtue: “In learning, nothing is more expedient than to draw near to the right person.” As the old saying goes, “bad company corrupts good morals,” and that truth was no less known to the Chinese more than two millennia ago than it is to those who retain their common sense today.

This growth of virtue, the “Xunzi” declares, ultimately leads to a personal disposition the author calls “fixity,” which he describes this way: “For this reason, power and profit cannot sway him, the masses cannot shift him, and nothing in the world can shake him. He lives by this, and he dies by this. This is called the state in which virtue has been grasped.” This state of “fixity” is the ability to perceive things as they are, and respond accordingly, no matter the costs. “When one can achieve fixity,” it says, “only then can one respond to things. To be capable both of fixity and of responding to things—this is called the perfected person.”

This deeply realist but aspirational stance reminded me of something Jordan Peterson said: “Pick up your [expletive] suffering and bear it! And try to be a good person, so you don’t make it worse! … Stand up solidly so people can rely on you!”

That is what it is to be a virtuous person—to be a truly human person.

When one reads texts such as the “Xunzi,” one encounters many examples of what I jokingly call “2,200-year-old headlines” (or however old a particular text is)—meaning, I am reading something whose necessity and substance for all of us in 2021 is as relevant (oftentimes more so) than today’s headlines. One discovers that human nature has not changed much over thousands of years, and the ingredients for true happiness—found only in virtue—remain fundamentally the same at all times, for all people; and the modern formula of following your whimsical and shortsighted desires (for which others must constantly affirm you) is definitively not it.

Such wisdom has perhaps never been more necessary as in times as decadent and indulgent as ours. May we recover this great tradition, the wisdom of the sages of all cultures and times! May we stop limiting ourselves to ourselves, and learn that the individual is foolish, but the species is wise.