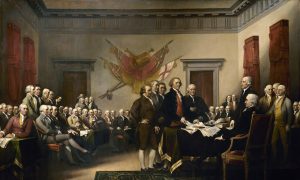 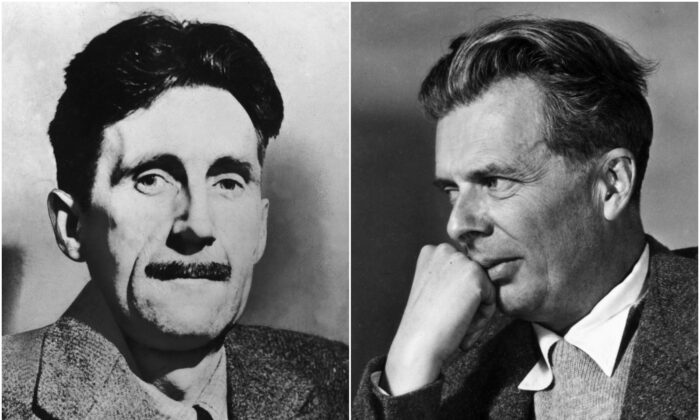 In “Amusing Ourselves to Death, author Neil Postman asserted that people were more oppressed by their addiction to amusement, as reflected in “Brave New World” by Aldous Huxley (R), rather than by the state, as portrayed in “1984” by George Orwell (L). (Hulton Archive/Getty Images)
Life & Tradition

Timeless Wisdom: The Age of Postman

When I was 19, I read a book that would forever change my life. It was Neil Postman’s “Amusing Ourselves to Death.” Though published in 1985, with each passing year, its insights have become more and more relevant and ominous.

Postman contends the following: electronic media is dumbing us down, transforming our dialogue into mere forms of entertainment driven by profit rather than substance, which in turn prevents us from not only speaking like adults, but even thinking like one. He traces this phenomenon in the realm of politics, religion, and education.

“We were keeping our eye on 1984. When the year came and the prophecy didn’t, thoughtful Americans sang softly in praise of themselves. The roots of liberal democracy had held. Wherever else the terror had happened, we, at least, had not been visited by Orwellian nightmares.

But we had forgotten that alongside Orwell’s dark vision, there was another—slightly older, slightly less well known, equally chilling: Aldous Huxley’s Brave New World. Contrary to common belief even among the educated, Huxley and Orwell did not prophesy the same thing. Orwell warns that we will be overcome by an externally imposed oppression. But in Huxley’s vision, no Big Brother is required to deprive people of their autonomy, maturity and history. As he saw it, people will come to love their oppression, to adore the technologies that undo their capacities to think.

This book is about the possibility that Huxley, not Orwell, was right.”

How can we read these words—surrounded by the ruins of a bankrupt and exhausted culture—and not conclude that, in Postman’s words, we have become “a trivial culture,” and are thus well on our way to becoming a captive one?

The Founding Fathers made two things exceptionally clear: for a society to remain free, its citizens must be both virtuous and knowledgeable. Freedom cannot be maintained by a society full of passion but devoid of reason.

And this is precisely why our politics has gone insane, and constantly extends itself deeper and deeper into our daily lives: we, as a culture, do not hold these values in high esteem. We denigrate them.

We do not value the pursuit of truth (do we even believe it exists?); we value the self-reinforcing echo chambers of our own creation.

We do not value knowledge; we value talking points and tweets (self-reinforcing, of course).

We do not value the self-control of virtue; we value the unrelenting narcissism of uninhibited self-expression and actualization.

We do not value history, and all the treasures of the human experience available for our training and growing in wisdom; we value anything new, fresh, hip, and contemporary that will satisfy our moment-to-moment desires and inexhaustible supplies of boredom.

We do not value substance, depth, and rationality; we value whatever can be sold, marketed, and peddled with glitz, glamor, and pizazz.

And all of these tendencies, in the “Age of Postman,” are now being used against us, to undo our capacity to think, and thereby dissolve our society which was always dependent on a thoughtful, informed citizenry to survive.

It is thus a great twist of irony that perhaps never before has America been so inundated with information and at the same time so bereft of wisdom. In a phrase I’ve used for many years, social media transforms adults into children with their own enthusiastic consent. This is exactly what Postman predicted: a time in which discourse would “abandon logic, reason, sequence, and rules of contradiction” in favor of mere entertainment. Aesthetically, Dadaism; philosophically, nihilism; and psychologically, schizophrenia.

And that is the great risk of a free society—that its people can become utterly corrupted, and that its government eventually, in one way or another, becomes a reflection of its people. Our politicians have obliged us, and in turn we experience the bitter fruits of a populace dumbed down by a constant stream of external stimulation that requires zero mental exertion. It is overwhelmingly sensory, appealing merely to our passions and our baser nature—the parts we share with animals. And yet it is the mind that distinguishes man from animals. Its debasement, therefore, is a debasement of our most fundamental human nature.

Postman warned of how this is precisely the sort of thing tyrants of all ages have sought to achieve:

“Tyrants of all varieties have always known about the value of providing the masses with amusements as a means of pacifying discontent. But most of them could not have even hoped for a situation in which the masses would ignore that which does not amuse. That is why tyrants have always relied, and still do, on censorship. Censorship, after all, is the tribute tyrants pay to the assumption that a public knows the difference between serious discourse and entertainment—and cares. How delighted would be all the kings, czars, and führers of the past to know that censorship is not a necessity when all political discourse takes the form of a jest.”

But we didn’t need Postman to recognize this danger. We simply needed to heed the warnings of our Founders. They told us that while the American experiment was special, we ourselves were not. We Americans are human beings, the same as all the rest. “We make ourselves popular,” John Adams warned, “by telling our fellow-citizens that we have made discoveries, conceived inventions, and made improvements. We may boast that we are the chosen people, we may even thank God that we are not like other men. But, after all, it will be but flattery, and the delusion, the self-deceit of the Pharisee.”

As I wrote in 2016, “To echo our Declaration of Independence—when a long train of trivialities and amusements, pursuing invariably the same object evinces an obsession with comfort, fun, and entertainment, it is the people’s burden, their punishment, their harvest, to bear the affliction of a politics likewise made rotten and corrupt by their loss of moral health and intellectual energy.”

Absent what Churchill in the 1930s called “a supreme recovery of moral health and vigor,” a new age has dawned, or at least been consummated—one far more sinister and insidious than we realized.

Ours is the Age of Postman.