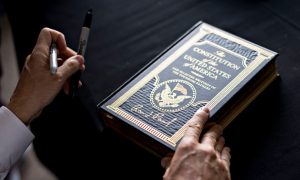 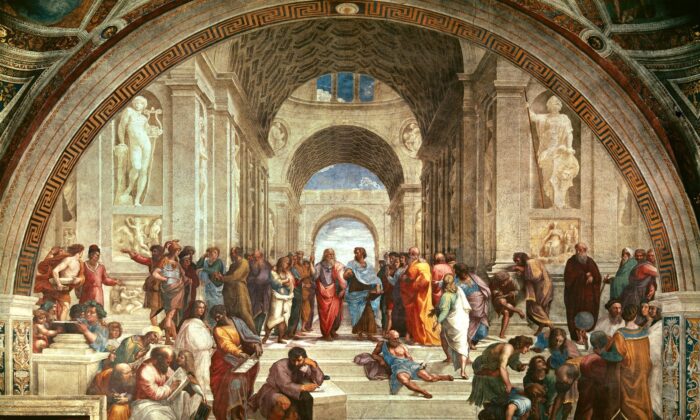 There are few things our world needs more right now than wisdom.

But what is it exactly?

Let me begin by observing that we humans can “know” things on three different levels.

The first and lowest level is mere data, consisting of isolated facts, figures, dates, people, and observations. This is the lowest form of “knowing.”

The second level is knowledge, which organizes and systematizes the data we perceive such that we understand their cause and end.

The third and highest level is wisdom.

Great minds throughout history have given different but, I would argue, mutually compatible definitions of wisdom.

Let’s begin with Socrates. In the “Apology” of Plato, his student, we are told that Socrates’ friend Chaerephon inquired of the Oracle at Delphi whether there was any man wiser than Socrates. The Oracle said there was not. Socrates was puzzled by this, and after pondering the Oracle’s answer concluded that what it meant was “This man among you, mortals, is wisest who, like Socrates, understands that his wisdom is worthless.” From Socrates, therefore, we see that wisdom involves a sense of one’s own limitations, a sense of humility.

In his “Nicomachean Ethics,” Plato’s student, Aristotle, distinguished between two types of wisdom: theoretical and practical. Theoretical wisdom essentially amounted to a deep knowledge and understanding of a particular subject. Practical wisdom, on the other hand, was knowledge of how to live well, for according to Aristotle, “It is evident that it is impossible to be practically wise without being good.” Thus, for Aristotle, wisdom was both deep knowledge and living a virtuous life.

Xunzi, a Chinese philosopher who lived just after Aristotle, affirmed that the wise man is he who first orders himself, and from there orders his surroundings—his family, workplace, or if he is a ruler, the state.

“For the gentleman’s cultivation of his heart,” he declared, “nothing is better than integrity.” With this personal integrity, the wise man could then adapt to the world around him: “If you are well-ordered, then you will become enlightened. When you are enlightened, then you can adapt to things. To transform and adapt in succession is called Heavenly virtue.” We thus see that Xunzi believed that the “Heavenly virtue” of wisdom included the ability to adapt to the world around us.

Likewise, some of the books in the Bible are almost exclusively focused on wisdom. For example, King Solomon identified God as the ultimate source of wisdom. In the words of St. Thomas Aquinas, who himself was quoting Aristotle, “it belongs to wisdom to consider the highest cause,” which St. Thomas identified with God, who providentially orders all things.

And as wisdom is ultimately identified with God, the Bible is full of advice to listen to those in authority over us, the wise, and the experienced. Its wisdom books also insist that to be wise, we must also listen to criticism, and accept rebuke from the wise. Scripture likewise affirms what was said by Aristotle, Xunzi, and many others, namely that being wise means living virtuously.

First, while data and knowledge can be oriented around a variety of lower causes (beauty in art, design in engineering, law in jurisprudence, etc.), wisdom is ultimately oriented to the highest cause, namely God. As such, it applies to and orients everything else in life, for life proceeds from God.

Second, wisdom requires humility, and a willingness to accept advice and even rebuke—neither of which are necessary to acquiring data or knowledge.

Third, wisdom is intrinsically connected to virtue, and thus not just what we think about life, but how we live it. Data and knowledge can remain abstractions in the mind. But wisdom must necessarily become incarnate. It is a state of being. It sees beyond the horizon, and understands that which data and knowledge can never fully grasp, but only describe.

Finally, wisdom must be animated by love—of learning, of life, of human beings, and ultimately of God. Many people have accurate data and knowledge in their heads, but if they lack wisdom, they are liable to misuse it because they are not anchored by love of anything greater than themselves, for as St. Paul observed, “‘Knowledge’ puffs up, but love builds up.” Possessing data and knowledge can, and often does lead to arrogance. Possessing wisdom leads to the opposite.

While this is not an exhaustive treatment of wisdom, it gives us enough to broadly identify what characterizes a wise person according to many great minds throughout history. To be a wise person, one must—at a minimum—be someone who:

1. Fears and respects God;
2. Humbly acknowledges their imperfections and limitations;
3. Listens to the correction and counsel of authorities, elders, and those with more experience; and
4. Adapts all this toward the purpose of living a virtuous life.

These are the four principles underlying the Timeless Wisdom column, whose purpose is to bring the wisdom of great minds throughout the world and human history to bear on modern life—even if, or perhaps especially when, it contradicts our own views and assumptions.

The reason is simple, and was perfectly articulated 3,000 years ago by King Solomon: “Happy is the man who finds wisdom, and the man who gets understanding, for the gain from it is better than gain from silver and its profit better than gold.”