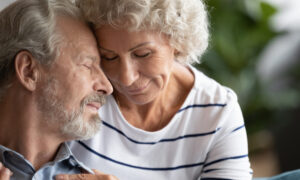 Loving Care: The Story of Jane and Sam—and Millions of Others
0
Share Now
TelegramFacebookTweetEmailTellMeWeReddit
Copy Link 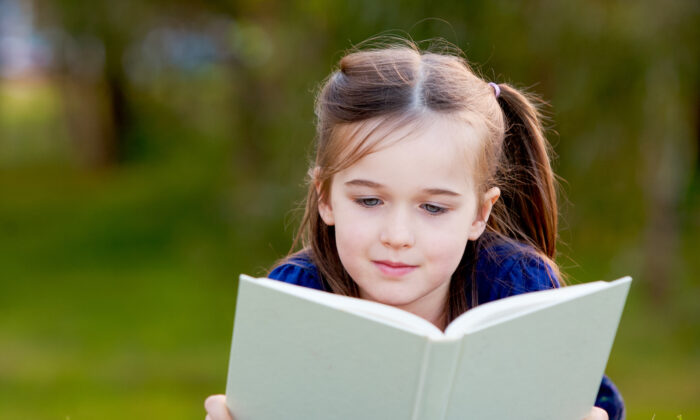 Time Machine Books: The Story of Our Past

In February, I was browsing the shelves of our local secondhand bookstore, looking for birthday gifts for two grandchildren, when I came across Hermann Hagedorn’s “The Book of Courage.” This 90-year-old collection of biographies for young people salutes luminaries as diverse as Clara Barton, Daniel Boone, David Livingstone, Mahatma Gandhi, and Queen Elizabeth I.

Here, too, are figures our culture has canceled or derided in the past decade, men such as Andrew Jackson, Robert E. Lee, and Abraham Lincoln. The years and the fingers of earlier generations have left this volume tattered and worn, but for $5, it was still a bargain. Today it sits on my “grandkids’ shelf” in the living room, awaiting new explorers of the past.

Frequently, readers write me asking for book recommendations for students, particularly those having to do with history. Despite “cancel culture,” we can still find excellent accounts of our nation’s past for young people. Here are some of my personal favorites, books I read as a child, shared with my children, or discovered from other sources, and which can supplement your study of American history.

“A Child’s First History of American History” by Earl Schenck Miers seems a fine narrative history for readers 8 to 12 years old. The history runs from the days when the Vikings came to North America up to the mid-20th century. Though I have never read the book in its entirety, homeschool book reviewer Cathy Duffy urges readers to buy it in the hardcover edition “because you will probably want to hold onto it forever.”

DK Publishing puts out the “Eyewitness” books and other works on American history, many of which can be enjoyed by primary grade children. Even my 3-year-old grandson enjoys the pictures in the Eyewitness books on cowboys, the American Revolution, and the Civil War.

Some of my favorites books as a youngster were those found in the “Childhood of Famous Americans” series. Suitable for readers in grades 3 through 6, these biographies tell the stories of the early years of famous Americans, and then, in the last chapter, relate their accomplishments as adults. Biographies of Amelia Earhart, Henry Ford, Ronald Reagan, and some 40 other men and women remain in print.

Other favorites of my boyhood were Holling C. Holling’s stories of our past. In “Minn of the Mississippi,” for example, which I still own, a snapping turtle, Minn, floats down America’s longest river, and we accompany it, learning science and history along the way. Also at home on my bookshelf is Holling’s “Tree in the Trail,” which focuses on a cottonwood tree and through its history tells the story of the Great Plains and the Santa Fe Trail. These books are appropriate for upper-elementary and middle school students.

Genevieve Foster’s “World” books might also enhance your children’s study of American history. In volumes such as “George Washington’s World,” “Abraham Lincoln’s World,” and “The World of William Penn,” Foster explores not only the lives of such historical personages, but also spends time introducing the young to the era in which they lived. Students ages 8 and up should find these biographies chock-full of information, and even adults might learn from them.

Depending on the reading abilities of your teenagers, they can find plenty of solid histories for their edification and enjoyment.

Google “classical American history books for teens,” and you’ll find several textbooks available that might provide excellent overviews of American history. I’ve read “A Patriot’s History of the United States” by Larry Schweikart and Michael Allen; I used Paul Johnson’s “A History of the American People” as a text for my Advanced Placement U.S. history class; and I have raved to friends and in reviews about Wilfred M. McClay’s “Land of Hope: An Invitation to the Great American Story” and the workbook that accompanies it. All of these books offer a balanced account of our American past. If you are considering using one of them as a textbook, I would highly recommend “Land of Hope.”

Let me suggest as well including “The 1776 Report” in your home studies of America. It’s a fine summation of our story.

Biography is an excellent vehicle for teaching our teenagers about the past.

When I was teaching, my students read autobiographies such as Booker T. Washington’s “Up From Slavery” and Louis L’Amour’s “Education of a Wandering Man,” which offers an excellent look at that writer’s reading habits and adventures during the Depression. Older students studied the early life of Theodore Roosevelt in David McCullough’s “Mornings on Horseback” and read his biography of John Adams as well.

Students might also explore historians such as Stephen Ambrose, whose books such as “Undaunted Courage: Meriwether Lewis, Thomas Jefferson, and the Opening of the American West” and “Citizen Soldiers” deservedly became bestsellers. Here I would highly recommend making an expedition to your public library, introduce your teens to the American history section, and spend some time browsing with them. There you should find a large number of good, interesting books on the history of our nation.

Novels based on actual events are another wonderful way to explore the past. Here are just a few suggestions.

Esther Forbes’s “Johnny Tremain” recreates Boston just before the American Revolution. Michael Shaara’s “The Killer Angels” vividly recounts the Battle of Gettysburg, a novel in which Schaara brings characters like Robert E. Lee and Joshua Chamberlain to life on the page. An earlier novelist, Kenneth Roberts, did the same for Colonial America and the Revolution in stories such as “Rabble in Arms” and “Arundel.” In “True Grit,” author Charles Portis introduces us to Mattie, a girl determined to avenge the murder of her father and who embodies the Code of the Old West. Betty Smith’s “A Tree Grows in Brooklyn,” another book read by some of my students, transports the reader to immigrant life in that borough at the turn of the 20th century.

Many complain today of the widespread ignorance of so many Americans regarding their heritage. We blame their education, and perhaps rightly so, but if we fail to teach that past, we are responsible as well.

With all the resources available—we’ve only reviewed a fraction of them here, and we haven’t even looked at the many fine movies about the past—we have little excuse for our failure to hand on our culture to the next generation.

David McCullough once wrote that “history is who we are and why we are the way we are.”

If we learn some history, we’ll know who we are.

Jeff Minick has four children and a growing platoon of grandchildren. For 20 years, he taught history, literature, and Latin to seminars of homeschooling students in Asheville, N.C. He is the author of two novels—“Amanda Bell” and “Dust on Their Wings,” and two works of non-fiction, “Learning as I Go” and “Movies Make the Man.” Today, he lives and writes in Front Royal, Va. See JeffMinick.com to follow his blog.