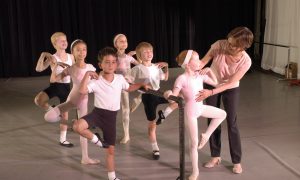 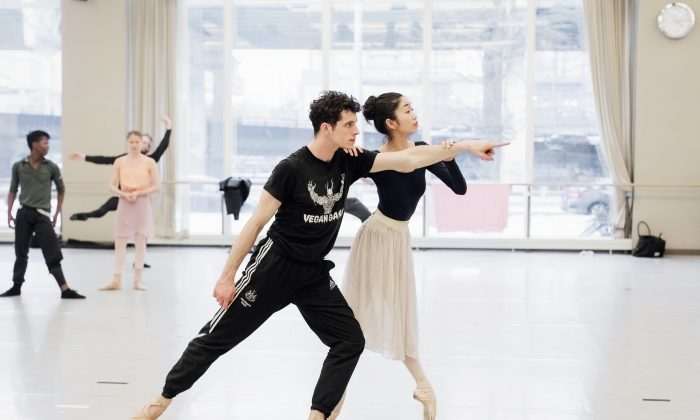 Through a child’s eyes: ‘Alice in Wonderland’ returns to the stage

TORONTO–Children have the tendency to explore the world with wonder—they see and understand life with a pure and curious heart, often unafraid of the unknown.

Perhaps that is one of the reasons why Lewis Carroll’s 19th-century novel “Alice’s Adventures in Wonderland” continues to fascinate children and adults alike.

Dancer Miyoko Koyasu, who is set to debut as Alice in the National Ballet of Canada’s stage adaptation of the beloved novel in Toronto this month, is learning to re-evaluate her own life through portraying the role of the young girl.

“Sometimes when you look at things from younger children’s eyes, everything is different,” she says.

In the ballet, as in the book, Alice falls asleep and awakens in a world of wonder, where she meets a variety of fantastic characters that challenge the way she perceives life.

“I feel when Alice reacts to a character that’s different … she is curious to explore it.”

“I want to know about it, I want to touch it, I want to go through the [magical Cheshire] cat without fear of what’s going to happen afterwards,” she explains.

As someone who tends to worry about the consequences of her actions, embodying Alice’s fearless exploration is freeing for Koyasu, inspiring her to build up her courage both as a person and dancer.

“Learning this feels like sometimes it’s okay to take a risk,” she says. “I can do bigger steps and it’s okay. As a dancer, it helps me build that dynamic and not be small.”

This is the first principal role for Japanese-born Koyasu, who first came to Canada as an eager 16-year-old more than 10 years ago.

Like Alice, she didn’t think much before jumping into a new world. “I was curious about how ballet life is in a foreign country. I got a chance and I grabbed it.”

Koyasu first studied at Canada’s National Ballet School and then joined the National Ballet in 2011. Recently, she has played the lead roles of Olga in “Eugene Onegin” and Princess Florine in “The Sleeping Beauty.” In 2018, she was promoted to the position of second soloist, but Alice is her first principal role, a dream come true for any young ballet dancer.

However, as with any great opportunity, it comes with a great challenge. Koyasu needs to carry the story onstage for most of the production, a feat requiring the kind of stamina she is not used to. She tackles this by challenging herself to work harder and push her boundaries.

“When you finish your pas de deux or a solo, when you’re tired, you push to do a little bit more,” she says.

Koyasu is not only growing as a dancer, but also as a person. “Every time I dance a new role, I feel like I become somebody else … you learn to think from the character’s perspective,” she says.

She notes this experience helps her become more open-minded. Like Alice journeying through wonderland, Koyasu is discovering, learning, and becoming more mature. One of the most precious lessons has been to believe in herself.

“Halfway through [my career], I realized it’s okay, I don’t have to be perfect. People have their own problems, I have my problems, we all have different life stories,” she says. “Being able to realize this has had a big impact on my life.”

Toward the end of both the ballet and the novel, Alice learns be brave and care for others. When the characters in the dream argue madly and blame each other, she speaks up and puts an end to the chaos.

“She is not the only one who changes; she changes herself and other people … It moves their heart … I feel she has a genuine, pure voice.”

“Alice’s Adventures in Wonderland” was created by British choreographer Christopher Wheeldon with music by Joby Talbot as a co-production of the National Ballet of Canada and the Royal Ballet in the United Kingdom. It first premiered in 2011 in London, and in Toronto later that year. This is the fourth time that the National Ballet is staging it in Toronto. Koyasu is one of four dancers set to portray Alice.

“Alice’s Adventures in Wonderland.” runs March 7-17 at the Four Seasons Centre for the Performing Arts. For more information, visit: https://national.ballet.ca