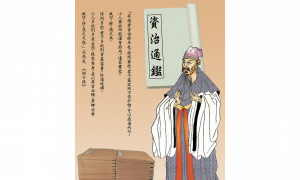 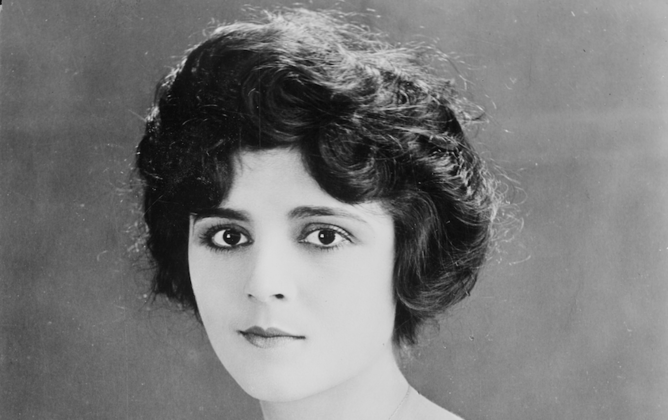 The life Adams was leading 100 years ago was far from a Hollywood fantasy. (Library of Congress Prints and Photographs Division Washington, DC.)
Arts & Culture

This Woman’s Work: The Onscreen and Offscreen War Service of Claire Adams Mackinnon

Amid the international commemorations of the centenary of The Great War, one name may not be on everyone’s lips. But I would argue it should be.

Claire Adams Mackinnon—for those who don’t know—was a glamorous silent Hollywood movie star who stole the heart of Melbourne bachelor Donald Scobie Mackinnon and lived the last 40 years of her life in high-society Victoria.

My recent research, published in the screen culture journal Refractory, explores for the first time Adams’ nursing service and starring roles in feature films made during the first world war. Viewing Adams’s early career within this historical context sheds new light on her significance within the early film industry and provides insight to the origins of her community service.

This work confirms not only that she was an admired actress of her day: she also demonstrated great courage and a strong sense of public service during the turbulent war years.

The life Adams was leading 100 years ago was far from a Hollywood fantasy. Born into two Canadian military families in Winnipeg in 1896, Adams appeared in 18 short motion pictures between 1912 and 1914 as “Clara” Adams for the Thomas Edison Film Company. When war broke out between England and Germany, she quit acting to contribute to the war effort.

She applied to join the Voluntary Aid Detachment or VAD service, a corps of nurses and ambulance drivers trained and managed for the Red Cross by St John’s Ambulance. But owing to her youth and inexperience, she was turned away. Undaunted, Adams enrolled in Detroit’s Grace Hospital Training School for Nurses, one of the most respected teaching hospitals in North America.

By June 12, 1915, Adams was listed on a ferry passenger manifest as an 18-year-old student nurse travelling across the border from Toronto, where her father resided.

All countries or dominions of the British Empire became responsible for the convalescent care of their own wounded troops when casualty numbers exceeded British expectations and resources. Deer Lodge was established as a repatriation hospital in Winnipeg in October 1915. Adams volunteered to work in her home town’s local hospital.

In early 1916, she is recorded as living with her mother in Winnipeg and working as a “doctor’s assistant”. Young women working in any capacity at a hospital during the Great War were referred to as Red Cross nurses. Moving back to Winnipeg also offered Adams the chance to participate in another historical event.

In January 1916, the women of Manitoba Province were the first in Canada to be granted the right to vote.

Following the Battle of the Somme in July 1916, the number of wounded Canadian troops requiring convalescent care rose from 2,620 to 11,981 by the year’s end. In 1916, Adams was still only 19 years old. When interviewed later in life she explained that she had collapsed that year “under the strain of her work” and returned to motion pictures.

In doing so, she continued contributing to the war effort, but on a scale that exceeded anything she could have achieved in Winnipeg.

When the United States entered the European conflict in 1917, the US chapter of the International Red Cross was charged by the government to raise funds and volunteers to maintain an active presence on the battlefields of Europe.

The Red Cross recognised the timeliness of motion pictures as an effective means to achieve that end. The National Association of the Motion Picture Industry (NAMPI), chaired by famed producer Jesse Lasky, was enlisted to promote the organisation via a suitable motion picture.

Noted satirist, commentator, and graphic artist James Montgomery Flagg, enjoying a career high as the illustrator of the ubiquitous Uncle Sam recruitment posters, wrote the script. Jack Eaton, who previously worked with Adams at Edison, was brought in to direct.

Under her new stage name “Peggy” Adams, Claire was cast as a nurse named Ethel, the star of The Spirit of the Red Cross (Jack Eaton, 1918). Ethel was the sweetheart of Sammy, played by Ray McKee. When Sammy enlists with the army and sails for France, Ethel volunteers as a nurse.

The film portrays the work of the Red Cross in the field, assisting refugees, nursing and caring for the wounded. On April 21, 1918, The New York Times described Sammy heading for the battlefield, envisioning “Ethel in her white uniform, watching over him”, until:

After a charge, he lies on the ground with a bullet in his chest, half conscious. The vision of Ethel awakens him, just as a German comes forward slaying the wounded. Sammy grips his revolver and shoots the enemy. Later, removed to base hospital, Ethel finds him and nurses him back to health.

At the time, the film was considered to be “some of the best work done in motion picture making”. What makes the campaign remarkable is that it was the one of the first times such overtly propagandist imagery was mobilised nationwide, amplified by the emotive and visual power of motion pictures.

The American Red Cross expected their national fundraising drive to receive “considerable impetus” from the film. Cinema proprietors donated all takings to the cause. The New York Times noted that they hoped to raise US$100 million, (or around US$1.8 billion today).

By the time the Armistice was declared, seven months after the film’s release, the Red Cross had raised approximately four times that sum and one-third of the US population (approximately 39 million people) were either contributing members or active volunteers of the Red Cross.

Flagg’s poster promoting The Spirit of the Red Cross (above) depicts Adams’ character floating over the battlefield. Ethel valiantly directs stretcher-bearers toward the unseen wounded. The plaintive caption declares:

Not one shall be left behind.

Well into her old age, it was accepted that Adams had been a nurse for the Red Cross during the first world war. Having taken part in such a high-profile and hugely successful campaign, I suggest that Claire Adams was not simply “a nurse” for the Red Cross: she was The Nurse, the face on the movie poster, the selfless guardian of the wounded and the embodiment of the spirit of the Red Cross.

The next motion picture Adams starred in was another high-profile government-sponsored film made for the war effort, which proved remarkably popular. However, The End of the Road (Edward H. Griffith, 1919) swiftly became one of the first major censorship scandals of the motion picture industry.

(I explored the reception of this film, which addressed the spread of venereal diseases, the need for women’s sex education and Adams’s public advocacy for these campaigns, in greater depth in When a Good Girl Goes to War, published last month.)

This snapshot from Adams’s early life reflects the new opportunities available for young women during the war years, encouraged by the women’s independence movement and the development of the motion picture industry.

Adams became something of a role model and mediator between the realities and the fictions. Her characters in The Spirit of the Red Cross and The End of the Road were strong female protagonists, created to inspire and advocate for action, encouraging all viewers, particularly young women, to change their lives and in doing so play an active role in changing their world.

“These roles embody many of the values associated with the New Woman, such as feminism and social reform,” wrote Lesley Speed in her article addressing Adams’ impact in Australia, published earlier this year in Screening the Past. “But unlike some of her Hollywood contemporaries, such as Clara Bow, her work often reflects a social conscience.”

Adams never lost her sense of duty and social conscience. Indeed, she and her husband continue posthumously to support community causes, including the Australian Red Cross, via a substantial trust established after her death in 1978.

We’d do well to remember Adams’s service in front of the camera and behind the scenes, not only in Australia, but also for our allies in the conflict—Canada and the US. At different stages of her fascinating life, she was a proud citizen of them all.