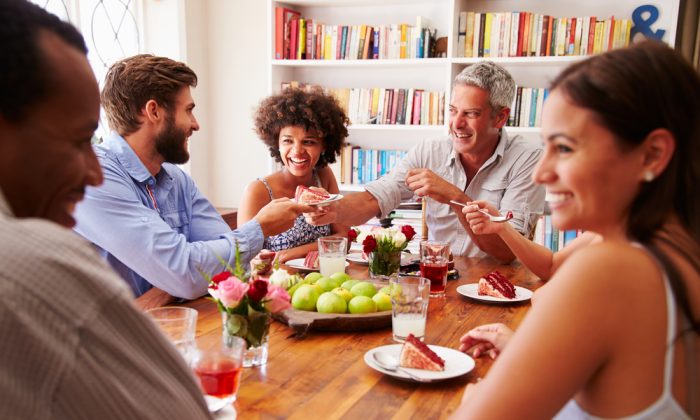 Ahh, sugar. With just one small bite, it enters our bloodstream and rushes the body with pure energy. These days, it’s common to hear researchers compare sugar’s addictive qualities to those of cocaine.

We just can’t keep ourselves from eating it. Our bodies are hardwired to love it. Think about it: Have you ever seen a baby turn down a sweet?

Not surprisingly, the global market for sugars and other sweeteners is over $100 billion, and industries that use sugars—such as beverages, confectionary, baked goods, oral care, and medicinal syrups—are worth close to a trillion dollars. About 75 percent of manufactured food products use some form of added sugar, according to a study published in the Journal of the Academy of Nutrition and Dietetics.

It’s the same sugar, but it’s physically altered to maximally satiate our tongues, so we consume less and protect our health.

An Israeli startup is eyeing these markets with a healthier solution. The company’s bet is that our love for refined sugar is not going anywhere, even if the associated health concerns from consuming too much of it are weighing us down.

DouxMatok, which means double-sweet in Hebrew, has engineered a new form of sugar that offers the same sweet experience with only half the calories or fewer. It’s the same sugar, but it’s physically altered to maximally satiate our tongues, so we consume less and protect our health.

To make DouxMatok sugar, the company attaches regular sugar to a micron-sized, food-safe silica molecule (one of the most common substances on earth), using covalent bonding.

This greatly increases the particle’s surface area, so when the sugar dissolves on the tongue, the taste buds are exposed to more of the sweet taste, and we feel satisfied.

The technology would allow us to continue consuming the chocolate and cakes we love, while experiencing fewer of sugar’s pernicious side effects, the most common being unwanted weight gain and the development of Type 2 diabetes. The product is already approved for food use in the United States and other countries.

Ever try counting the number of teaspoons of sugar you add to your coffee, or how many your granola bar, chocolate truffle, or cookie contain?

Have you ever tried counting the number of teaspoons of sugar you add to your coffee, or how many your granola bar, chocolate truffle, or cookie contains? The recommended daily allowance of sugar listed in the U.S. Dietary Guidelines was recently halved, to 10 percent of total calories, which works out to 12 teaspoons for the average adult consuming a 2,000-calorie diet.

With sugar all around us, it doesn’t take much to exceed 12. The average American consumes more than 22 teaspoons daily, according to the American Heart Association.

Soon, even 12 teaspoons might be considered too much. The World Health Organization recently recommended we reduce our sugar consumption to six teaspoons daily, or five percent of total calories.

So how does DouxMatok’s sugar work?

Dr. Robert Margolskee, director and president of Philadelphia-based Monell Chemical Senses Center, likens DouxMatok’s concept to the idea of taking a piece of rock candy and pulverizing it. “Put it on your tongue and it’s going to taste really sweet,” he said. Eat the rock candy as a whole, and it may not taste as sweet.

He says that when it comes to taste, size and physical geometry matter.

Humans have around 10,000 taste buds, according to the Monell Chemical Senses Center. Most are on the tongue, but some are on the roof of the mouth and in the throat. When food connects with a taste receptor cell, a message is sent to the brain via nerve channels.

According to founder Eran Baniel, DouxMatok sugar tricks the brain into believing it has consumed more than it has.

That is one way of looking at it, of course, but Margolskee says DouxMatok is not a trick. Rather, from a scientific perspective, it’s common sense. “If you want to limit your sugar intake, then don’t swallow all this sugar that you are not tasting [anyway].”

DouxMatok was founded two years ago by Baniel, a scientist with a background in pharmaceutical drug development.

Speaking at the Israeli investor conference AgriVest in 2015, Baniel said the company developed a market-ready product in 18 months with $1.8 million in seed funding.

The company is now seeking a $4 million round of series A1 fundraising to intensify R&D, develop culinary applications, secure intellectual property, and move toward profitability.

Baniel said sensory tests for appearance, flavor, texture, and aroma, have proven DouxMatok sugar has no aftertaste and only a slight reduction in bitterness over regular table sugar.

This is critical in determining the potential for consumer acceptance, said Margolskee, but the company must also gain acceptance from the food processing industry.

Speaking at Foodbytes! Brooklyn in April, Baniel said it had sent out samples to the food industry and had started getting back results. The product worked for sweet yogurts and cereals in Israel and Europe, cookies and cakes in the U.K., and cranberry juice in the United States.

Baniel said via email in April the company is negotiating its first contract with a major food manufacturer. However, the company has made no public announcements since then.

Making a recipe with DouxMatok sugar can be a challenge, because the volume of sugar must be greatly reduced.

When they first brought DouxMatok sugar to a large chocolatier, the chocolate maker “went white in the face,” because the size of the chocolate was reduced by 40 percent.

While DouxMatok sugar costs the same as or less than commodity sugar, finding an appropriate filler such as more cocoa or other ingredients could be too costly for the chocolate maker.

But one trend going in DouxMatok’s favor is increasing consumer concern over portion size. This suggests that some food makers may see value in DouxMatok’s offerings without the need for fillers.

And in case the food industry wants to reduce salt or use other sugar options, such as aspartame, saccharine, sucralose (Splenda), or high fructose corn syrup (HFCS), DouxMatok’s process works for these substances too.

If DouxMatok can break through food industry barriers and gain acceptance as a food ingredient, we may all benefit by getting to enjoy all the tasty food we want, with fewer associated health hazards.

About a year later, the chocolate maker contacted DouxMatok again, said Baniel, and they wanted to talk.

How Does Flavor Work?

Flavor is comprised of three elements, and taste is only one of them.

Second, our sense of smell, in the form of 400 different olfactory receptor proteins located mostly in the upper reaches of the nose, work to detect fragrant volatile molecules in food.

A literature review published in the peer reviewed journal Flavor suggests that between 75 and 95 percent of what we think of as taste actually comes from smell.

If you have a bad cold and your nasal passages are blocked, you may taste the sweetness in a strawberry, but you would not know it’s a strawberry. Strawberry “flavor” is actually a smell.

The third element is chemosensory irritation, which operates via the trigeminal nerve. This is a system of thousands of nerve endings located in the nose, mouth, throat, and eyes.

This is what is responsible for the burning sensation we feel when we consume something spicy, like chilies or ginger, or tingly foods, like bubbly drinks. These sensations can be enjoyable in small amounts, but chemical irritation is actually a warning system that tells the body it could be harmed by chemicals.

All ingested food is a chemical stimuli for the body. It sets off a cascade of molecular and cellular events that are converted into electrical signals that mingle in the taste center of the brain to register flavor.

Flavor is much more complex than we might have thought.