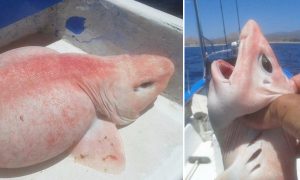 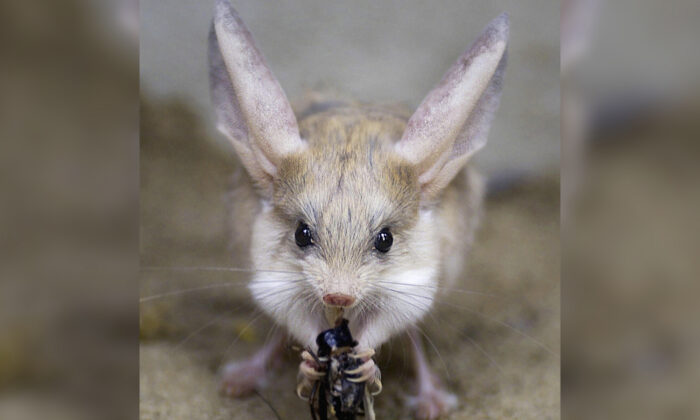 This Rodent Has the Largest Ears (Relative to Its Body) on Earth–and It’s Adorable!

You’d be forgiven for thinking that the long-eared jerboa was dreamed up by the imagination of a gifted artist. After all, it has elements of a mouse, kangaroo, pig, rabbit, and many more creatures, wrapped up in an adorable little package.

Yet this big-eared, long-tailed jumping mouse-like rodent actually exists, and can be found in the deserts of southern Mongolia and northwest China. Up until recently though, very few people even knew it existed at all.

It was captured on film in its natural habitat in 2007 by a Zoological Society of London expedition to the Gobi Desert. It is a rare nocturnal creature that lives in underground burrows, and is believed to have a lifespan of 2–3 years.

However, it is the jerboa’s physical appearance that makes it stand out from the crowd.

It boasts the largest ears, relative to its size, of any living creature. In fact, the ears are two-thirds the size of its whole body. They are thought to be so large to help release heat, according to National Geographic, a vital adaptation for living in the desert.

The massive ears are not its only distinctive feature though. Its body is only 2.8–3.5 inches long, yet its tail is double that. And the peculiarities don’t end there.

It also has kangaroo-like hind legs, which means that it can propel itself forward with some very impressive leaps. The front legs, however, are tiny by comparison and so aren’t really used for getting around. They are used more for eating.

“Jerboas have very erratic locomotion, adopting a zigzag trajectory, and can jump several feet both vertically and horizontally, even though they are usually about the size of your fist,” Talia Yuki Moore, a Harvard graduate student studying locomotion in three jerboa species, told National Geographic.

These skillful movements help the jerboa to better hunt its favorite food—insects, and they also help it to confuse and avoid any predators that are hunting it.

Such natural abilities were even recognized and adopted by the British Army.

National Geographic writes that the jerboa was used as a mascot during World War II by the British 7th Army Brigade—the so-called Desert Rats. The creature even appeared on patches worn by the soldiers who fought in the campaigns of North Africa.

There are in fact 33 species of the jerboa, found across North Africa, the Arabian Peninsula, and Asia, with most living in desert regions.

One thing is for certain: although the jerboa may be a hodgepodge of a lot of other creatures, it certainly does stand out from the crowd.

More interesting facts on jerboas can be found here.