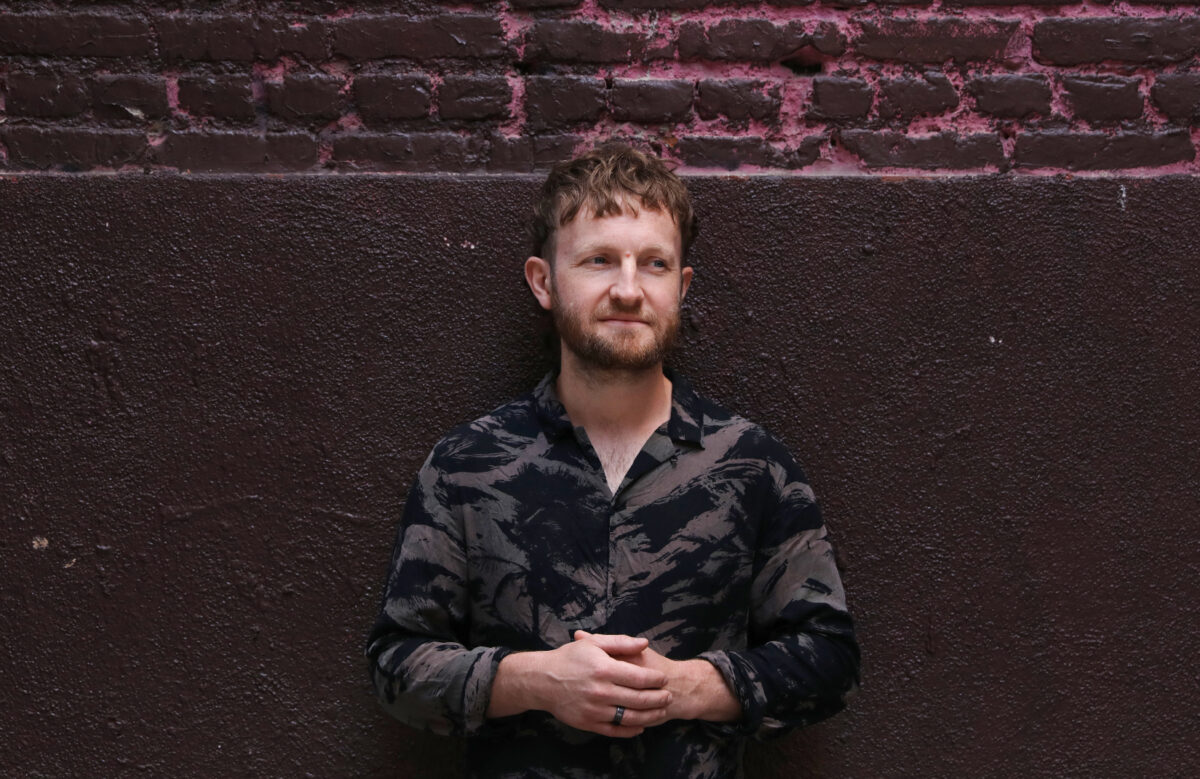 This Restaurant Runs With No Trash Cans. ‘It’s the Right Thing to Do’

“I’ve had a series of unusual circumstances which has led to having a vision, and not necessarily my own vision, actually. I’ve piggybacked onto a vision, which has sort of defined my life; it defines what Silo is and why Silo is,” he said of his London restaurant, which is widely credited as the world’s first fully sustainable restaurant. “It’s not borne out of love of cooking or a love of sustainability, but I just didn’t do very well in school.”

McMaster, leaning back in his chair in a downtown L.A. hotel, was visiting Los Angeles as the keynote speaker of L.A.’s first MAD Monday — an edition of the public talks regularly hosted in Copenhagen by Noma chef Rene Redzepi’s MAD Foundation. “You may say, ”What has this got to do with waste?'” he asked. “It created something of a failure complex, and when you feel like a failure, you apply yourself to a project differently. I dropped out of school and found my way into a kitchen.”

The restaurant industry’s more egalitarian footing for new hires and its creativity drew him to the trade. He worked at Fergus Henderson’s nose-to-tale institution St. John in London. He staged at Noma for a day. A year later, he did a two-week stage at Sweden’s now-shuttered two-star restaurant Fäviken, headed by Magnus Nilsson, who is now director of the MAD Academy. All were restaurants that took sustainability issues seriously, but it wasn’t until he was cooking in Sydney in 2011 that he stumbled upon an exhibit by interdisciplinary artist Joost Bakker, who at the time was constructing buildings that could grow food.

“There’s this real incredible vista of the [Sydney] Harbour Bridge and the Opera House and then there’s what looked like something out of ‘Mad Max’ but in a kind of brilliant way, in a really beautiful way,” McMaster said. “It was made out of all these waste materials and it was just something you’ve never seen before, and it was this building that was growing food everywhere — every square inch, some plant was growing out of some crevice.”

McMaster felt instantly possessed by what he can only describe as positive energy and the realization that he wanted to pursue projects like this for the rest of his life. “I knew it was my future — very, very spooky,” he said. Within 20 minutes of meeting Bakker, the artist proposed McMaster become the chef of his next installation.

Bakker then asked a question that would define the next decade-plus of McMaster’s life, a simple request at the heart of Silo’s mission: “He said to me, ‘Could you not have a bin?’ And I was 23 and like, ‘What the hell does that mean?'” Not wanting to lose the opportunity, he said “yes” without understanding what, exactly, it would entail for a restaurant to not include a trash can. It has become central to his life’s work, and when he opened his own place, Silo (originally in Brighton), touted as the first restaurant without a trash can, it sparked international attention that has brought years of interest and hundreds of fellow chefs to the cause.

“It’s very hard. It’s stressful, but it’s the right thing to do,” he said. “The distinction that I think is critical to point out is the world, let’s just say for argument’s sake, the western world, is predicated on what I would call an industrial food system — in terms of these huge monocultures, these huge productions, and it’s all feeding into these big warehouses.”
He sees the food system as “indirect,” with many steps and delivery stops between the maker and the consumer: packaging, processing, handling, storage. In the case of fresh food, these added steps and stops can diminish quality or freshness. “A farmers market is a great example of direct trade,” McMaster said, “because it’s literally farmer to consumer. Everything else, 99.9% of the food industry, including what restaurants use, is this indirect industrial supply chain.”

The chef and his team pinpointed steps and items they view as superfluous — food dyes, excess packaging that takes decades to break down, if it does at all — and try to eliminate them. They source directly from farmers, most located within an hour of the restaurant. Produce is brought to the restaurant in reusable storage vessels; those same carrying vessels are returned to the farmers, with the next batch held in another reusable crate or, in the case of milk and cream, reusable pail.

Because deliveries aren’t daily, Silo uses what McMaster calls a “ninja, chef, kind of don’t-waste-anything, holistic, circular-cooking way.” The team tries to utilize every last morsel of an item so that by its end, there’s very little that is inedible: Eggshells and pulps from stocks or herb oils are compostable, which he says forms roughly 95% of his restaurant’s waste mitigation.

The last 5% required tougher, more creative solutions. Items that can’t be digested by guests — clothes, Sharpies, computers, cooking equipment, tools, cleaning supplies — pose the larger problem. Without a trash bin, what becomes of these discards, especially when some cannot be composted or recycled? ” The last 5%,” he said, “takes about 95% of our time and our stress.”

His system, McMaster admitted, is imperfect but human. And to be human is to err. Eventually he hopes to completely break down that final 5%. Until then, it’s art, in a sense. There is a bin for what he calls “alien waste”: They’re large Cambro containers tightly packed with used Sharpies, the packaging for the restaurant’s industrial oven cleaners and whatever else can’t be reused. The restaurant currently only has four or five of them filled, but when they reach critical mass, McMaster plans to craft them into a sculpture that spells out one of his favorite sayings — the apropos “HUMAN ERROR” — and stake it along the canal where the restaurant sits, ideally spurring discussion of how waste affects the planet.

“When starting [Silo], I thought that it would just be the first and then loads of people will do it,” McMaster said. “There’s been very, very, very minimal activity in that space.”

A discussion with his mentor, Nilsson, could provide an answer: Many chefs and restaurateurs, he said, might not think it’s real — that a business can say it’s zero-waste, but how accurate is that, really? According to McMaster he’s really doing it, or doing it to the best of his abilities. As studies continue on the state of climate change and dwindling biodiversity and the future of farming and microplastics appearing in our bodies, he expects more chefs will follow suit and that more diners will care and demand the disruption of our current food systems. Lately he has seen interest from not only young chefs but head chefs and celebrity chefs who want to stage at Silo to implement the closed-loop practices at their own restaurants.

“I know in my gut that what we’re doing is very significant, and it’s the right thing to do,” McMaster said. “And it’s inevitably going to be the future. I really believe it.”
So, what can kitchens do to begin?

Not everyone has to — or even should — run their sustainability programs as strictly as he does, McMaster says. Even a few tweaks can create major results in a restaurant, such as switching from sourcing products to crafting them in-house: making butter from cream, making flour from wheat, making yogurt from milk. Dedicated labor to do this is more expensive, he admitted, but it cuts down on waste, removes excess packaging and keeps the final product closer to the initial farmed ingredients. If kitchens can’t afford the designated manpower, admittedly already difficult now as the industry faces unprecedented staffing challenges, McMaster recommends sourcing these products directly from farmers in reusable packaging.

Another recommendation is buying from makers nearby: Are there specialists closer to home making high-quality mozzarella that would not require the carbon footprint of frequent freight shipping from Italy? It could be as simple as making a checklist of potential items or trade routes that need only a slight change for large impact over time and at restaurant volume.

At Silo, which runs through natural wine, McMaster wasn’t satisfied recycling glass bottles; importing much of his selection from countries beyond Britain was weighing on him enough, and he wanted to offset further. He opened a pottery studio above the restaurant, where artists can use the space and also potentially aid in their goals, and asked one to crush the wine bottles and, with the use of the kiln, upcycle the wasted glass into tableware, light fittings and whatever else they can devise.

One of the greatest sources of waste in restaurant kitchens is also the thinnest: When it comes to “clingfilm,” or Saran or plastic wrap, it’s ubiquitous. He frequently suggests a world without plastic wrap to chefs, often to stunned silence. “Then there’s this drum roll,” he said, “and I’m like … ‘lids.’ It’s crazy how simple some of these solutions are. We just use lids! We have lids for every container, very much by design.”

And, of course, there’s always composting waste, whether it’s implementing an in-house system or piggybacking on local compost dropoffs or pickups. Silo has been experimenting with waste not simply as compost but anaerobic digestion, providing friends at breweries with a conversion machine that can turn excess mash from beer into biogas or biofuel.
Laura Hoang, chef de cuisine of Pearl River Deli in L.A.’s Chinatown, attended the five-day MAD Academy in Copenhagen this fall, with McMaster among the chefs and other professionals giving talks on environmentalism and sustainability.

She felt buoyed by the trip but returned to culture shock: Almost immediately, she said, she saw a waste collector in Highland Park dump separate recycling and trash bins into the same truck. Small efforts can feel daunting, she said, in the face of entire systems in need of change.
Still, she’s determined to enact it.

“I’m still processing everything that I took in from that space, but it got me thinking [about] what improvements we can make,” Hoang said, “and trying to convince [chef-owner] Johnny [Lee] what things are worth investing in so that there is a greater energy use. So maybe we spend less on our electricity bills.”

“Let’s say that the average person in this room provides nourishment for 200 people a day; that’s 200 times more impact potential than that person as an individual just providing for themselves,” Nilsson said back in July at MAD Monday L.A., shortly before McMaster took the stage. “And imagine, then, if all of the people in this room together made one little small change — how many people that would affect in one single day, and how big the impact of that would be. It’s really important to realize how big the potential for creating positive change is within the hospitality community.”

Or, as McMaster later said, “Waste is a human thing. We’ve designed it into this world. And I see it as our responsibility to design it out again.”