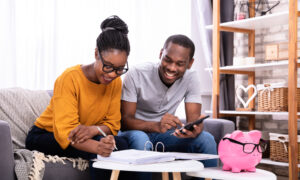 How to Get $1,000 Into Your Emergency Fund Painlessly
0
Share Now
TelegramFacebookTweetEmailTellMeWeReddit
Copy Link
Family & Home

After Brittaney Benesh’s son got a gash on his forehead, she decided to turn it into something else to cheer him up.

“The next morning, as we are getting ready to leave, Ayden is crying about leaving because he doesn’t like the big cut on his forehead, and that’s when the idea came to me,” Benesh, a California resident, told ABC News.

The transformation cheered her son up.

“Ayden loved his transformation and was ready to get on with his day,” the Vallejo, California, mother said.

The images have gone viral on social media, racking up more than 140,000 views.