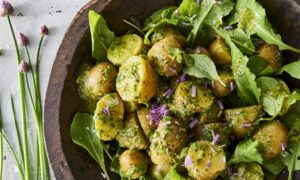 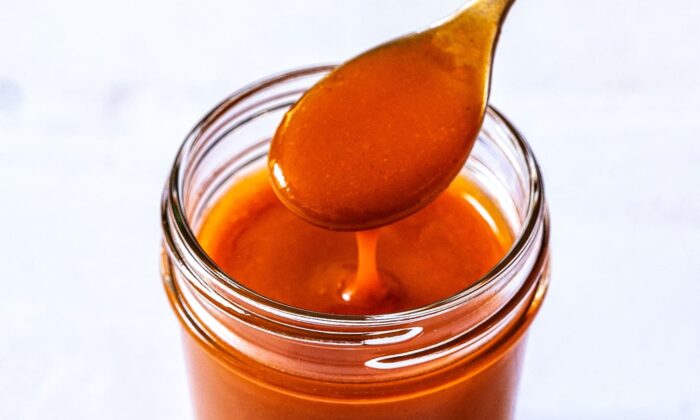 You can whip up this classic French dressing in minutes with ingredients you probably already have in your fridge and pantry. (Perry Santanachote/TNS)
Food & Dining

This Easy French Dressing Is the Perfect Balance of Sweet, Sour, and Creamy

Don’t be fooled by the name: This reddish-orange salad topper is as American as dressings get. Big, bold French dressing actually comes from Pittsburgh and not its namesake European country—it was invented in 1925 as Kraft’s very first pourable dressing flavor.

While the store-bought variety can sometimes be too cloying, this homemade version has just the right amount of sour to balance out the sweet. The best part is, you can whip up this classic French dressing in minutes with ingredients you probably already have in your fridge and pantry.

The star ingredient? Ketchup. If you want it even creamier, feel free to add a couple of tablespoons of mayo.

What Is French Dressing Made of?

French dressing is a food defined by the Food and Drug Administration, which means there’s an official recipe of sorts. It’s defined as a blend or emulsion of vegetable oil, vinegar or lemon juice, and any of the following optional ingredients:

Catalina dressing is similar to French dressing, but has less fat and more sugar. Catalina is a bolder shade of red and is runnier than French dressing. Unlike French, there’s no creamy version of Catalina.

While French dressing is traditionally served on iceberg or romaine salads, its sweet and sour flavor works well with more bitter greens, too, such as watercress and endive. And it doesn’t need to stop at leafy greens—use it to dress green beans or glaze cooked meatballs.

If you don’t have a blender, place all of the ingredients in a 2-cup Mason jar or other small container with a tight-sealing lid. Cover and shake vigorously until the dressing is emulsified.

The dressing can be refrigerated in an airtight container for up to one week. Give it a good shake or whisk to recombine before each use.