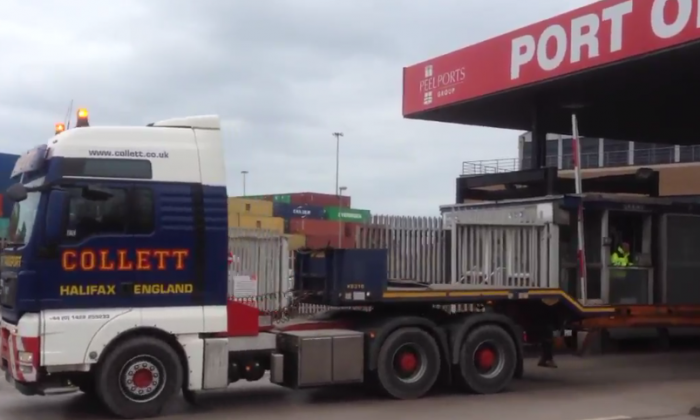 Reporters from the Liverpool Echo went down to the docks to examine the load, and still couldn’t figure out what it was, or why a small metal extrusion would need such a large truck to deliver it.

What the?! Police escort for lorry with mystery load @LivEchonews pic.twitter.com/8B4W8HGxl6

The truck had a police escort, and left the dock early in the morning.

An incident with the “abnormal load” on the highway caused a lane to be temporarily shut down.

“The abnormal load between J18-19 M6 NB has been repaired and all lanes are running traffic flow has improved”, the North West Motorway Police tweeted on Sunday.

One Twitter user seemed to have the answer for the perplexing scene:

@mkmargan Its a ‘Dummy Run’ for a wind turbine blade. Rear extrusion simulates the overhang thats present when transporting a turbine blade