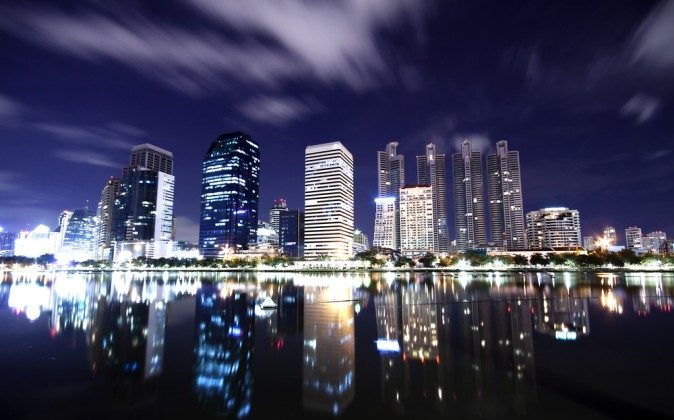 Things You’re Missing While Living in the City Life

You may think that the city life has everything. Its true, it has more than a small town by having a lot of people’s favorite stores, a variety of restaurants, and a lot of major events. Although it may have what you think everything you need, it is actually missing some significant parts. Here are some things major cities are missing that you probably didn’t think about.

You may think that Walmart is located everywhere, but your wrong. New York and San Francisco, for example, don’t have a Walmart – at least not within the city limits. There are reasons for this:

Now you can’t go moon walkin’ around in a big city Walmart.

It doesn’t matter what time you travel– whether it be midnight or rush hour there will always traffic. Of course, rush hour traffic is the worst but there will never be a time when you are traveling and no cars will be present to slow you down.

If you knew tonight there would be a meteor shower, and figured that tonight you would stay up late to watch it. Sorry, you are wasting your time! Maybe you can watch it online, but you definitely can’t see something like that in a major city. Yes, you can probably see a couple of stars, but with all that pollution, meteor showers and planets won’t be visible – much less the Milky Way.

So you want to swim in a lake? Generally in big cities big, natural, non man-made lakes do not exist. You can probably find a couple of man-made lakes around, but generally natural ones aren’t present.

5. The Sweet Smell of Fresh Air

You can’t get fresh air in a major city… unless you mean the sweet smell of fresh car smog! With all of the cars, smog is always a problem. Most people will agree that the smell of smog is not pleasant. Garbage is also a problem in the big cities, as many of times the trash is everywhere, making it very smelly.

Even in the suburban areas, having large backyards is unusual. Unless you buy a big expensive house, these houses tend to be nice and squished. So if you want to go play with your friend in your backyard, you’re just going to have to go to a park instead.

Aww that means no backyard sledding in the winter!

7. A Peaceful, Quiet, and Relaxing Day

So lets say that you want to go outside and relax on a big comfy chair without any disturbances. Well, in the big city the chances of no car horns, loud vehicles, police cars, fire trucks, and ambulances is very low. There will always be that one car who starts the car honking competition, and that racket will keep you from having a nice peaceful day.

One of the most expensive parts of city life is housing. You can never find a nice, perfect house with the perfect price you can afford. Much less is it possible to find a big house with a good price tag on it.

Waiting in line is for practically every situation. Even for grocery shopping there will always be a line. Everyone want to buy food, clothes, electronics, etc. If your short in time for an appointment, you probably have to skip grocery shopping in between or else you may be late!

Of course, almost everywhere we can find a bathroom, but we are talking about finding a bathroom in a major public shopping area. Places like Times Square, China Town, etc., are very hard to find bathrooms. In events like July 4th fireworks, New Years, parades, etc., you’d be lucky if you could find a porter potty.

But its okay, all in all we love big cities right? Instead of watching fireworks on T.V., we can just watch them in person instead!

*Image of “city life” via Shutterstock