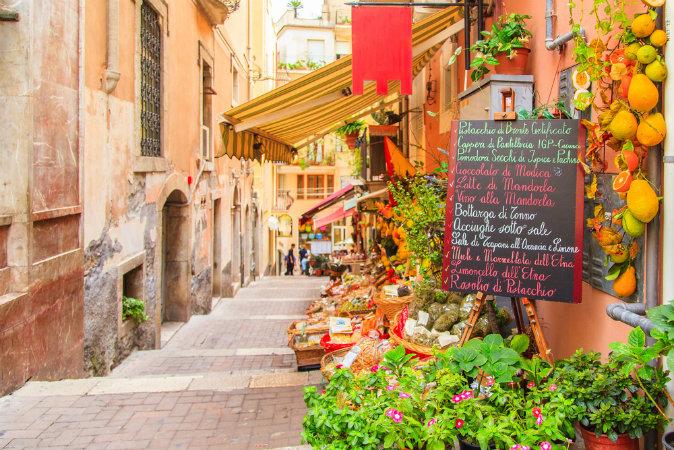 BY My Destination TIMEDecember 3, 2014 PRINT

ABOUT THE ALCANTARA RIVER PARK

On a sunny day in Autumn or Spring an excursion to the lower part of the only river-park in Sicily, the Parco Fluviale dell’Alcantara, makes for a great day out.

The Alcantara river is one of the most important rivers in Sicily. It originates in the Nebrodi Mountains near Floresta at an altitude of 1250 m, is 50 km long and empties into the sea some kilometres south of Taormina. The river was named by the Arabs Al Quantarah, meaning “bridge”. The towns situated within the park’s area preserve an important and artistic heritage. We will visit with you these small but interesting towns another time. Randazzo with its unique architecture in the black and white Etna-Baroque style, its three cathedrals and its still complete town wall, Castiglione di Sicilia and its winding narrow streets, Medieval facades and the ruins of an Arab castle, Francavilla di Sicilia, where the Monastery of the Minor Capuchin Friars, dating back to 1570, is worth a visit – the ancient refectory houses a small Ethno-Anthropolical museum and in the courtyard you will find a herbarium with local medicinal herbs. And last but not least we will take you to the impressing castle of Calatabiano.

HOW TO GET TO THE SMALL GORGES OF ALCANTARA

Our “Small Gorges of the Alcantara” excursion takes you to the part of the river valley between Francavilla di Sicilia and Castiglione di Sicilia. From Taormina and Giardini-Naxos it is only a short drive of about 30 minutes with your rented car. Take the State Road SS 185 to Francavilla and continue on the SP7i in direction of Castiglione. After the bridge ‘Ponte di San Nicola’ turn to the right and park your car. It is a pleasant drive through the countryside with few traffic and beautiful views, along olive and citrus fruit groves.

THINGS TO DO AND SEE FOR HIKERS

Hikers can go for a lovely walk along the river to the Cuba di Santa Domenica, an ancient Byzantine Church, and then further up the river valley. After the first 200 m on the lava basalt, a path on the left of the river leads to Cuba Bizantina. The path, characterised by the flat route and superb view, offers significant observation points in a stretch of the river characterized by the presence of a lava riverbed, gorges and waterfalls. Along the way there are information panels describing the site.

THINGS TO DO AND SEE FOR LESS SPORTIVE PEOPLE

Less sportive people (like us) go directly down to the river where they will find shade under trees, discover wild flowers, we found wild cyclamens which were still flowering at the end of October, and see butterflies.

*Image of Entrance to local shop in Taormina, Sicily via Shutterstock

*Image of Alcantara river via Shutterstock

*Image of Volcano Etna and cathedral in Randazzo via Shutterstock