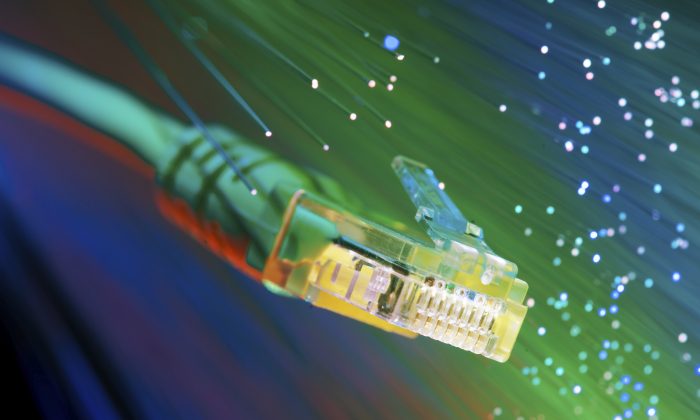 "Anelasticity is present but negligible in many macroscale materials, but becomes prominent at the nanoscale," says Huajian Gao. "We show an anelastic effect in nanowires that is four orders of magnitude larger than what is observed in even the most anelastic bulk materials." (kynny/iStock)
Science

These Nanowires Take Time to Get Back in Shape

Nanowires made of zinc oxide are highly anelastic—meaning they return to shape slowly after being bent, rather that snapping right back.

The findings suggest that the nanowires—tiny strands thousands of times thinner than a human hair—are good at dissipating kinetic energy and could be used to absorb shocks and vibrations.

“What’s surprising here is the magnitude of the effect,” says Huajian Gao, professor of engineering at Brown University and a coauthor of a new paper in Nature Nanotechnology.

“Anelasticity is present but negligible in many macroscale materials, but becomes prominent at the nanoscale. We show an anelastic effect in nanowires that is four orders of magnitude larger than what is observed in even the most anelastic bulk materials.”

“During the last decade, zinc oxide nanowire has been recognized as one of the most important nanomaterials with a broad range of applications such as mechanical energy harvesting, solar cells, sensors, and actuators,” Gao says. “Our discovery of giant anelasticity and high energy dissipation in zinc oxide nanowires adds a new dimension to their functionality.”

The experiments for the study were done in the lab of Yong Zhu, associate professor of mechanical and aerospace engineering at North Carolina State University. Researchers used a delicate apparatus to bend nanowires under a scanning electron microscope.

To understand why the effect is so prominent, Zhu and his team worked with Gao’s lab, which specializes in theoretical modeling of nanoscale systems. The model that Gao and his colleagues developed suggests that the anelasticity is a result of impurities in the wires’ crystal lattice.

Lattice impurities come in two forms. There are vacancies, where atoms are missing from the lattice; and there are interstitials, where the lattice has extra atoms.

When a wire is bent to form an arch, there’s higher compressive strain on the underside of the arch compared to the upper side. The compression pushes interstitial atoms toward the outside edge, and draws the vacancies toward the inside. When the strain is released, those impurities migrate back to where they started. That migration takes a bit of time, which is why the wire returns to shape slowly. Because nanowires are so small, the impurities need only travel a short distance to generate a perceptible anelastic effect, which is why the effect is so much more pronounced at the nanoscale compared to the macroscale.

To further test whether the anelasticity was rooted in impurities, the team tested wires made from a different material—silicon doped with boron impurities. Like the zinc oxide nanowires, the doped silicon also proved to be anelastic.

The findings suggest that anelasticity is likely a common property of single-crystal nanowires. “One reviewer [of our paper] commented that this is a new important page in the book on mechanics of nanostructures,” Zhu says. “The factors that favor anelasticity, such as high strain gradient, short diffusion distance and large diffusivity of point defects, are all prominently present in nanowires.”