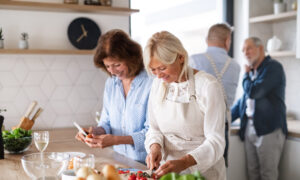 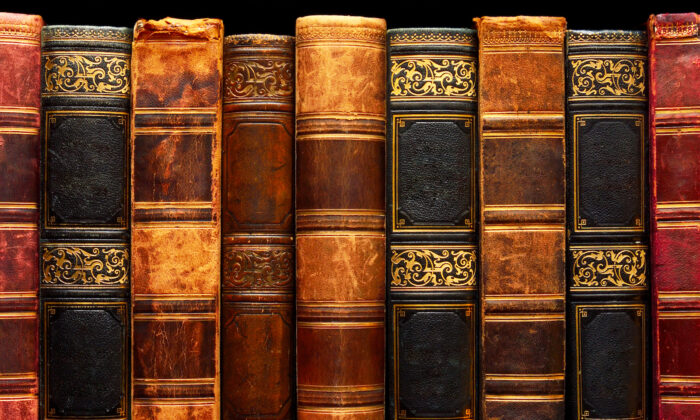 There’s More Than One Way to Burn a Book

“There is more than one way to burn a book,” Ray Bradbury once said. “And the world is full of people running about with lit matches.” Bradbury wrote the novel “Fahrenheit 451” about a world that systematically burned books.

In late December, I resolved to try to read more books than those I review for Western North Carolina’s Smoky Mountain News. I settled on a book a month, six old and six new, though I may change that proportion in favor of older books. I’ve just finished Sir Walter Scott’s “Ivanhoe,” which I found difficult at first but soon came to enjoy. In those pages I was surprised to discover themes about harsh government, ambition, and cultural destruction pertinent to our own time.

Next up is Fyodor Dostoevsky’s novel about anarchists and radicals, “The Devils,” also known as “The Demons” or “The Possessed,” depending on the translator. My own translation is that of Constance Garnett, who long ago brought so many Russian authors, including Tolstoy, into the English-speaking world.

Wanting to compare her translation to more modern ones, I set off for the public library, donned the required mask, and looked on the fiction shelves for good old Dos.

Nothing. Nada. No “The Brothers Karamazov.” No “Crime and Punishment.” No “Notes From the Underground.” And definitely no “The Devils.” Looking at the library’s catalog, I found “The Brothers Karamazov” and “The Idiot” were checked out, and a couple of the Russian’s other books were available on eAudiobook and CDs.

The day before this disappointing excursion, I received the following email sparked by another article I’d written about books. Here is part of what my correspondent had to say:

Though I know the meaning of only the first four letters of that 11-letter alphabet soup, I want to reassure this woman that I understand why librarians must remove some older books from the shelves. It’s just a question of space. As for what books the literary world is pushing at teenagers these days, that reading list might explain their high rate of depression and the feeling among some young people that the world is coming to an end.

But my understanding of discards ends when I’m looking at the “D” shelf in the library and see no books by one of the world’s most-celebrated writers. Someone has checked out the two novels owned by the library, which is good news for our culture, but shouldn’t this bastion of civilization have all of Dostoevsky’s novels and stories in its print collection?

While this absence may simply be negligence on the part of my librarians, others take a less benign stance on disappearing certain books. In our world of cancel culture, we see lots of people running around with lit matches and cans of kerosene, ready to set afire, metaphorically, any book that offends them. Books from “Huckleberry Finn” and “Sounder” to “Irreversible Damage: The Transgender Craze Seducing Our Daughters” are condemned for their failure to conform to contemporary prejudices, removed from school reading lists, and in some cases, physically burned.

As one Massachusetts teacher recently tweeted, “Very proud to say we got the Odyssey removed from the curriculum this year!”

Why this disdain for one of the world’s greatest classics? Is the reading too difficult for today’s students? Is it irrelevant? Did the teacher object to Homer’s portrayals of manhood, honor, and warriors? Does the faithful Penelope grate on today’s feminist sensibilities?

This teacher and others like her are robbing our children of their heritage. We may laugh or grouse about the ignorance of so many of our younger citizens, who can’t identify Jane Austen, our enemies in the Second World War, or the Bill of Rights, but the fault lies much less with them and more with those who taught them.

Of all the methods of conveying our civilization—painting, sculpture, music, and architecture—surely the written word must rank as the engine in this train of culture. Books were the transmitters of tradition and thought, and they remain so today. Whatever our political persuasion—liberal Democrats, conservative Republicans, libertarians—most of us recognize the literary achievements of the West, and the need to honor them and keep them alive for future generations.

The nursery rhymes of Mother Goose, the great fairy tales and poetry, the plays of Shakespeare, novels and short stories, histories, and biographies, books of philosophy and religion, political tracts like our Declaration of Independence and our Constitution: these are the heart of our civilization, and only we can keep that heart beating and healthy.

I’ll start by having a kind word with my friends, the librarians.

Jeff Minick has four children and a growing platoon of grandchildren. For 20 years, he taught history, literature, and Latin to seminars of homeschooling students in Asheville, N.C. He is the author of two novels—“Amanda Bell” and “Dust on Their Wings,” and two works of non-fiction, “Learning as I Go” and “Movies Make the Man.” Today, he lives and writes in Front Royal, Va. See JeffMinick.com to follow his blog.